Bigger and Better at Birmingham

With its 80th birthday celebrations behind it, Birmingham Airport is now tackling the next stage in its evolution. Tom Allett reviews plans for a new departure lounge. 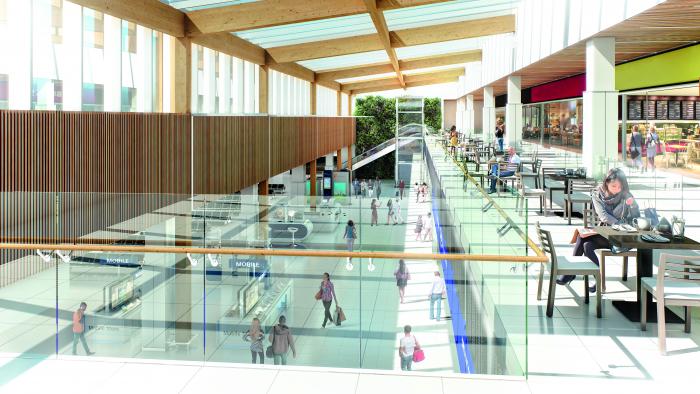 An artist’s impression of the new mezzanine area looking down on to the existing departure lounge. Maximising the use of natural light is a key element of improving the passenger experience.
All images Birmingham Airport unless stated

The facility has already undergone its fair share of new developments since the current terminal opened in 1984. It has been enlarged, creating a new pier and air traffic control tower, the runway -RYY 15/33 -has been extended by 1,312ft (400m) to 9,852ft (3,003m), with improvements to the multi-modal interchange at the adjacent mainline rail station, Birmingham International. But there’s still a lot more to come.