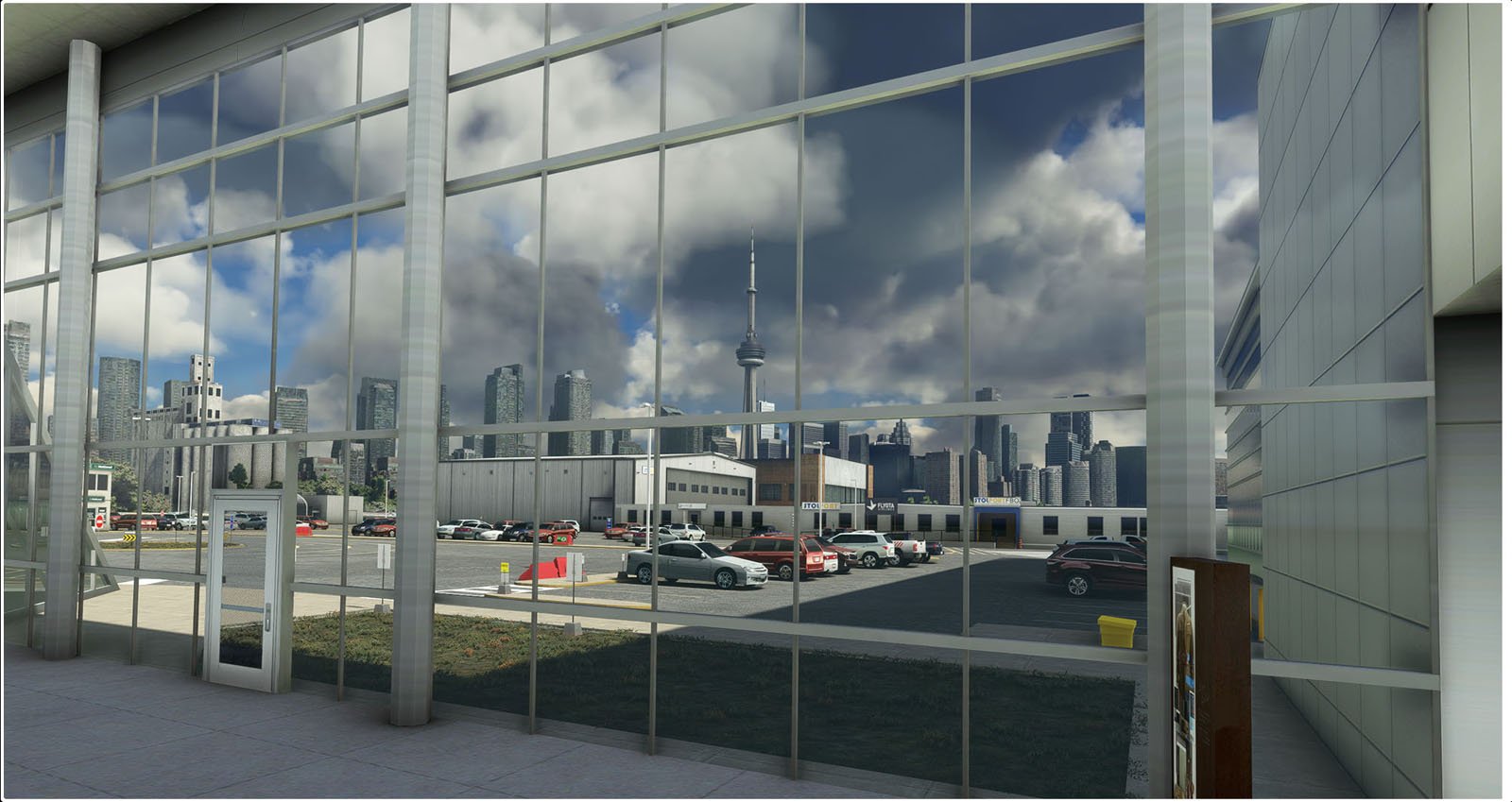 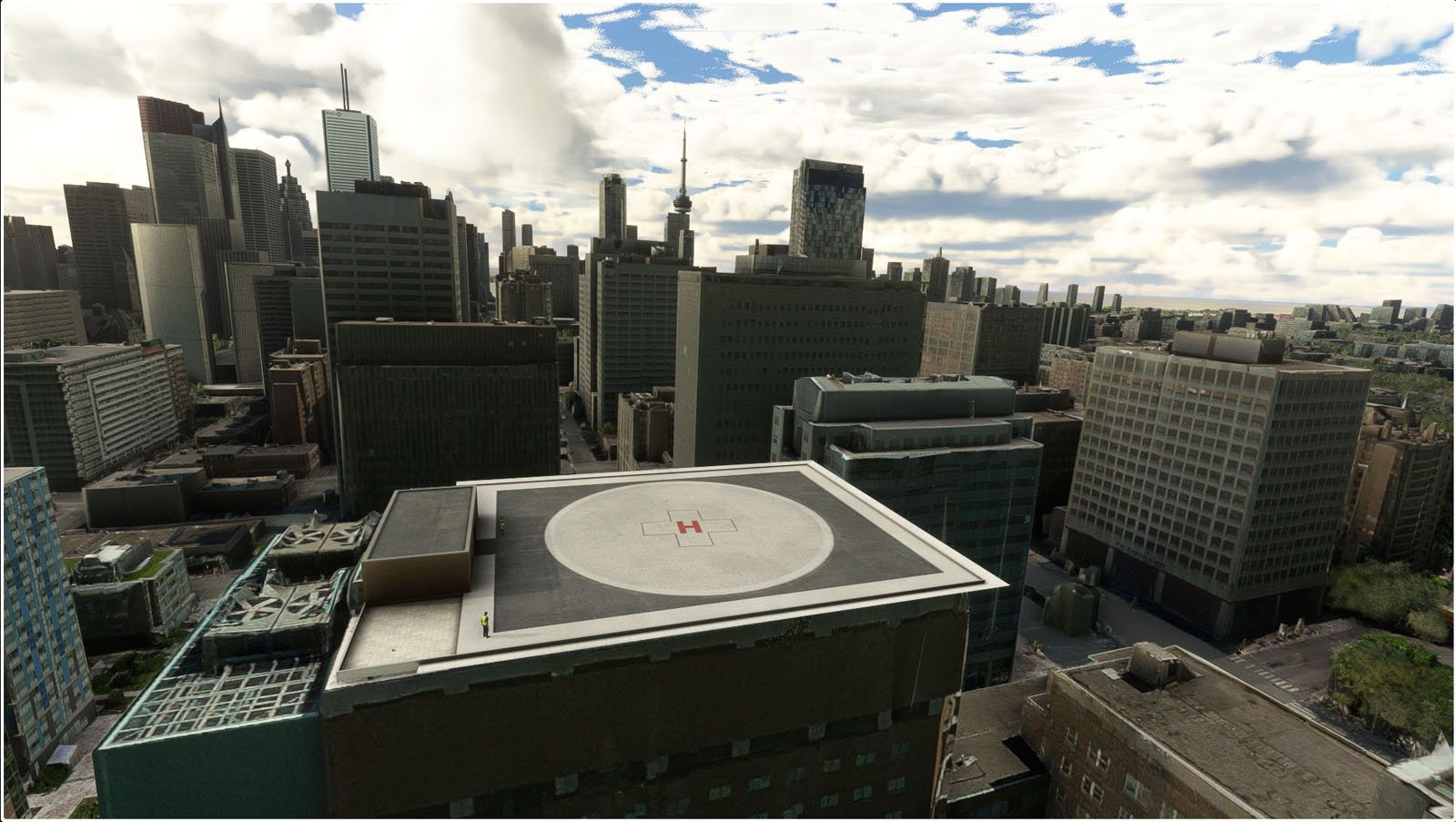 The package from FSimStudios is an accurate rendition of the actual airport based on 2022 data. Modelling of the misaligned localisers, steep glideslopes, and obstacles on approach is also included along with a static porter Q400s. 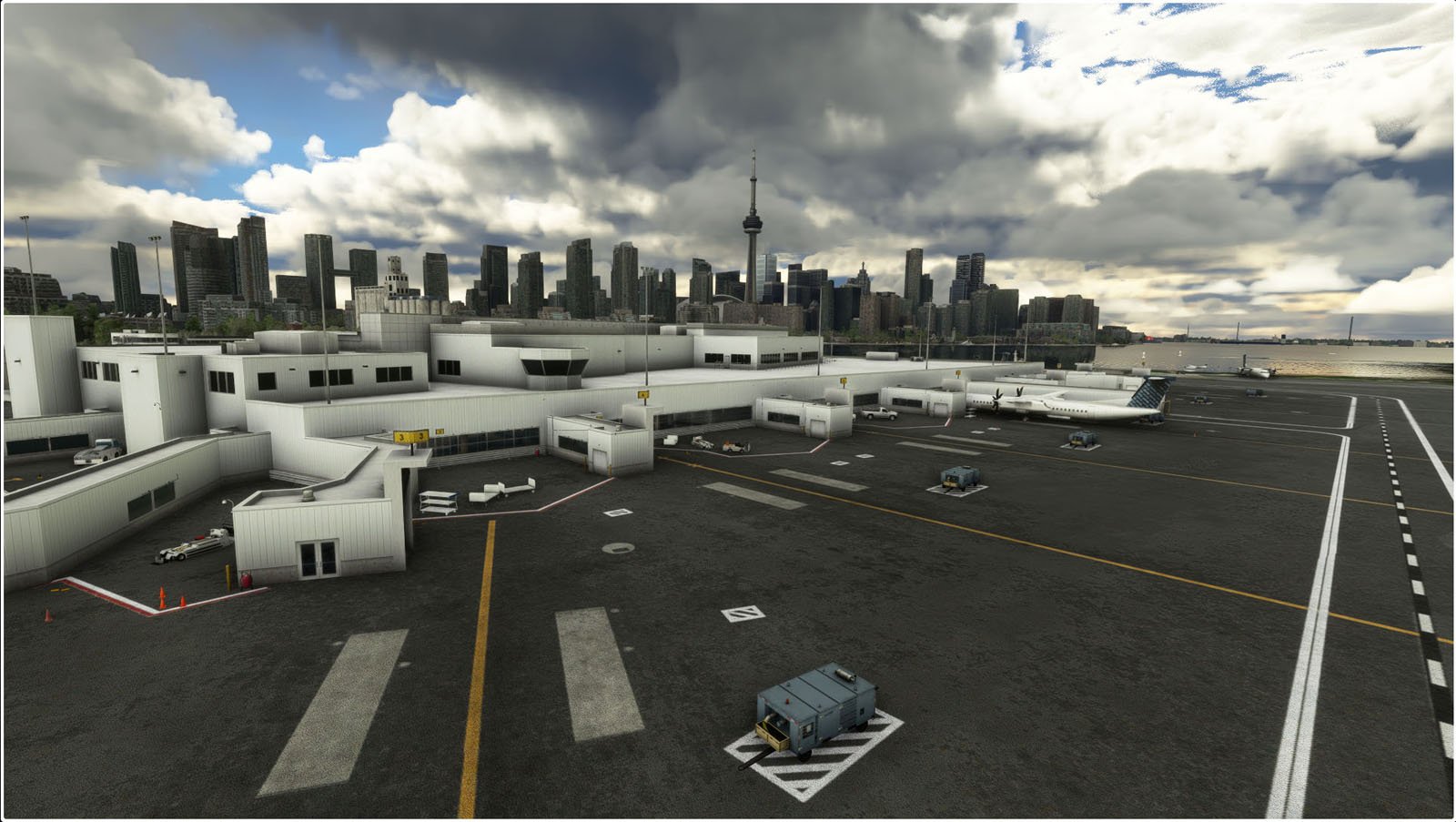 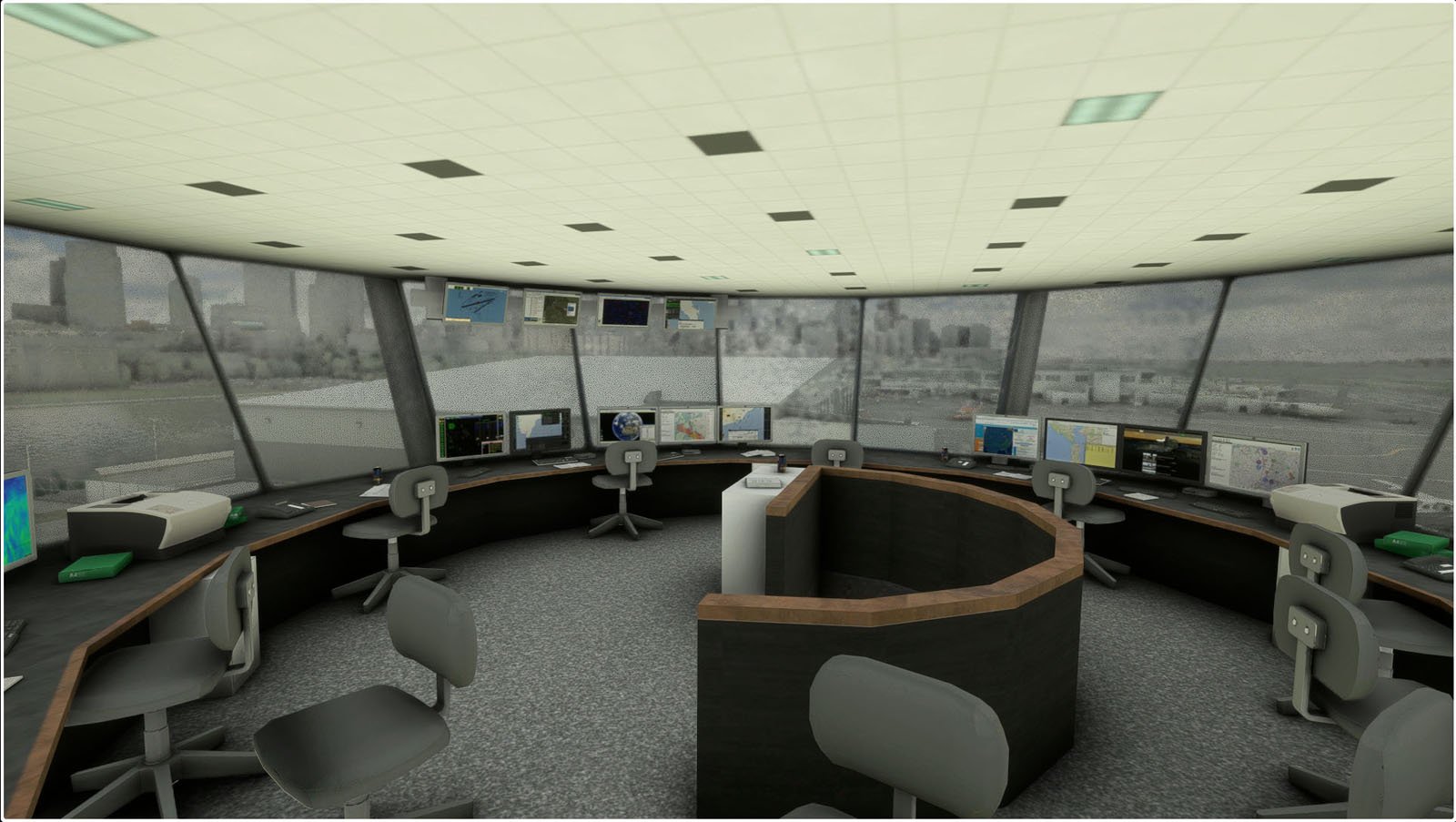 The surrounding area features more than 20 hand-made buildings in downtown Toronto, including the CN Tower and Rogers Centre - and more to be added in future updates. The ferry crossing the Western Channel is also animated.