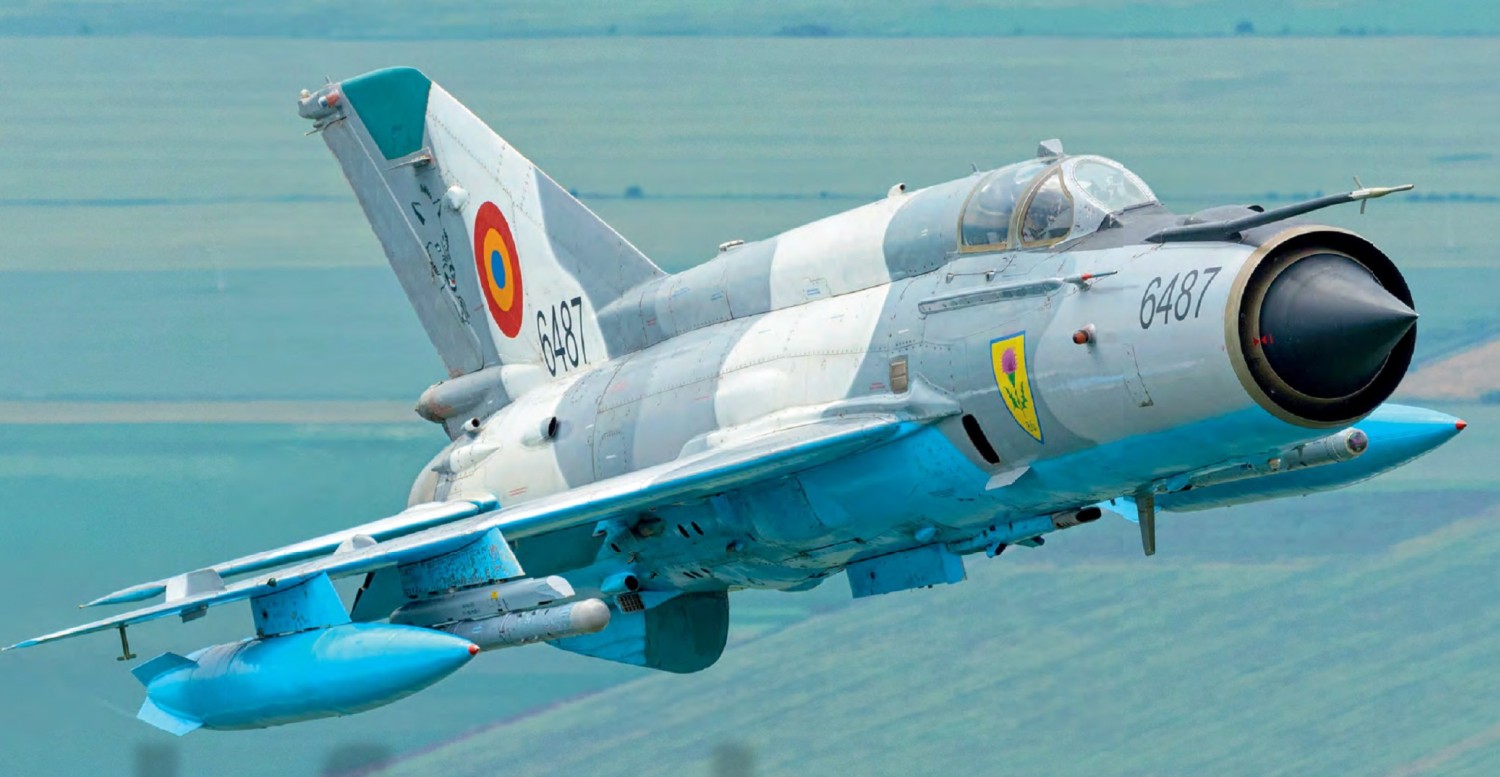 Romanian LancerR pilots continue their QRA mission as before. The only diff erence is that pilots and aircraft from another NATO member state now share it. MiG-21MF-75 6487 is a single-seat LanceR C from Escadrila 861 Aviație Luptă.
All photos Liviu Dnistran

At the start of 2014 few would have believed that an annexation of European territory was likely, but in March that year Russia took control of the Crimean peninsula under the pretext of protecting the local Russian population.