The aircraft features a detailed 3D model with high-resolution textures and effects such as wing flex and dynamic reflections. It also sports several real-world liveries with many more being available online.

Other highlights include an authentic flight model based on actual performance tables with input from real 767 pilots along with a professional sound set with audio effects for individual systems, the engines and in-flight cabin announcements.

The interior sports a high-resolution flight deck and passenger cabin with dynamic window blinds that react to sunlight. Like in real aircraft, the cockpit combines the systems of the classic 767 with modern 777 avionics such as a 777 EFIS and interactive electronic checklists with automatic action detection. 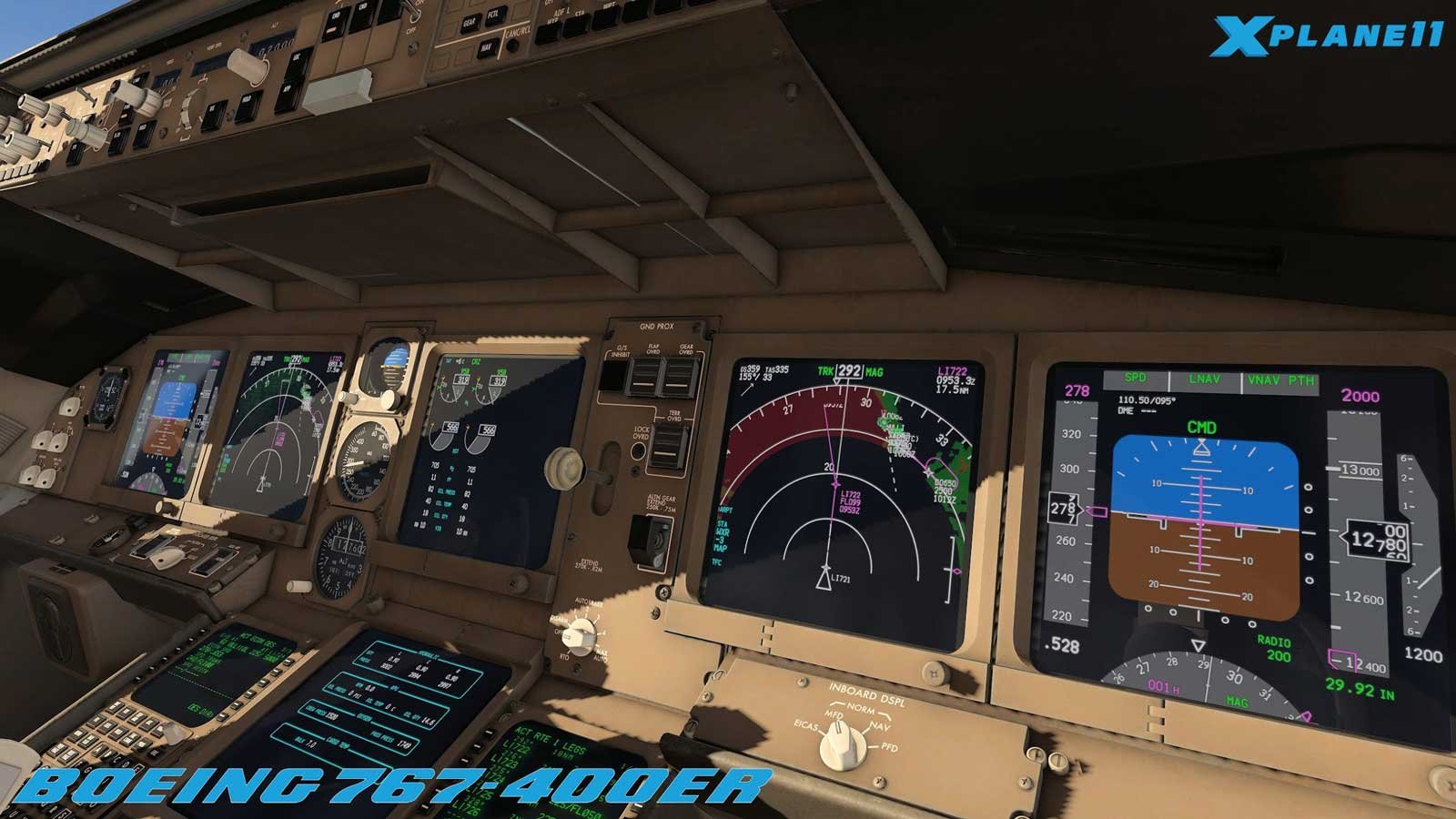 It also comes with a fully working GPWS with a terrain map database and a weather radar with ground clutter, turbulence detection and wind shear prediction.

A custom failure model simulates almost every system in the real aircraft with a multistage failure system. A persistent failure and maintenance system will cause components to wear over time and misuse will carry over to your next flight.

A pop-out EFB (Electronic Flight Bag) includes an aircraft config tool and a fuel/payload manager with a dynamic centre of gravity. Finally, the aircraft comes with ground service vehicles such as a working push-back truck, passenger bus and stairs as well as a fuel truck, de-Icing truck and a GPU (Ground Power Unit). It is also VR (Virtual Reality) compatible

Existing customers of the 767 Professional will receive a $30 discount on the -400 variant here.

FlightFactor will also offer a free update to X-Plane 12 when it becomes available.