When Boeing made a mini 747

Stretching more than 70 metres, the Boeing 747 is one of the longest aircraft in the world. Then they chopped 20 metres off the end…

The Boeing 747 is a huge aircraft by most measurements. The wingspan of the -8 – the latest generation example – is 68m, while its length stretches to more than 76m.

The impressive scale and shape of the widebody helped to make it famous, but between 1976 and 1983, Boeing offered a smaller variant which kept the type’s unique silhouette but was considerably shorter.

Called the 747SP, the jet was a derivative of the 747-100 and was designed to compete with the McDonnell Douglas DC-10 and the Lockheed L-1011 TriStar. 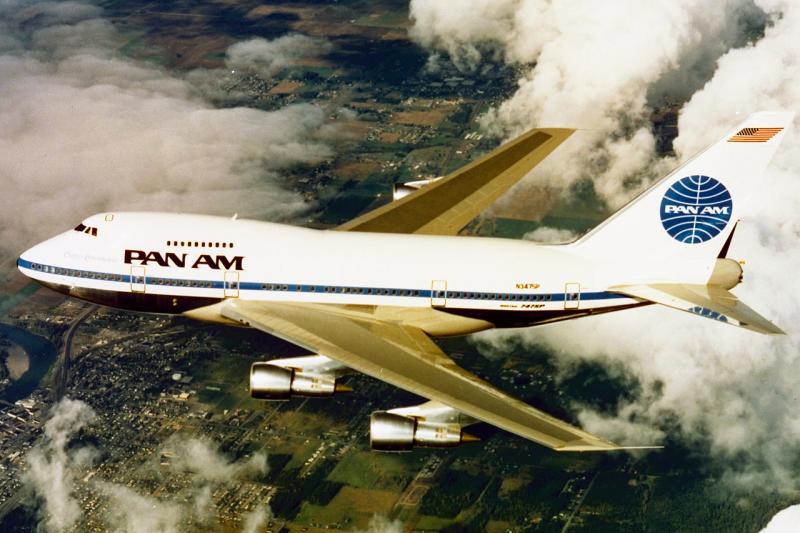 In the early 1970s, Pan American World Airways wanted to fly a jumbo between New York and the Middle East non-stop with a full load of passengers, a flight that wasn’t possible with the -100. The request was also supported by Iran Air. The first order for the new jet came from the US airline giant in 1973.

Until the arrival of the 767 in 1982, Boeing lacked a mid-sized widebody to compete in this market segment. At the time, the airframer couldn’t afford and didn’t have time to develop a clean-sheet design. Instead, it opted to shorten the 747 and optimise it to fly higher, faster and further than its full-length counterpart.

The jet was originally designated 747SB for “Short Body”, but it was later changed to the production designation of SP, which better reflected it greater range and higher cruising speed.

The 747SP was 20m shorter than the 747-8 and around 14m smaller than the -100 it is based upon. The wingspan, however, remained the same at 60m. In a change which only emphasises its shortness, the vertical stabiliser was extended by 0.6m to counteract the decreased yaw moment-arm from the reduced fuselage.

The type also featured simplified single-piece flaps on the trailing edges of the wings, rather than the triple-slotted technology on its opposite number.

Despite its shorter length, the SP could accommodate 230 passengers in a three-class configuration or 331 in a two-class layout, and a maximum of 400 travellers in a single class.

Production ran from 1976 until 1983 but a VIP order from the Dubai Royal Flight led Boeing to produce one last SP in 1987. The first example rolled off the production line on March 5, 1976, and was subsequently delivered to launch customer Pan Am.

Notwithstanding the 747’s overall commercial success for Boeing, the SP never sold as well as the airframer had hoped. Sales did not meet the expected 200 units and, ultimately, only 45 examples were produced.

The type saw service with a good number of airlines throughout the years – six of the United States’ carriers used it including American Airlines, United Airlines, Pan Am, Trans World Airlines and Braniff International Airlines.

As a result of the type’s “special performance”, several around-the-world record-setting flights were flown. Two were operated by Pan Am and one by United Airlines.

In a bid to celebrate its 50th anniversary the following year, the operator flew from San Francisco/SFO with a time of 54 hours, 7 minutes, 12 seconds. The flight – which involved three layovers at London/Heathrow, Cape Town, and Auckland – flew over both the North and South Poles.

In January 1988, United Airlines attempted to break the world record for the quickest circumnavigation in a subsonic aircraft. Departing Seattle/Tacoma on January 29, the jet stopped in Athens and Taipei-Taiwan/Taoyuan and returned to the US airport after 35 hours and 54 minutes. The record was held for less than a month, being beaten by a Gulfstream IV pilot.

As of July 2020, eight Boeing 747SPs remain in active service, with 15 more in storage and one in maintenance.

Sands Aviation is a Las Vegas-based private jet and air charter firm that is owned by Las Vegas Sands Corporation, which has interests in casinos and resorts in the city.

The 747SP is a perfect example of the flexibility most manufacturers have with an existing aircraft designs – the adage of “if customers will buy it, we’ll make it” seems to be true for most. Although it didn’t succeed commercially, the type’s quirky proportions and iconic shape make it a very notable aircraft… just a bit less well-known than its bigger brother.