Having survived corporate indecision, neglect and even terrorist attacks, the last two Boeing 707-400s were scrapped within weeks of each other. Andreas Spaeth takes us on a nostalgic journey through their pasts and reveals where you can get a piece of history 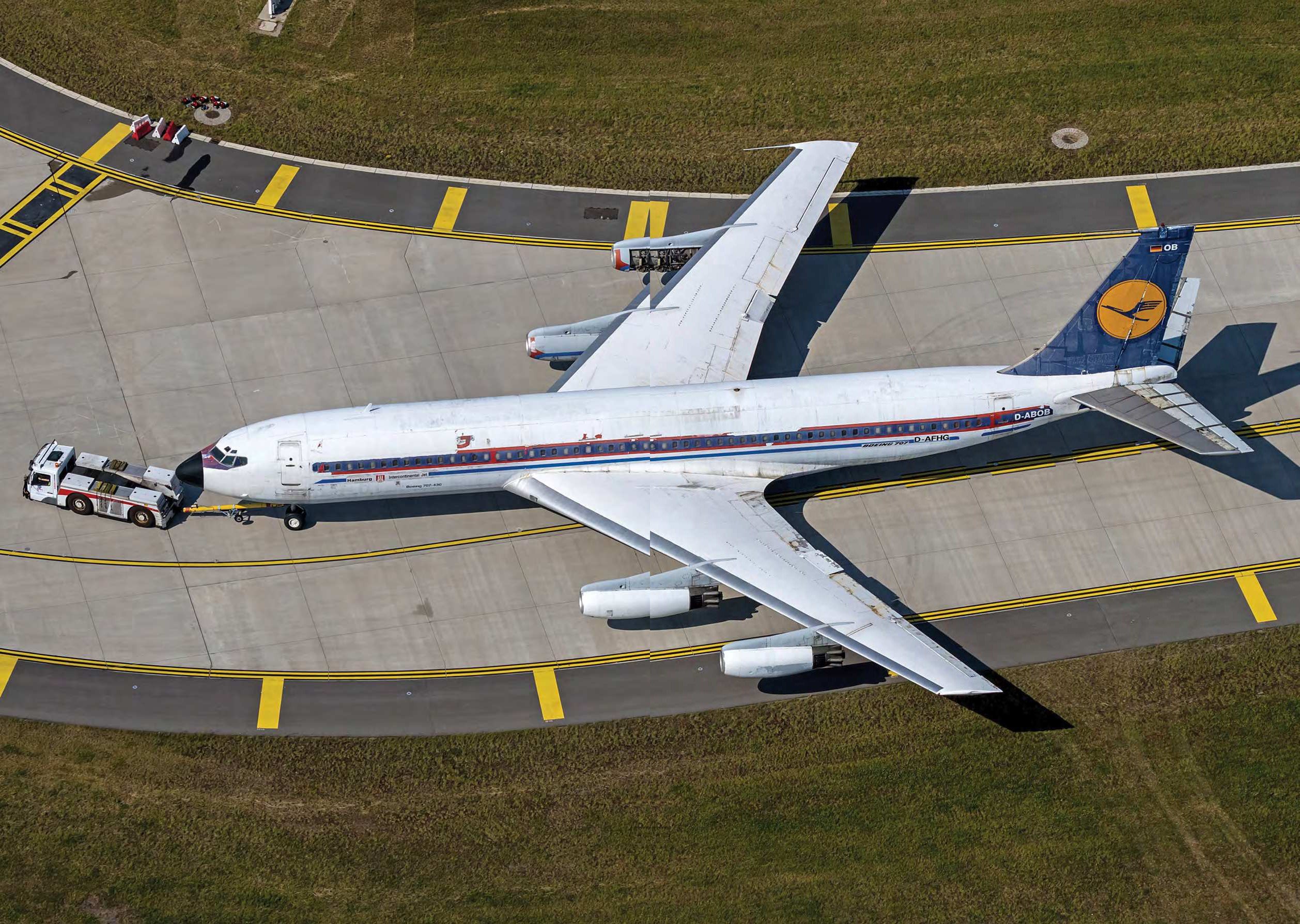 • After decades of service, the aircraft is towed to meet its fate
DIRK GROTHE

The Boeing 707, together with the Douglas DC-8, were the first real jetliners, shrinking the world. Their arrival coincided with a shift in fortunes for Lufthansa, who had restarted flying in its post-war iteration in April 1955. “At that time, the Boeing 707 prototype was already undergoing flight testing,” recalled Werner Utter, former Lufthansa board member and chief pilot, in 1984.