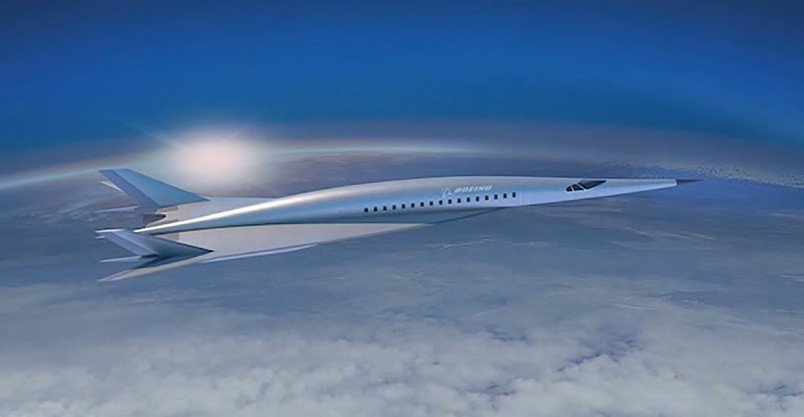 Boeing has announced it is studying a concept for a hypersonic vehicle which could have both military and civil applications.
Boeing

Boeing is working on a concept for a new hypersonic vehicle. The concept, revealed during the American Institute of Aeronautics and Astronautics conference in Atlanta early in July, is for a passenger-carrying aircraft capable of flying at speeds of up to Mach 5 that could have both military and commercial applications.

A Boeing spokesperson told AIR International: “This is just one of several hypersonic vehicle concepts spanning a wide range of potential applications we are studying. The concept has a lot of appeal for international travel. Flying at Mach 5, most locations in the world could be reached in one to three hours of flight time.”

The spokesperson emphasised Boeing is “not building a hypersonic aircraft” but added: “Our advanced concepts in conjunction with our efforts to develop enabling technology, position us for the time when customers and markets are ready to reap the benefits of hypersonic flight.

“By looking decades ahead at what could be possible, we are smarter about what innovations and technologies we should be exploring now. It’s possible we could see something like our concept flying in 20-30 years; most likely, hypersonic flight would be used initially for national security applications.” Mark Broadbent