Kathleen Hanser describes Franciszek Jarecki’s bid for freedom from communism in a MiG-15... a story of espionage, luck and willpower 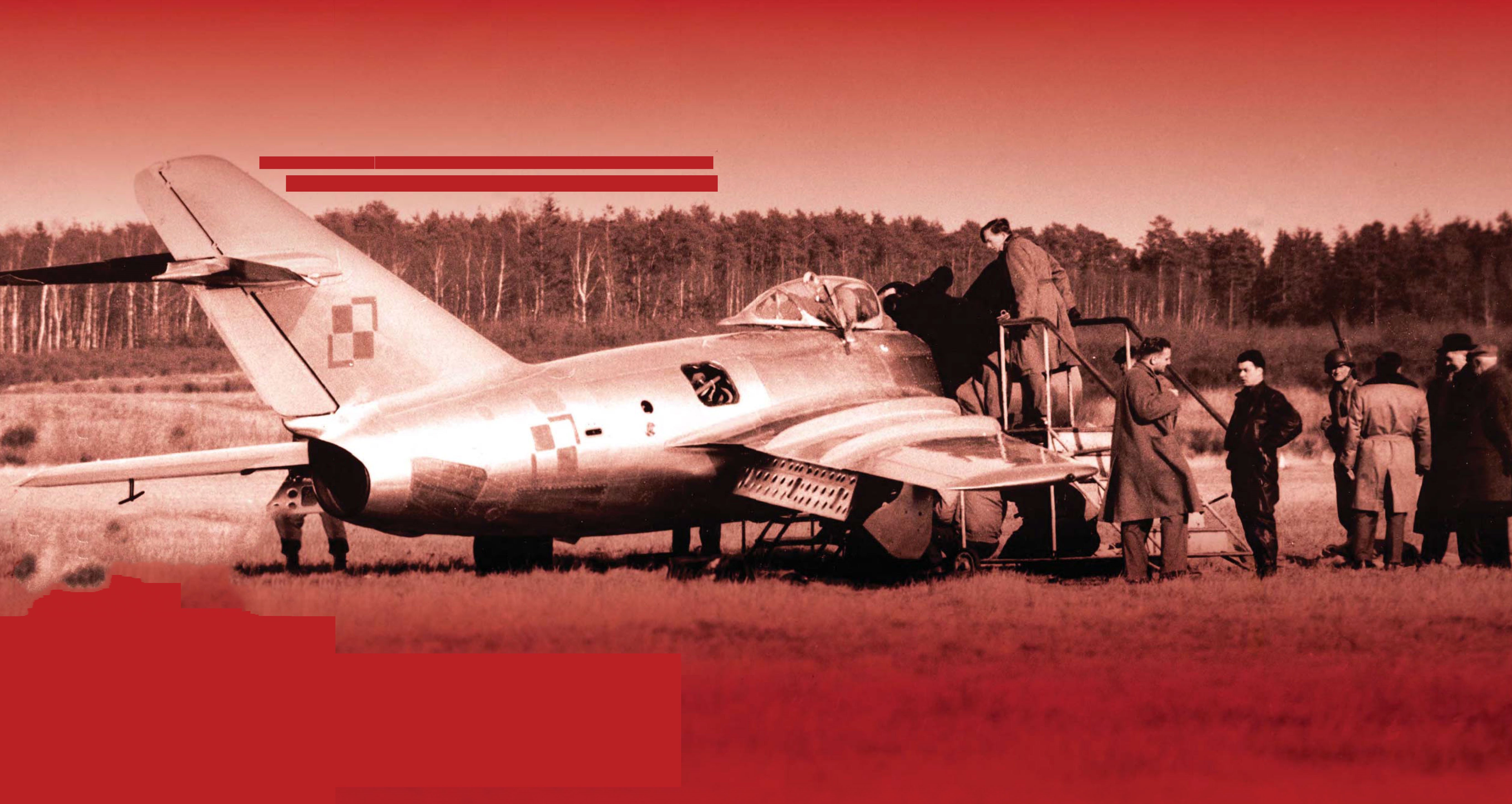 Lt Franciszek Jarecki (in the dark flight suit) with Danish officials at Bornholm shortly after his abrupt arrival on March 5, 1953.
KEY COLLECTION

Tasked with leading a flight of four on a routine patrol along Poland’s Baltic coast on March 5, 1953, 21-year-old Polish Air Force pilot Lt Franciszek Jarecki had other ideas. They involved defection. His hands trembled before pushing open the throttle. Glancing towards the four armed MiG-15s sat on alert nearby, he knew it was now or never.