BOULTBEE T-6 GETS NO 601 SQUADRON SCHEME 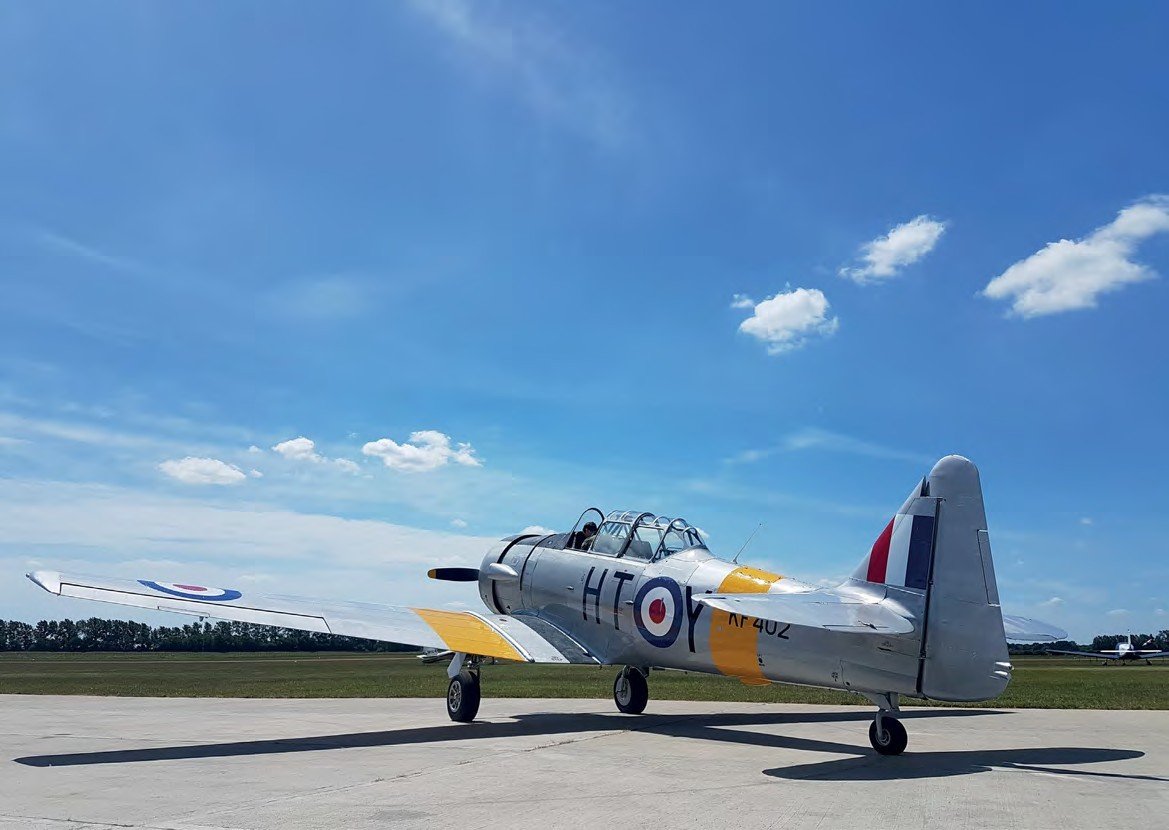 The newly repainted North American T-6G G-TEXN on the apron at Goodwood on 28 June. BOULTBEE

The Goodwood-based Boultbee Flight Academy’s North American T-6, G-TEXN, forsook its generic US Navy livery in mid-June for a post-war RAF scheme. Fly Moore at Dunkeswell resprayed the trainer in the markings of KF402, a No 601 (County of London) Squadron machine based at North Weald during 1948. The unit was located at Tangmere during the summer of 1940, Goodwood — then known as RAF Westhampnett — being the satellite station to that illustrious fighter base.

Thought to have been built during the war as an AT-6D, in October 1950 G-TEXN became one of 1,802 aircraft to be remanufactured to T-6G configuration, gaining the serial 49-3072. During remanufacture, the previous identity of the airframe was lost. It went on to fly with the USAF’s 3565th Basic Pilot Training Wing at James Connally Air Force Base, Texas and the 3303rd Pilot Training Squadron at Bartow Air Force Base, Florida, where it remained until August 1956 when the trainer was delivered to the Storage Branch, Air Materiel Command at the Davis-Monthan AFB ‘boneyard’ in Tucson, Arizona.

In 1963 it began its civilian career as N2807G with a former B-24 Liberator tail gunner, Hoyette S. Hudson. Following a succession of owners, the T-6 was imported to the UK in 1980 by Jim Keen of Keenair Services, shipped to Speke Airport in Liverpool for reassembly, registered G-BHTH and painted as a US Navy SNJ. In the spring of 1987 it was acquired by racing car constructor Adrian Reynard, but during operation by a subsequent owner in 1995 the T-6 was damaged in a landing accident at Bourne Park, Hampshire. The aeroplane then spent some time with Shoreham-based Northbrook College as an instructional airframe before restoration to fly began in late 2004 with Apollo Aviation at Shoreham. During June 2005, it was registered as G-TEXN. The T-6 joined the Boultbee fleet in June 2013.