Brisbane is the latest addition to the Landmarks and Cityscape series, which includes classic locations such as Sydney, Singapore, London and Paris. 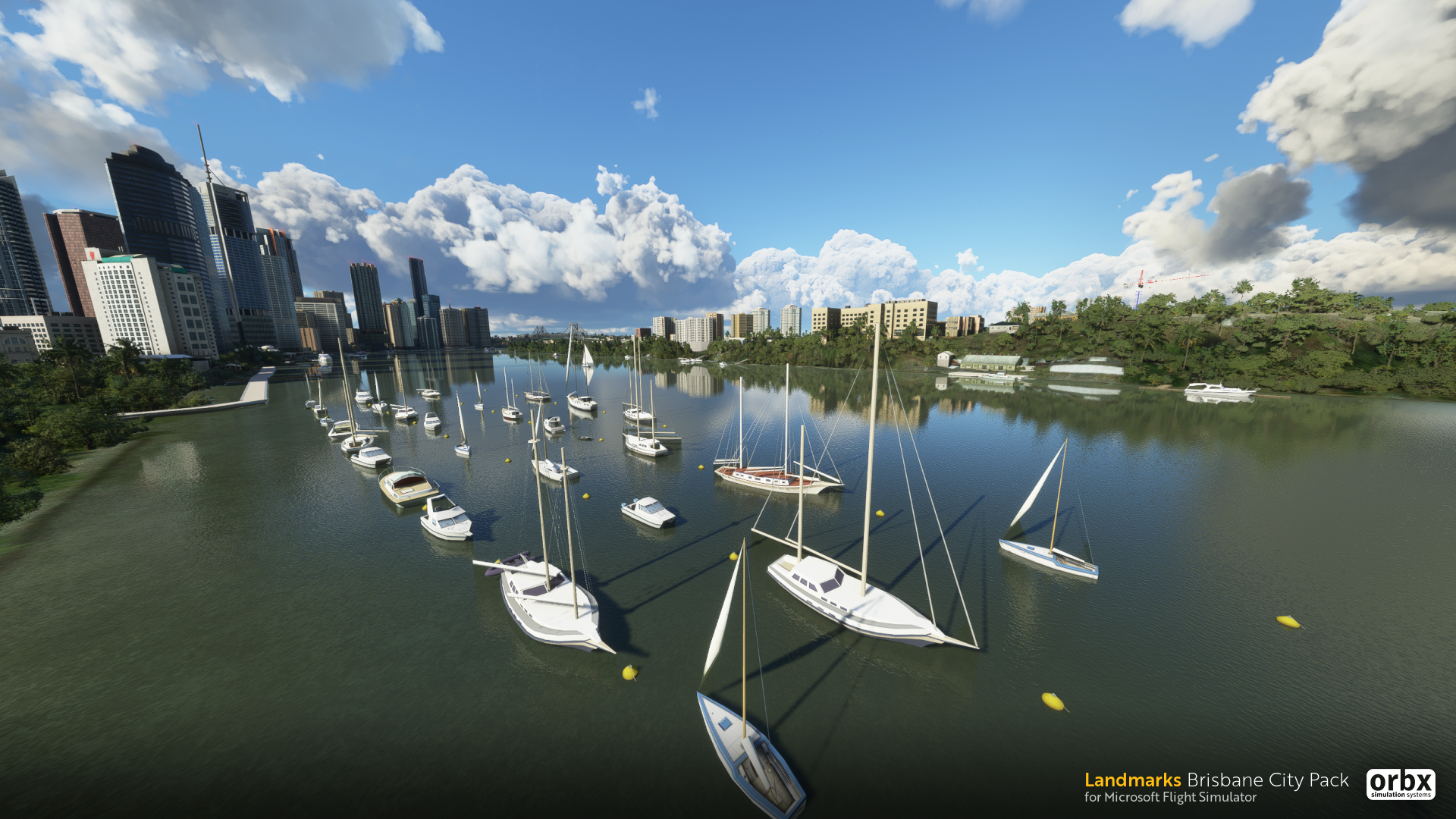 The package comes with over 120 custom landmarks, including iconic points of interest such as Brisbane Skytower, Suncorp Stadium and The Gabba.

The Riverside Expressway bridge system on the western side of the CBD is modelled as well as the Brisbane River waterfront full of charming marinas, moored boats and the New Farm Riverwalk. Beyond the city, fly over Fisherman Island, a port that sits just a few miles from Brisbane Airport with views of Brisbane’s industrial area.

Other highlights include custom night-lighting inspired by real-world photography for the most realistic night flying experience available.