Brisbane Steps into the Future

Decades in the planning, the new parallel runway at Brisbane Airport landed on time, under budget and with the support of local communities. Chris Frame finds out how Queensland’s biggest hub achieved the impossible. 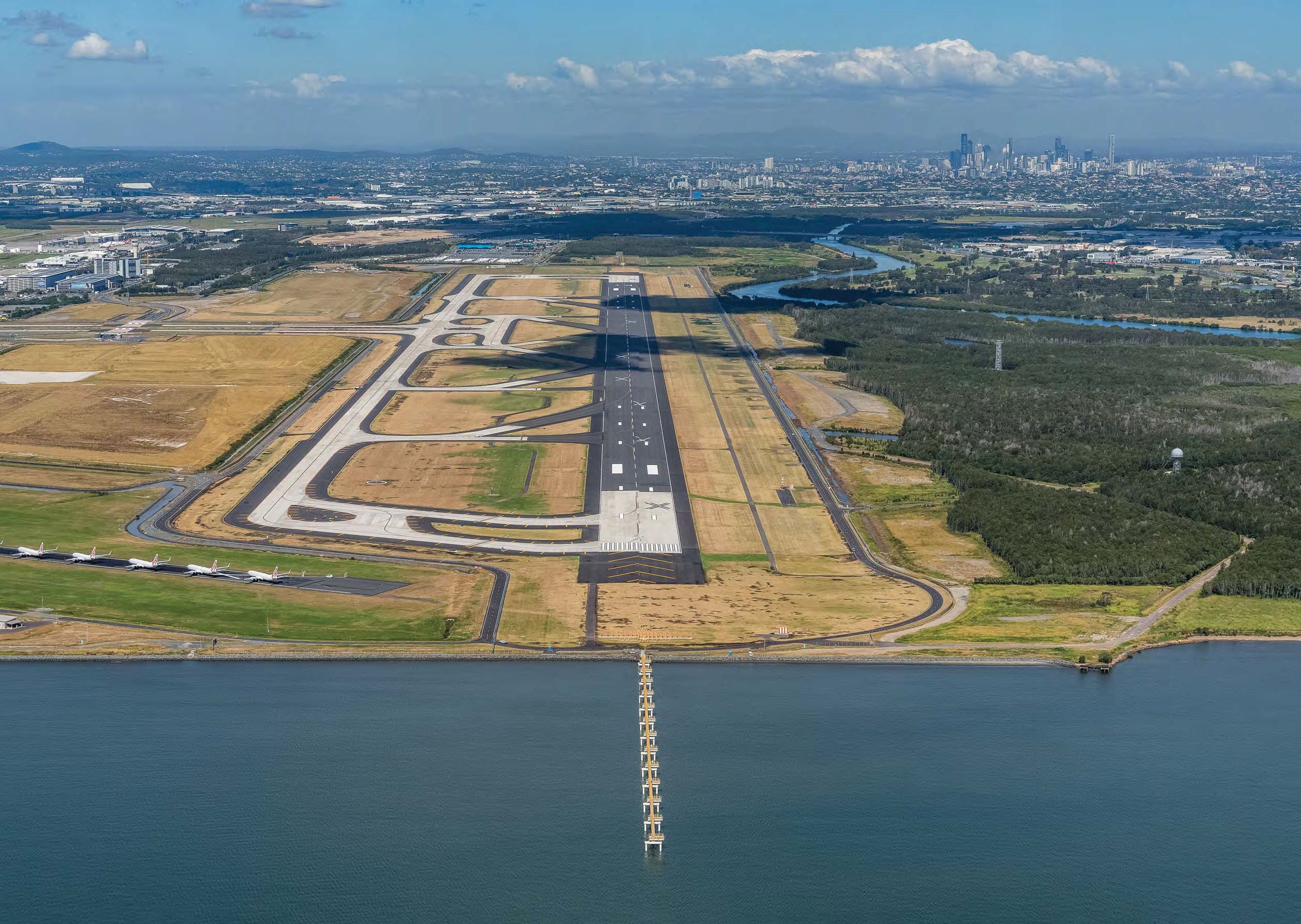 A view that will soon become familiar to pilots flying into the Queensland capital: seven Virgin Australia Boeing 737NGs being stored on the since-disused 5,774ft-long Runway 14/32.
All photos via Brisbane Airport Corporation

The departure of a Virgin Australia Boeing 737-800 from Brisbane Airport tends to be unremarkable. Prior to the COVID-19 pandemic, the majority of the hometown carrier’s 34 routes were served by its 79-strong fleet of Next Generation 737s. However, when VH-YFW (c/n 41037) ’Turquoise Bay’, took off bound for Cairns on July 12, it marked a milestone more than four decades in the planning. It was the first scheduled flight to depart on the hub’s new parallel Runway 01L/19R.