Mighty statistics punctuate every twist and turn of the Bristol Brabazon story but, as Stephen Skinner recounts, the aircraft never quite measured up to its commercial rivals 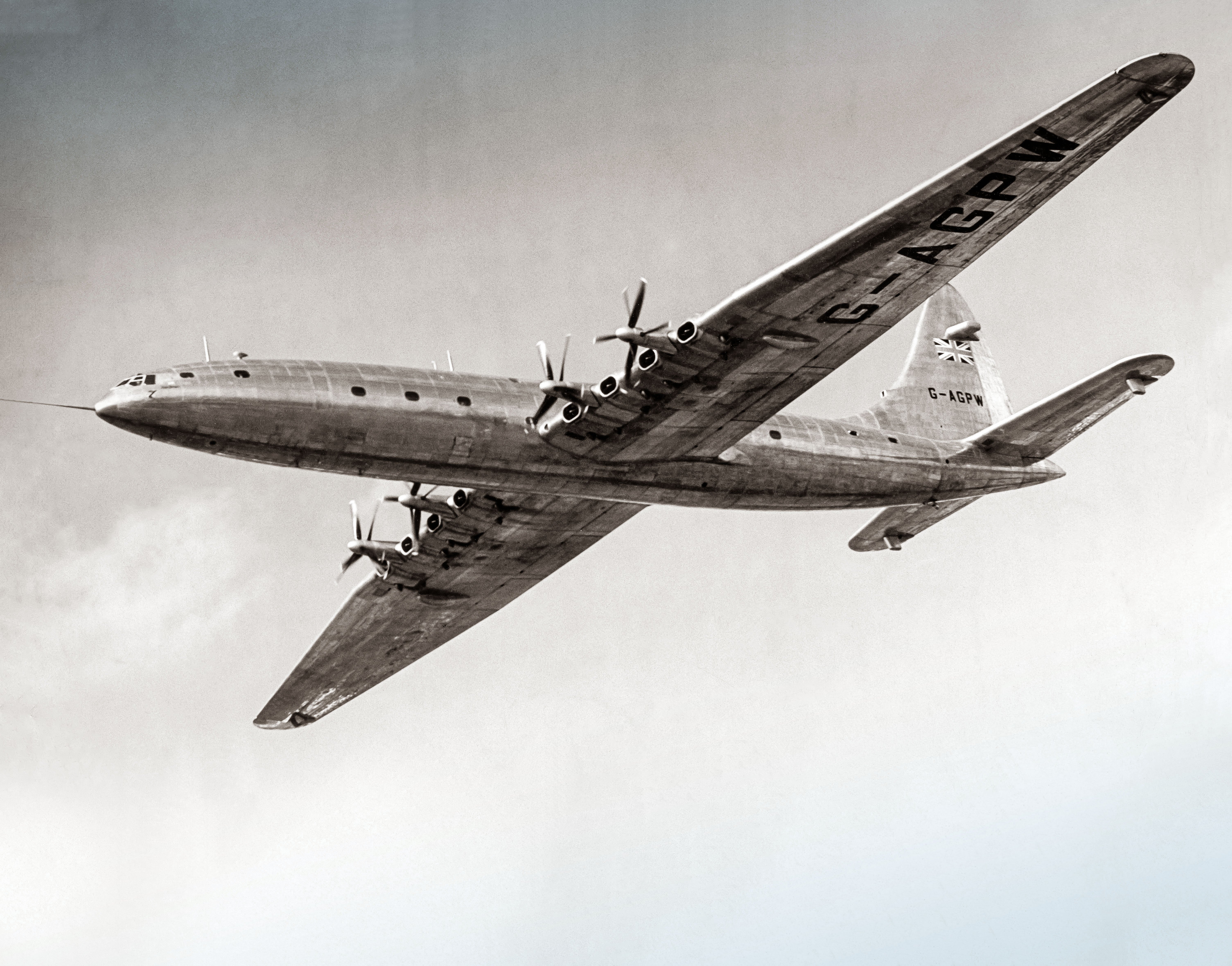 The piston-engine intercontinental airliner celebrated its maiden flight on September 4, 1949, at Filton aerodrome
ALL PHOTOS KEY COLLECTION UNLESS STATED

Longer than an Olympic swimming pool, and nearly three times wider from wingtip to wingtip, the Bristol Brabazon was the landplane colossus of its day.

On September 4, 1949, the first prototype behemoth G-AGPW – captained by pilot Arthur John ’Bill' Pegg, accompanied by nine test crew – lifted off from the Bristol Aeroplane Company’s Filton runway, after a run of only 1,200ft, and slowly started to climb into the air.