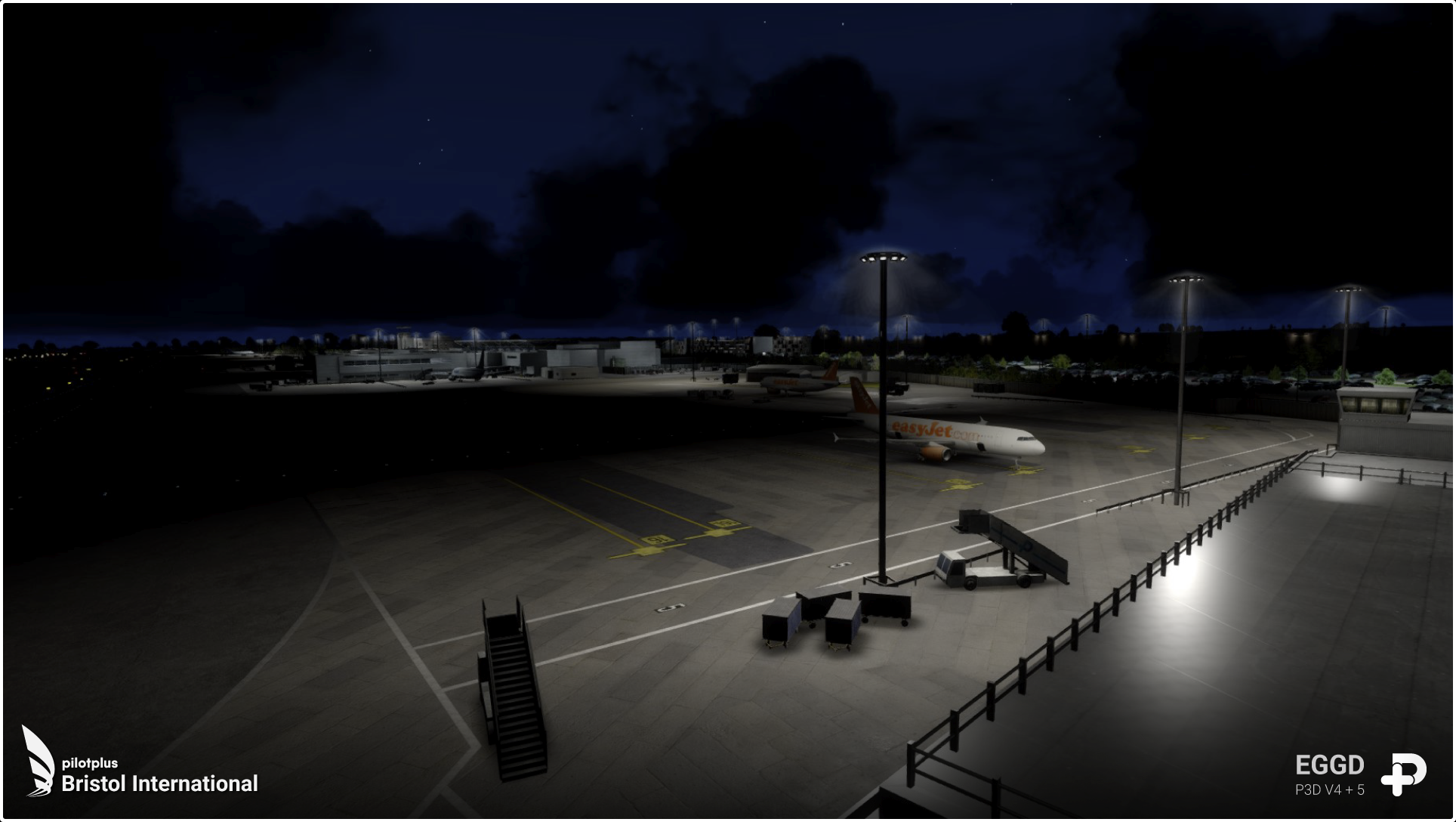 Developed by a team based in Bristol, the airport is recreated with an authentic look and feel that only those familiar with the airport would notice. It features PBR (Physically Based Rendering) textures, extensive 3D modelling and blends seamlessly with Orbx TrueEarth Great Britain South.

The Real Airport
With more than 9 million passengers a year, Bristol serves long-haul destinations such as Florida, Mexico and the Caribbean using the Boeing 787 Dreamliner. It is also a base for low-cost carriers including easyJet, Ryanair and TUI, operating the Airbus A319, A320, 737 and 757. It is a popular general aviation airport and is home to the Bristol & Wessex Aeroplane Club along with privately owned GA aircraft.