BRITTANY… ON A SCOOTER

The Red Air market in Europe is booming, with some clever offerings specifically tailored to support a raft of requirements.

LOW AND FAST, two green A-4 Skyhawks, affectionately known as ‘Scooters’, skim the wave tops under a gray sky. The objective is 20 miles away, but the closure rate is high. Straight ahead, still invisible beneath the horizon, a frigate hollows out its furrow, every sensor on the watch. 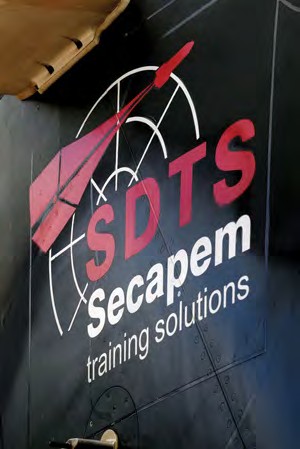 Below deck, sensor operators are in front of their consoles; the lookouts are up on deck. This isn’t a war scene; this is just ofithe coast of Brittany, France. The A-4s aren’t hostile, they are flown by French pilots and this is a realistic training exercise.