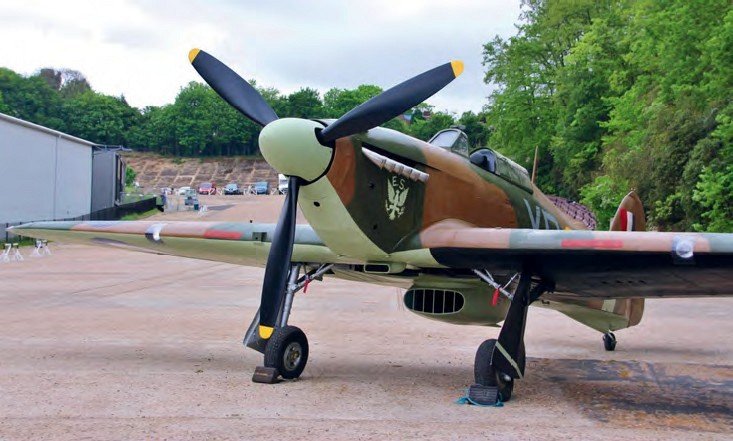 Following a two decade-long restoration, Hawker Hurricane IIa, Z2389, was unveiled in front of local dignitaries, museum trustees and supporters on September 3 at the Brooklands Museum. A team of volunteers restored the fighter at the Weybridge, Surrey attraction. Built in 1940, the Hurricane served with five different RAF units in 1941, including the American volunteer 71 ‘Eagle’ Sqn, in whose markings it is now displayed.

It was then delivered to Russia by ship, leaving for Murmansk on May 21, 1942. On June 20, it engaged two Messerschmitt Bf 109Fs and five Bf 110s over Russia, but was shot down along with two other Hurricanes. The pilot, Flt Lt Ivan Kalashnikov, successfully force-landed the machine in remote terrain. Historians located Z2389 some 50 years later – it was recovered in 1996 and acquired by Brooklands the following year, becoming the first historic aircraft to be purchased with a Heritage Lottery Fund grant. The restoration team dedicated more than 60,000 hours to its rebuild, involving younger generations via the Duke of Edinburgh Award scheme.