’BUFF’ won’t be going back on alert – yet 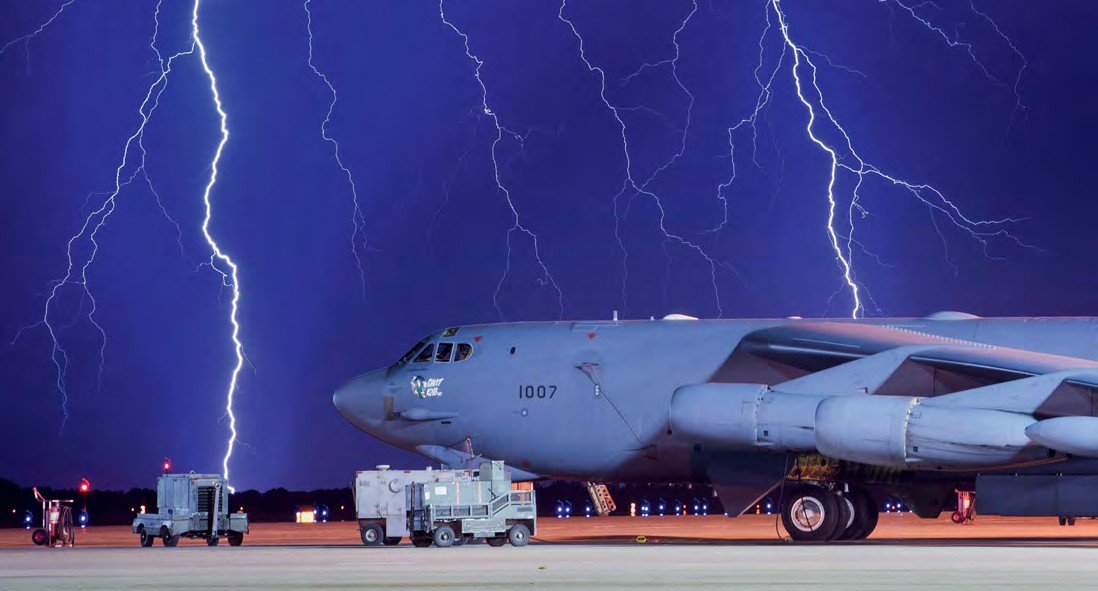 Lightning strikes behind a B-52H Stratofortress at Minot Air Force Base, North Dakota, in August. For now at least, there are no plans to have nuclear-armed bombers standing on alert at the end of the runway.
USAF/Senior Airman J T Armstrong

Air Force Global Strike Command’s fleet of B-52H strategic bombers is not going back onto 24hr alert status after all. The US Air Force was quick to quash rumours that plans were being prepared for the Stratofortress to return to a Cold War-style routine of nuclear-armed aircraft sitting ready on concrete pads while crews pulled round-the-clock shifts in a dedicated facility, waiting for the klaxon to sound.