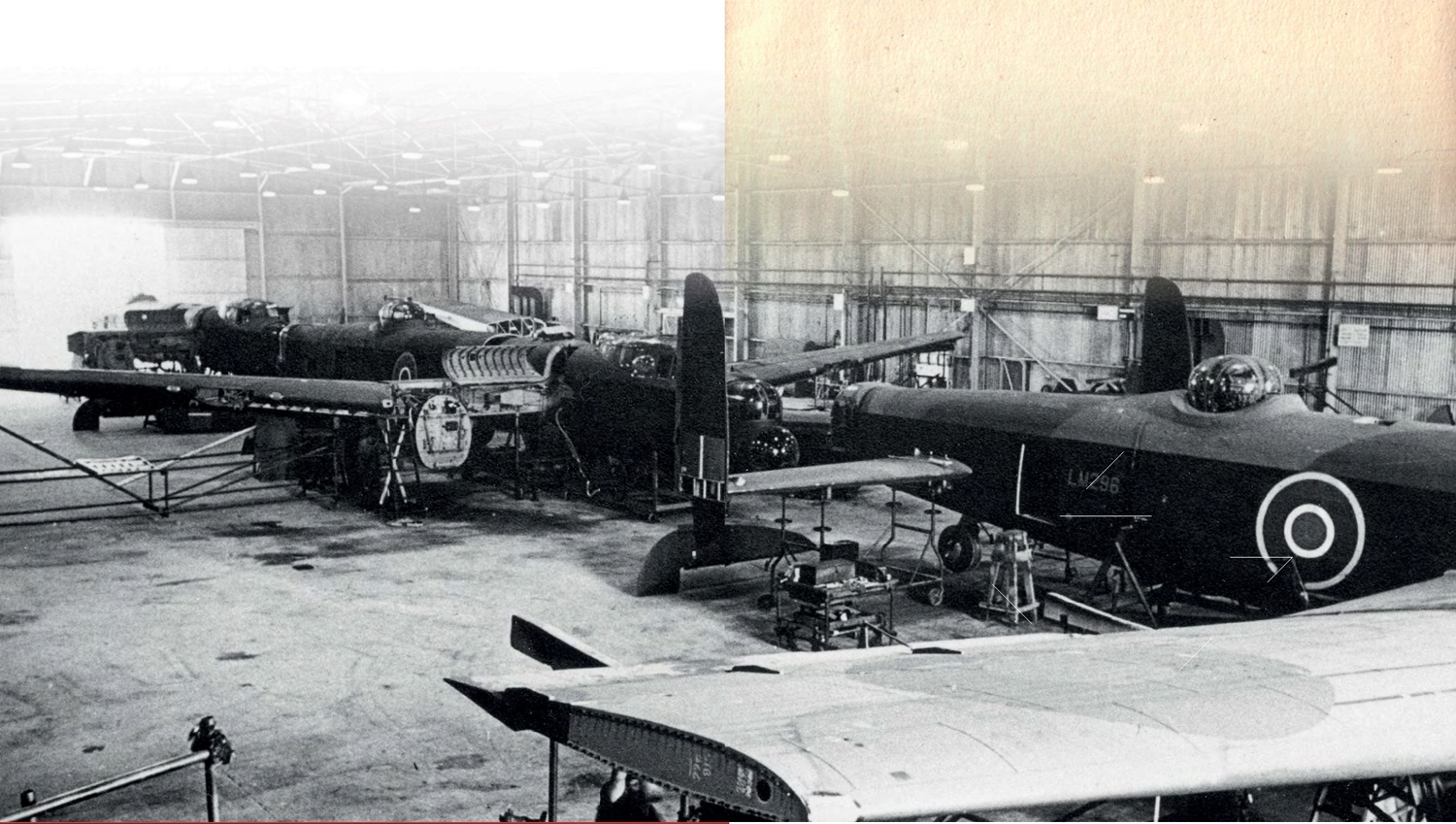 The final assembly line at Armstrong Whitworth, Bitteswell. To the right is Mk.I LM296 which was delivered to 50 Squadron at Skellingthorpe in the spring of 1944, serving as ‘T-for-Tare’. KEC

From the beginning the Manchester, and is successor, the Lancaster, were composed of sub-assemblies, even the largest of which could be moved by road with relative ease. The main Avro factory was at Chadderton in north Manchester, while the assembly line and flight test airfield was at Woodford, to the south of the city.