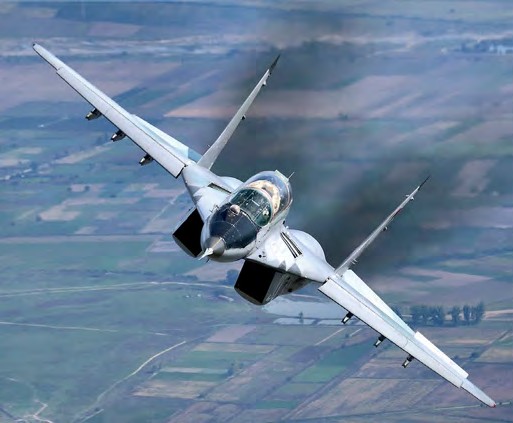 One of three two-seat MiG-29 Fulcrums in active service with the Bulgarski Voenno Vzdushni Sili on the tail of a C-27J Spartan.
Alexander Mladenov

The Bulgarian Ministry of Defence launched a public procurement procedure on December 7, 2017, for integrated logistics support for its MiG- 29 fleet. This is an invitation to RSK MiG, the MiG-29’s original manufacturer.

With a maximum allocated budget of BGN 81.3 million, the aim of the four-year support contract is to restore Bulgaria’s entire active fleet of 15 MiG-29s (12 single-seat and three twoseat versions) to airworthiness.