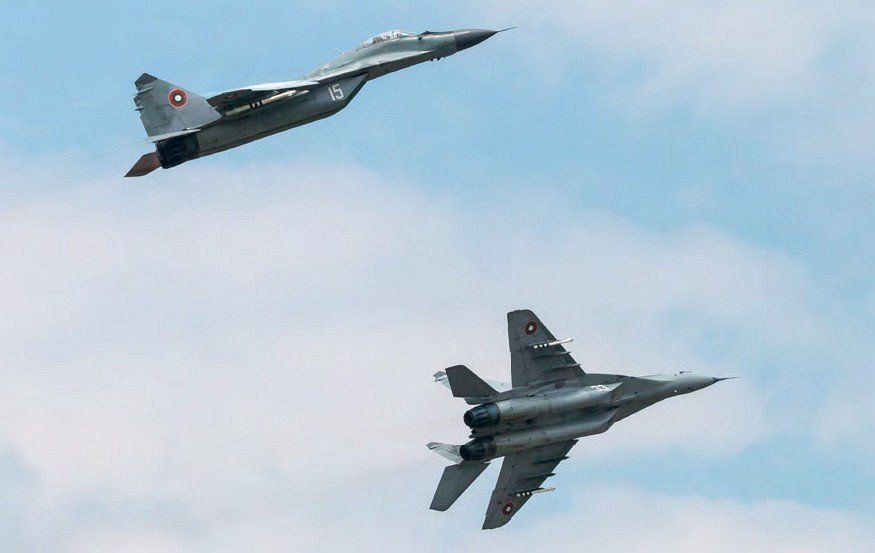 The BVVS ‘Fulcrum’ fleet is made up of 12 single-seat MiG-29As and three MiG-29UB trainers, all based at Graf Ignatievo. ‘White 15’ and ‘White 33’ are seen performing at the base on June 29, in an event marking the type’s 30th anniversary in Bulgarian service.
Sam Wise

BULGARIA’S PLAN to acquire eight F-16V Block 70 fighters is back on track after the parliament in Sofia overturned a presidential veto of the US$1.26bn deal.