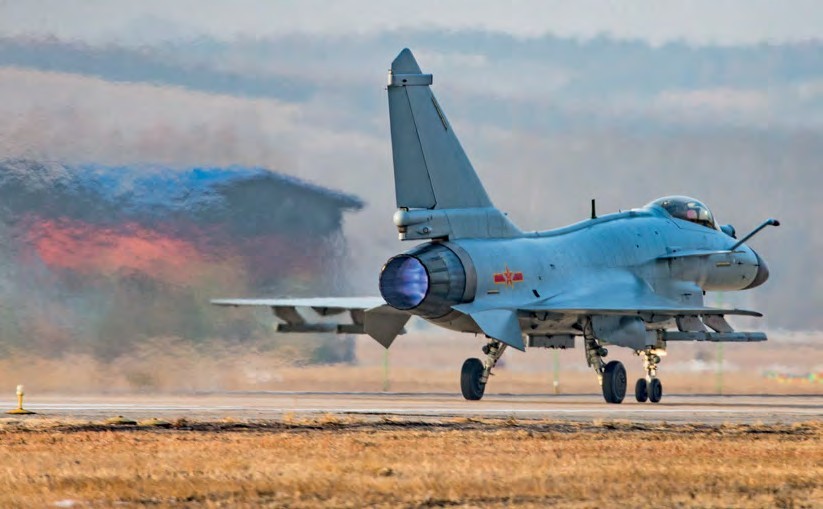 THE YEAR 2017 was quite successful for China’s aerospace industry, with significant first flights of new commercial types, new military aircraft entering operational service and several technical breakthroughs. The Chinese Year of the Dog, 2018 is set to bring further developments in both the civil and military sectors.

The C919’s maiden flight took place from Shanghai after some delays on May 5 and the second prototype flew in December (see Commercial News, this issue). China’s first truly modern indigenous airliner, the C919 will compete with the Airbus A320 and Boeing 737 in the single-aisle airliner market.

This was a major step for China’s growing ambitions in the civil aviation sector, giving testimony to its capabilities. COMAC is not only preparing more prototypes for flight testing, but also it is already planning beyond the C919. The China-Russia Commercial Aircraft International Corporation is jointly developing the long-range CR929 airliner to challenge the Airbus and Boeing duopoly in the widebody market.

The AG600 is China’s first domestically developed amphibious aircraft. Originally expected to perform its first flight earlier in 2017, it was delayed after ground tests in April. The type is expected to play an important role as a maritime search and rescue type and probably in the disputed South China Sea area.

A second major technical breakthrough, related to the C919, came at the end of the year, with the December 29 unveiling of the first demonstrator or prototype CJ-1000AX engine. Developed by AECC Commercial Aircraft Engines in Shanghai, the CJ-1000AX is a high-bypass ratio turbofan engine aimed for a thrust range of 145–150kN (32,597–33,721lb) as an indigenous powerplant for the C919. However, other applications may also be the Y-20 transport. Certification is aimed for 2022–2025.

The year 2017 saw other successful engine developments related to the military. The first were reports the WS-20 is ready to be tested on the Y-20A transport in 2018 and that the WS-15 for the J-20A fighter might be tested in flight this year or in 2019. Until that happens and to overcome the dependence on Russian AL-31FN engines, in September 2017 a J-20A was test-flown for the first time with a WS-10B.

Interestingly, the WS-10B engine, which has been operational since 2009 on all Chinese-built Flankers, features a new low observable asymmetric nozzle with serrated feathers to reduce the nozzle’s radar cross section signature. Another first was the testing in late December of another WS-10 variant, reportedly called the WS-10B3, on a J-10C featuring a thrust vectoring control nozzle.

Both the J-20A and the J-10C officially entered service in 2017 and together with the Shenyang Aircraft Corporation J-16, an indigenous development of the Su-30MKK, they will replace in larger quantities the last venerable types such as the J-7 and J-8.

The developments for the People’s Liberation Army Air Force (PLAAF) are best described as restructure, retire and introduce. While the introduction of modern multirole types is proceeding at a high rate, several former regiments were reassigned, merged or even abolished. For example, the first operational J-20A unit was established, there are now five regiments or brigades flying the latest J-10B and J-10C, and the J-16 now equips at least two, maybe even three, brigades. In parallel, the PLAAF has decided to retire several older types. The first victim seems to be the Q-5; either all of them are already gone or will be phased out within the next few months. Most likely, all non-training J-7s, except the late-model J-7E, J-7G and J-7L, and the final non-updated J-8IIs will probably also be retired.

All this is happening in line with a major reorganisation. A system of bases and brigades is replacing the former system of divisions and subordinate regiments.

From what is understood so far, the PLAAF is rapidly progressing with this reorganisation. Since early 2017, not a single week has passed by in which a new brigade has been confirmed and aircraft were renumbered, reassigned or retired. 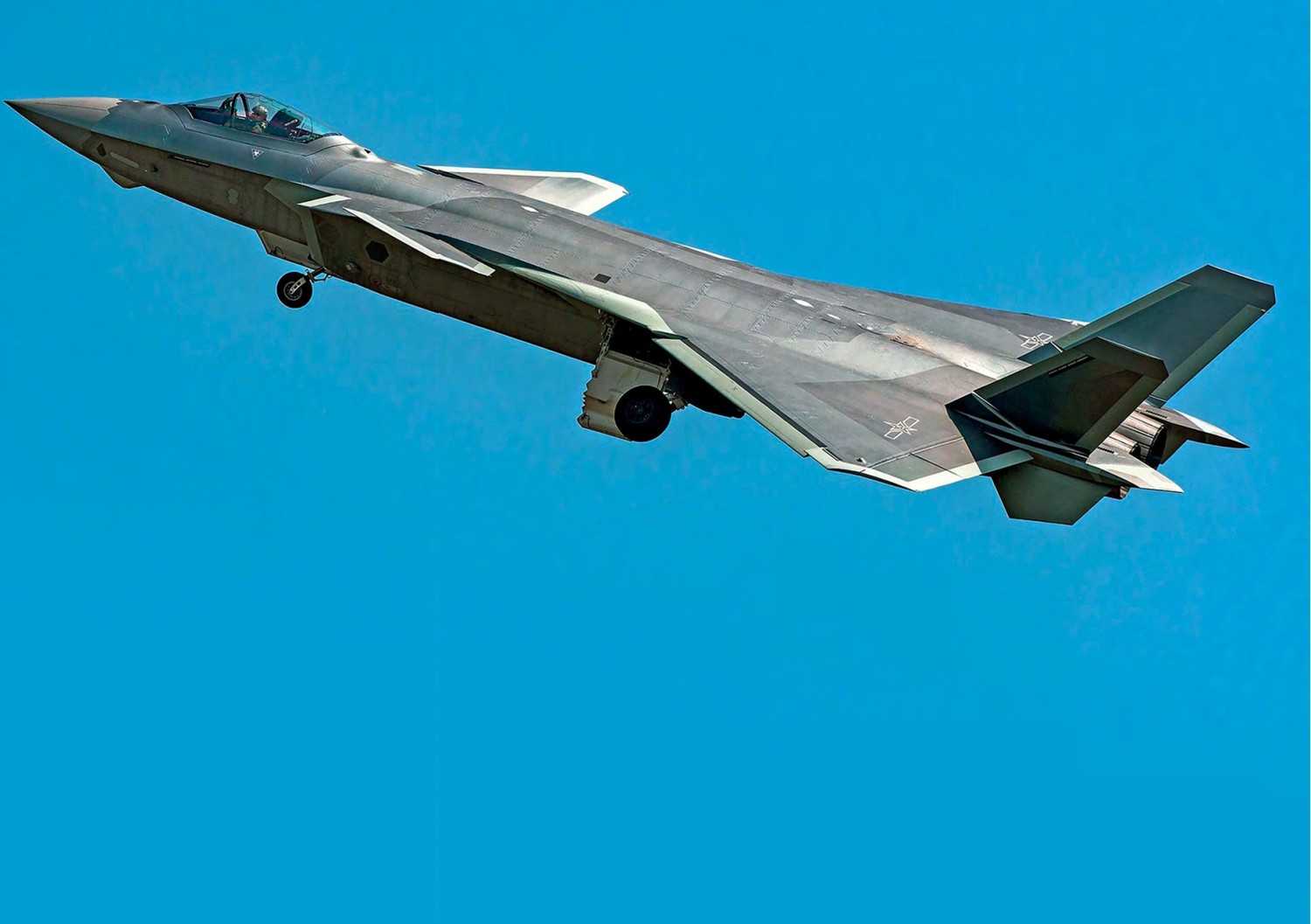 MAIN PICTURE: The J-20A entered PLAAF service in 2017 and there have been reports the indigenous WS-15 engine for the fighter might be tested in flight this year.
All images Chinese internet 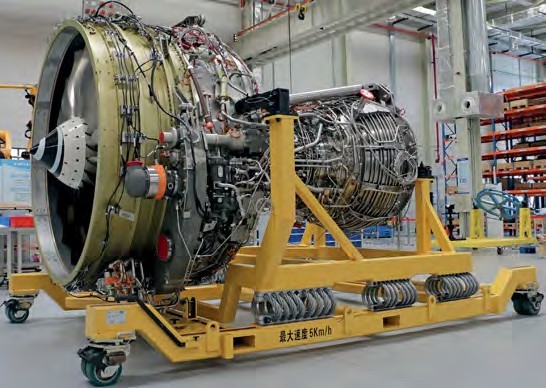 The AECC Commercial Aircraft Engines CJ-1000AX engine, unveiled late in December 2017, is an indigenous powerplant for the C919 airliner but it may find its way on to other applications, such as the Y-20. 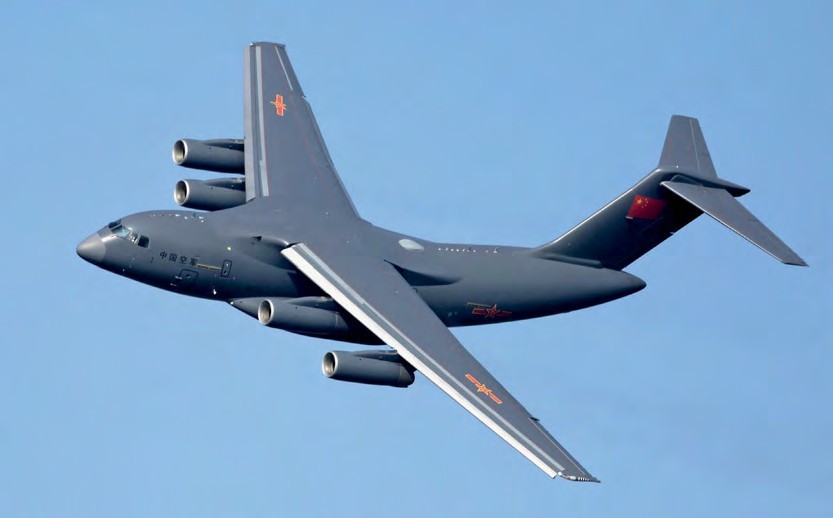 Modernisation of China’s forces also includes the Y-20 transport, with reports the WS-20 is ready to be tested on the Y-20A this year.

It seems as if the PLAAF has entirely converted to this new organisation for the tactical combat units. However, for the strategic assets – the bomber, transport and specialised units – it seems as if the traditional divisions and regiments will survive. There are also indications that naval aviation has begun a similar reform, but there are still many uncertainties that may be solved in 2018.

The People’s Liberation Army is not only investing in fancy modern fighters. Less spectacular, but also probably more important, is the introduction of other assets such as the Y-20A and Y-9 transports, the extensive exploration into the use of unmanned systems and most of all a modernisation of the training syllabus with modern types such as the JL-10 and more realistic exercises.

The year 2017 was an extraordinarily successful one for Chinese aviation developments and 2018 will surely continue the trend. The focus will probably shift more to naval aviation, with the launch of the first Type 002 aircraft carrier and the latest catapult tests of J-15 fighters.

The PLAAF also has some interesting projects in the making. The latest Z-18 heavyweight and Z-20 medium-weight helicopters, developments of which have been completed, will both enter serial production this year. UAVs and more updates on engines will again be in the news up to the next Airshow China at Zhuhai in November 2018, which will most likely culminate in more spectacular unveilings – maybe even the new Xian H-20 stealth bomber.

All these developments mean spotters, researchers and enthusiasts alike will stay tuned to Chinese aviation in 2018.