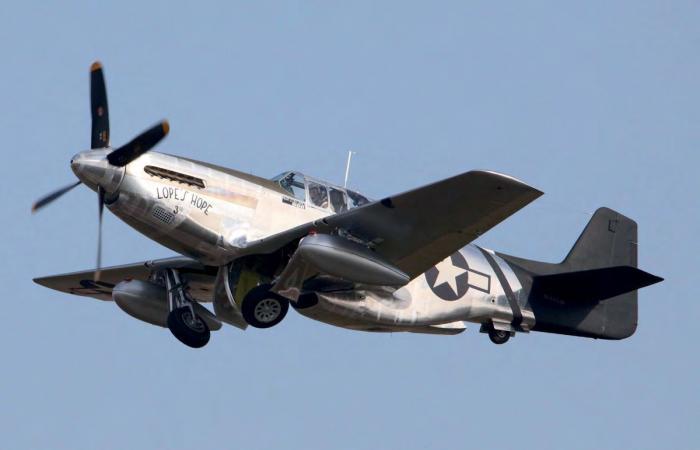 During the early evening of 16 October, Warren Pietsch took the Texas Flying Legends Museum’s North American P-51C Mustang 43-24907 up for its first test flight following a three-year restoration with AirCorps Aviation at Bemidji, north-west Minnesota. Two days later, the rare C-model Mustang arrived at Ellington Field, Houston, where it will take up residence in the Texas Flying Legends hangar alongside eight other World War Two fighters, including two P-51Ds. Among the many previous fighter restorations completed by AirCorps Aviation is the combat veteran P-51D 44-63675 Sierra Sue II (see Aeroplane December 2015).

Although the Texas Flying Legends P-51C did not see combat, being used as a trainer during the war, it has been painted as 42-103585 Lope’s Hope 3rd, flown by five-victory ace Lt Donald Lopez with the 23rd Fighter Group’s 75th Fighter Squadron, a unit that was the successor to Claire Chennault’s American Volunteer Group ‘Flying Tigers’ in the defence of Burma and China. On 4 July 1942 at Kunming in south-west China the 23rd FG became the first USAAF fighter unit to be activated in the field during wartime, flying Curtiss P-40s and boasting five of Chennault’s former staff officers, five pilots and 19 groundcrewmen among its ranks. Following the disbandment of the AVG that July, 25 former AVG pilots volunteered to stay on for two weeks to help train the pilots of the 23rd.

”The P-51C has been painted as Lope’s Hope 3rd, flown by five-victory ace Lt Donald Lopez with the 75th Fighter Squadron”

New York-born Lopez volunteered for the Army Air Forces Aviation Cadet Program in May 1942, when the age limit was lowered to 18, and after gaining his wings a year later joined the 23rd FG flying P-40s. During his two years in the China-Burma-India theatre Lopez flew 101 missions, shooting down five Japanese aircraft, four of them in a P-40 named Lope’s Hope and two in the P-51C Lope’s Hope 3rd. He went on to fly F-86 Sabres in Korea, and subsequently studied for a master’s degree in aeronautics at the California Institute of Technology where one of his classmates was Frank Borman, later to achieve fame as the commander of Apollo 8. In 1972 Lopez joined the National Air and Space Museum (NASM) as assistant director of aeronautics, becoming deputy director in 1983. He was heavily involved in developing and running the museum, and was still working for NASM when he suffered a fatal heart attack at the age of 84 during March 2008. 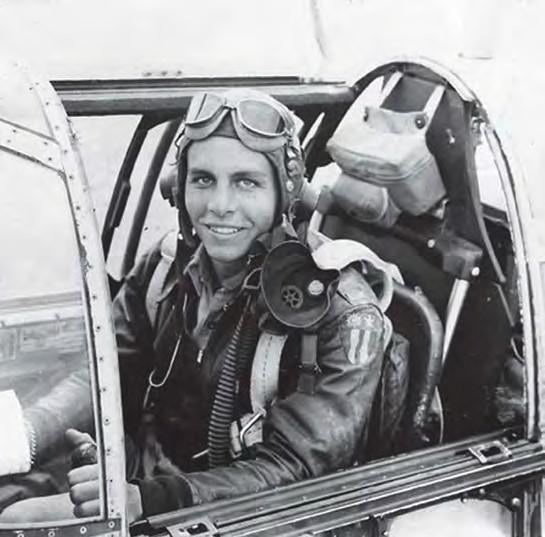 Don Lopez in the original P-51C Lope’s Hope 3rd during the war.