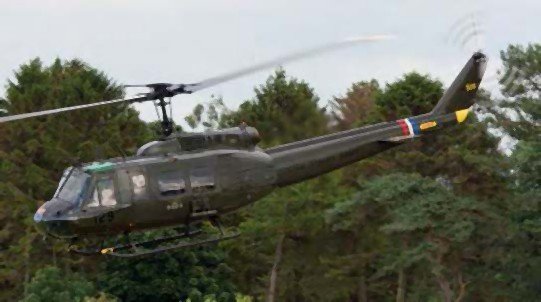 Passenger lights are due to be made available in MSS Holdings’ immaculate Bell UH-1H, which served in the Vietnam War. BEN DUNNELL

The UK Civil Aviation Authority announced on 5 October that it has granted approval for MSS Holdings to operate paid passenger lights in its Bell UH-1H Iroquois, G-UHIH, under the Safety Standards Acknowledgement and Consent (SSAC) rules. The ‘Huey’ thus becomes the first helicopter permitted to conduct such recreational lights as a result of SSAC, which came into force in 2014 and has allowed passenger rides to be conducted in Spitires and Mustangs.

Tony Rapson, head of the General Aviation Unit at the CAA, said, “We know members of the public are very interested in lying as passengers in classic aircraft, and so where we can, we will assess a safety case for a particular aircraft type, to potentially allow it to be used for paid lights. We are very pleased that our hard work alongside MSS Holdings has allowed the iconic ‘Huey’, as used by the US Army, to now be experienced by members of the British public.”

This example of the UH-1, serial 72‑21509, was delivered to the US Army in April 1972. That July it was assigned to the 129th Assault Helicopter Company in Vietnam, and amassed 559 combat hours in the theatre before returning to the US in February 1973. The ‘Huey’ then served with various Army National Guard and second-line units until retirement to storage in 2000, after which MSS Holdings purchased the machine and restored it to lying condition in its Vietnam-era markings. Since 2003 it has been operated on the UK airshow circuit, being based at Wesham near Preston, Lancashire. Ben Dunnell