Four years after it arrived at the workshops of Historic Aviation Services at Wetaskiwin, Alberta, restoration of Hawker Hurricane XII RCAF 5389 is progressing well, with hopedfor completion due at the end of 2017. Owned by the City of Calgary and destined for display at the Aero Space Museum of Calgary, the PackardMerlin 29 poweredfighter is being restored to the museum’s ‘run and taxi status’ requirement.

Recent work has included completion of the wooden fuselage stringers. Also particular to this model of Canadian-built Hurricane is the formidable fit of 12 0.303 Browningmachine guns. During a four-year search, three guns have been purchased and twomore have recently been located, but it is now thought to be unlikely that the remaining seven will be found, so the possibility of building replicas to fill the vacant positions in the wings is being explored. A great deal of forward fuselage sheet metal work has been completed, and the Merlin’s exhaust pipes will soon go to Vi-Scan Services in Calgary, who have offered to undertake the necessary welding free of charge. The Merlin 29 has been overhauled by volunteers from the Calgary Mosquito Society under the watchful eyes of the aircraft engineers with the Bomber CommandMuseum in Nanton. Some parts are still required, including internal parts of the main hydraulic selector, coolant tank mounts, numerous speciality fasteners and the balance of the rails for the cockpit canopy.

Hurricane 5389 is one of 1,451 built by Canadian Car and Foundry at Fort William, Thunder Bay. Taken on charge on 23 June 1942, it went to RCAF Boundary Bay, British Columbia the followingmonth, from where it was operated on home defence duties until July 1943. During its time with No 133 Squadron, 5389 was flown by Flt Lt Don Laubman, who was destined to become Canada’s fourth highest-scoring ace of the war with a total of 15 enemy aircraft destroyed and three damaged. Retired Lt Gen Laubman, now 95, lives in Red Deer, Alberta. The Hurricane will be finished in themarkings it wore when he flew it, with the fuselage codes FN-M. 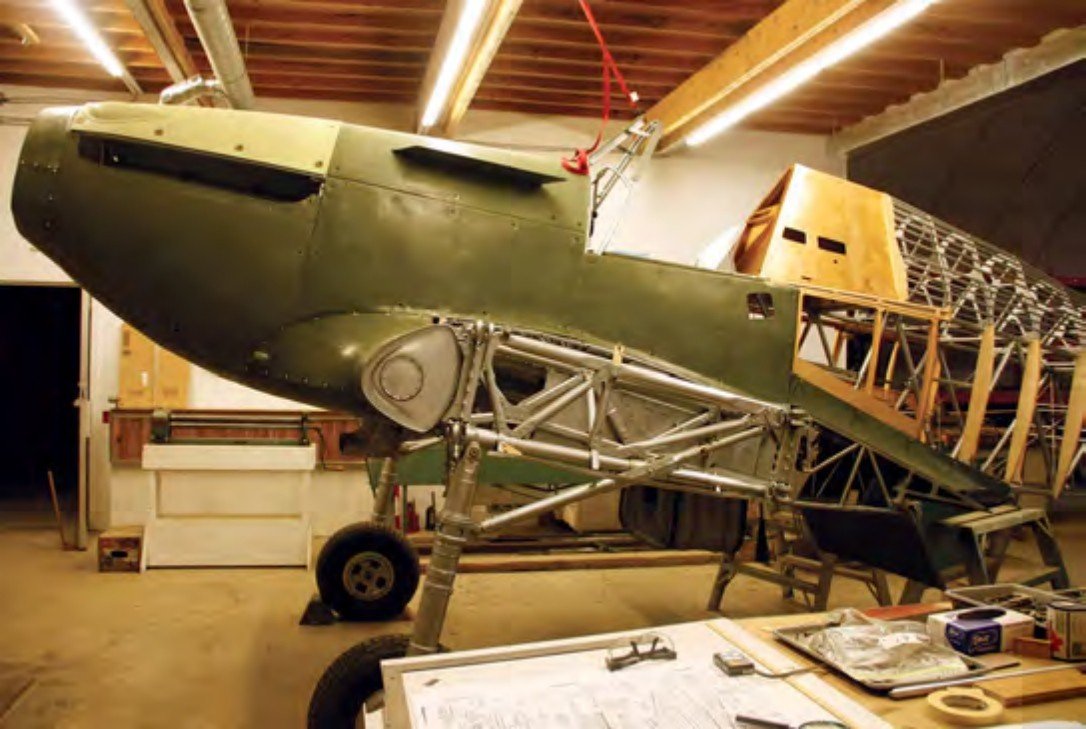