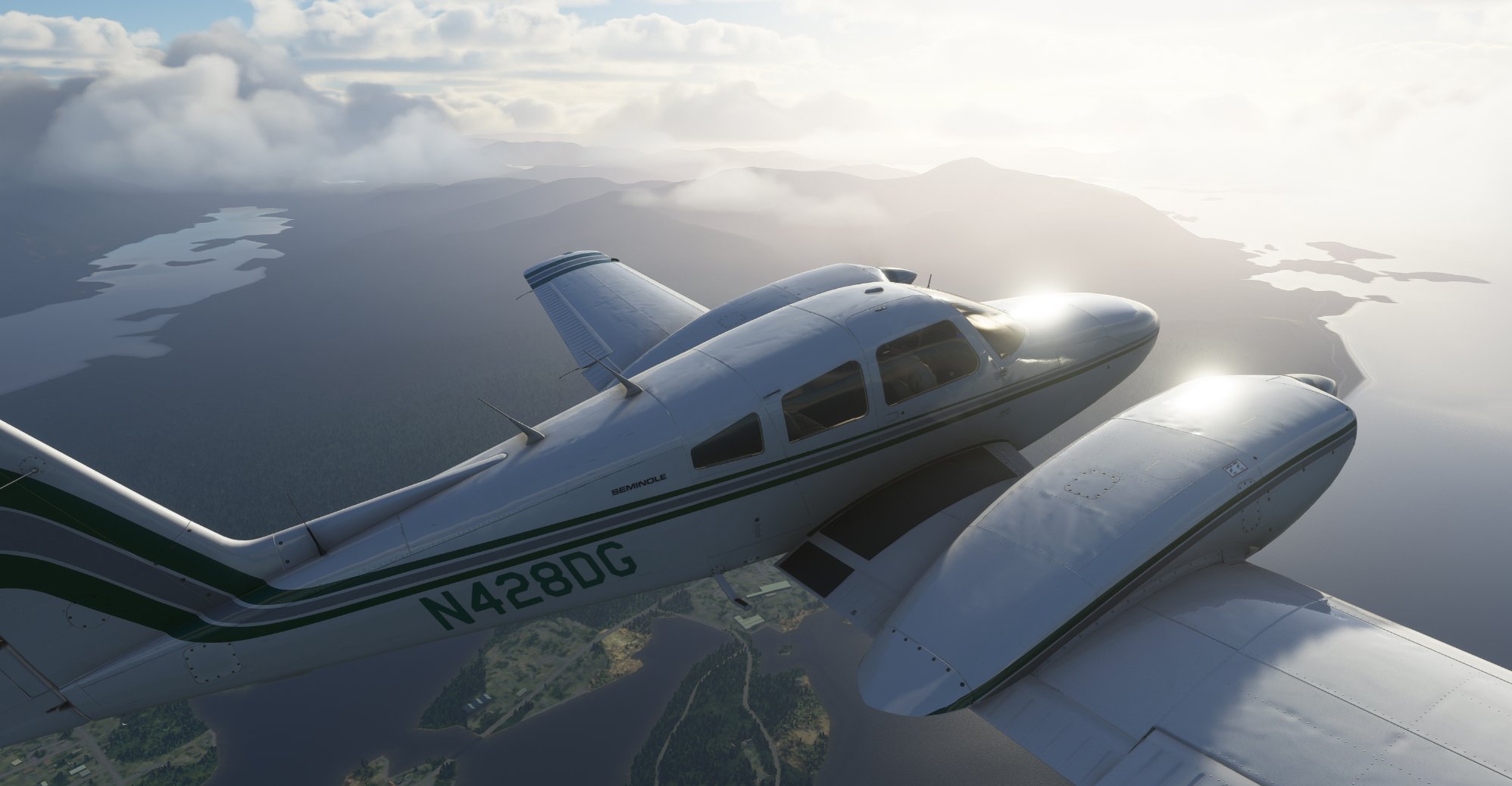 The PA-44 Seminole is known for its reliability and forgiving flight dynamics. It is equipped with full feathering contra-rotating props, so the adverse aerodynamic effect of a failed motor is reduced as there is no critical engine. Consequently, it is very popular with flying schools and for cross-country flying while its two Lycoming 180hp flat-four piston engines provide a cruise speed of 160kts and a range of 915nm.

The package from Carenado is fitted with a mix of default and custom avionics, authentic sounds recorded from the real aircraft and PBR (Physically Based Rendering) effects inside and out. Additionally, a tablet interface can be used for controlling static elements, pilots, doors, etc. There is also a 'cold&dark' and 'ready-to-taxi' start-up options.

The package is available on the Microsoft Flight Simulator Marketplace for £24.99.