A whole new level of simulation!

As you will see from my review of Carenado’s F33A Bonanza, the Chilean developer has produced a fine representation of the Beechcraft Bonanza. It comes with all the features most sim flyers would ask for in terms of realism and performance. However, there are a growing number of pilots who want an even more in-depth experience than this and it’s for these folk that SimCoders created an expansion pack for the Carenado F33A Bonanza. It was designed by real pilots to provide the most realistic GA simulation of the Bonanza yet produced, in this case for X-Plane pilots. 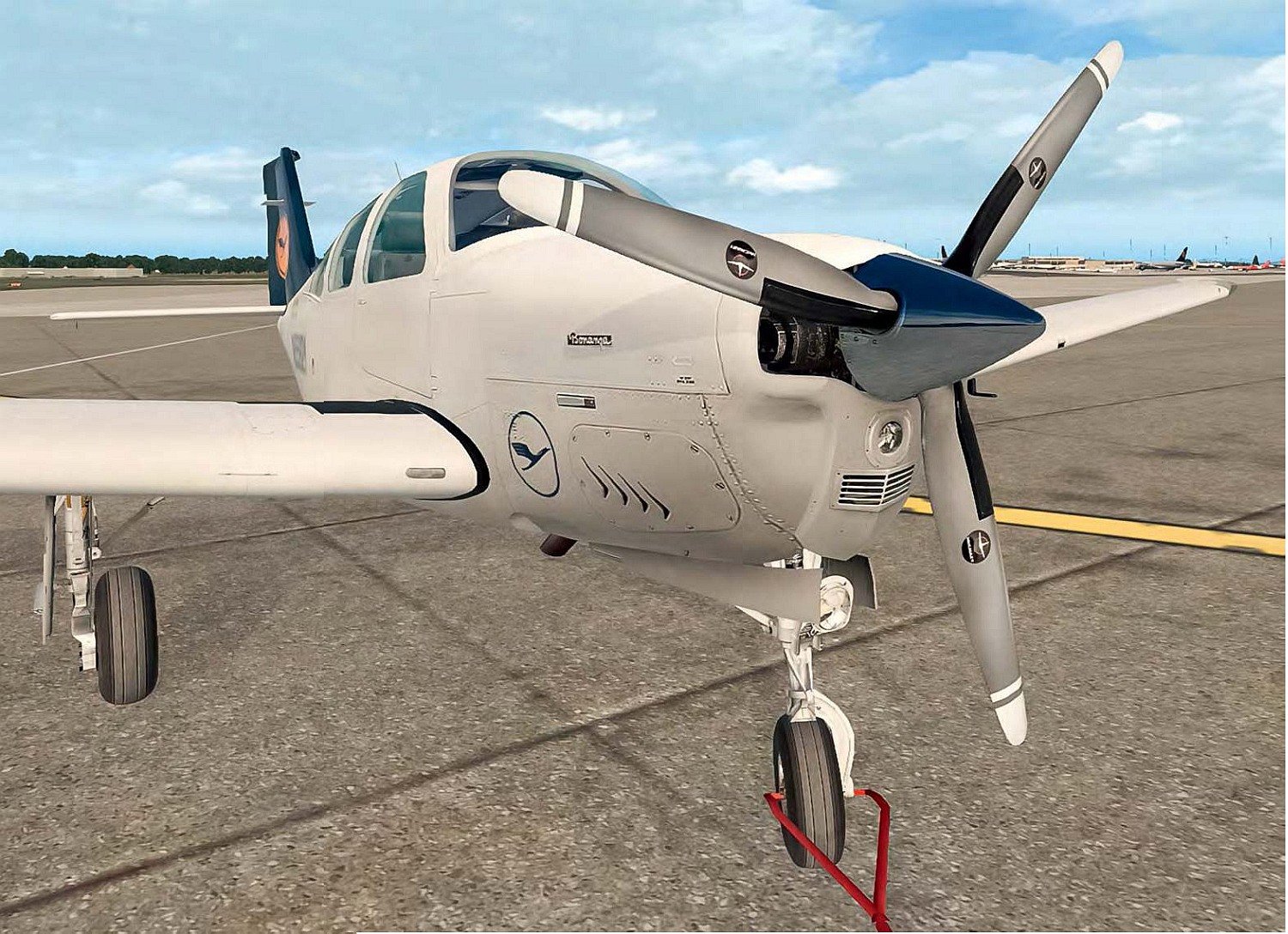 Once prepared, you can tow out your aircraft using your normal joystick functions.

In basic terms, the developers at SimCoders have improved the flight dynamics and sounds. They have also provided a more comprehensive simulation of the on-board systems, adding on-screen menus that allow you to easily access these extra features. It’s a sort of Accu-sim for X-Plane, very similar to the study simulations offered by other companies, such as the Twin Otter Extended from Aerosoft or the Majestic Dash-8 Q400.