The design that gave birth to the modern commuter aircraft

The late 1970s was a tempestuous time in the US aviation market. Thanks to deregulation, the market suddenly found itself awash with airlines - large and small, all competing for passengers. While Boeing and McDonnell Douglas had the big airliner sector sewn up, at the other end of the spectrum there was a distinct lack of aircraft to cope with the sudden boom in air travel. 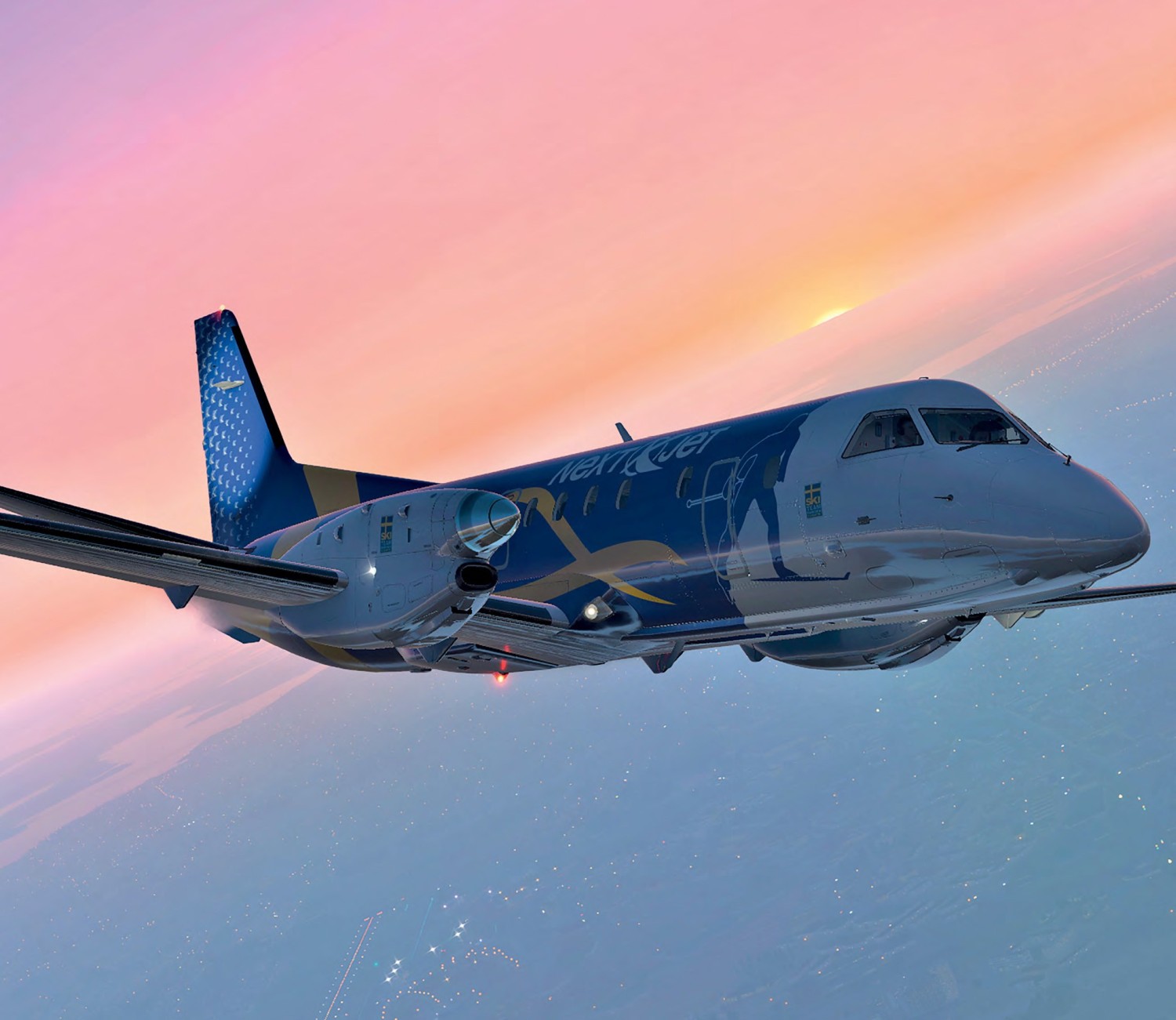 The evening reflections show up beautifully thanks to the 4K PBR paint job.

Small aircraft, offering nine to 18 seats, were scratching out a living providing the mainline airlines with feeder traffic from small regional airports. The maximum size of these aircraft, in terms of passengers, topped out at just 19. With demand growing, there was a gap in the market for a bigger aircraft that could fly into the smallest airfield and fly out again with no problems. Swedish aircraft manufacturer Saab spotted that gap and offered a solution: the Saab 340.