Cargo carrier West Atlantic has introduced the first in a new breed of converted Boeing 737 freighters to service and initial aircraft have been purchased for the Airbus A321P2F conversion programme.

These developments both reflect a wider trend – growth in air cargo – that is leading to increased demand for more capacity.

West Atlantic has introduced the initial 737-800BCF (Boeing Converted Freighter), leased from GE Capital Aviation Services (GECAS). The aircraft, G-NPTA (c/n 32740), was built in 2004 and previously operated under various identities for carriers including Futura, Travel Service and Sunwing before being selected for P2F conversion. West Atlantic accepted the aircraft into service at East Midlands Airport in April after it flew from Victorville, California, where it was painted in a distinctive black, red and yellow paint scheme.

The jet is the first of four 737-800BCF conversions West Atlantic will receive over the next year. The arrival of these aircraft will take the Swedish company’s fleet of converted 737 freighters to 23 by next year. West Atlantic’s Chief Executive Officer Fredrik Groth said the carrier expects the 737-800BCF to improve reliability, lower operating costs and provide a better environmental footprint.

Boeing launched the 737- 800BCF early in 2016, taking to three the number of P2F options for the aircraft after Aeronautical Engineers Inc and IAI Bedek in Israel previously announced their own conversions for the aircraft. The Boeing conversion has attracted 45 orders from seven customers so far, including commitments from the Chinese carriers YTO Airlines and China Postal Airlines, and Air Algerie. Mike Fleming, Vice-President Commercial Services, Boeing Global Services, said: “For the first time, operators get onestop- shop support throughout the life cycle of a standard-body freighter originally manufactured by Boeing, converted by Boeing and supported by Boeing.”

The AEI conversion for the 737-800 is due to receive its supplemental type certificate (STC) in mid-2018; the company accepted the first aircraft for conversion, a 1999-vintage former Corendon Airlines jet, in 2016 and has announced orders for more than 30 conversions. Aircraft undergoing AEI’s conversion will be redesignated as 737-800SFs.

Miami-based AEI holds 128 STCs for P2F conversions of various single-aisle narrowbodies and regional jets. Last year, the company delivered 27 conversions (21 737-400SFs, four MD-83SFs, one MD-82SF and one CRJ200SF) and it expects to hand over 23 this year, including the first 737-800SF.

The 737-800BCF is not the only single-aisle that’s made news in the P2F market recently. In April, the Luxembourg-based aircraft trading, leasing and specialist maintenance, repair and overhaul company Vallair announced it has acquired six A321-200s for P2F conversion by the ST Aerospace/EFW joint venture.

Conversion work on the aircraft is scheduled to begin towards the end of 2018. Peter Koster, head of Vallair’s cargo conversions business unit, said: “This transaction secures sufficient feedstock for the initial conversion programme, and enhances our developing portfolio of assets available on lease.” 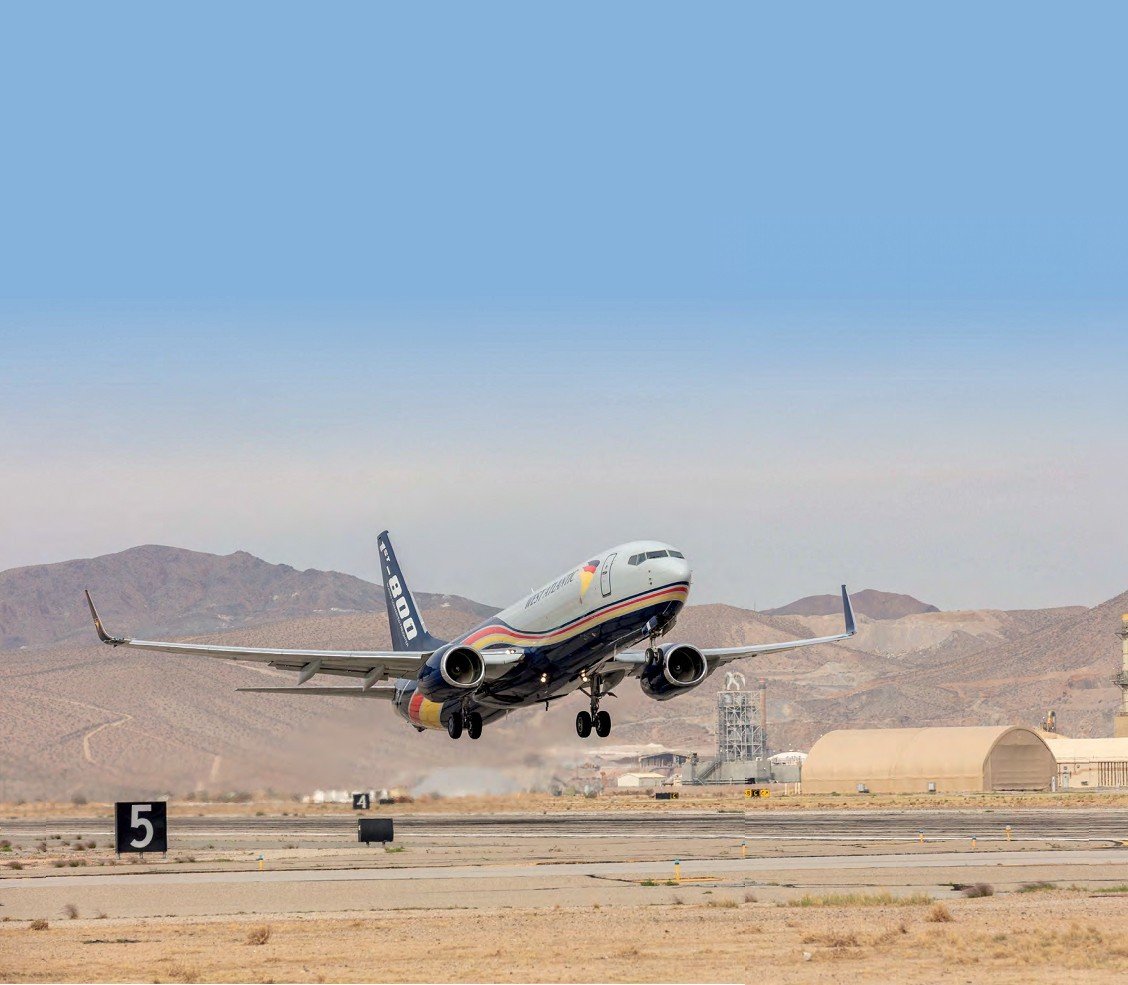 The first 737-800BCF departs Victorville, California, on its journey to East Midlands Airport on delivery to West Atlantic.
Boeing

The ST Aerospace/EFW A320/ A321 conversion programme was launched in 2015. Initial STC approval is due by the end of 2019 and Vallair anticipates the first converted A321 to be ready for operation early in 2020.

Vallair has also awarded a separate contract to another third-party conversions specialist, A321 Precision (a joint venture between Precision Aircraft Solutions and Air Transport Services Group), to convert A321- 200s to freighters.

The A321P2F will be the first cargo aircraft in its size category to offer containerised loading in both the main deck (up to 14 container positions) and lower deck (up to 10 positions). The converted aircraft will be able to carry 27,900kg (61,508lb) payloads over 2,300 nautical miles (4,259km).

The developments with 737 and A321 conversions are indicative of renewed buoyancy in the air cargo market after a choppy decade. The International Air Transport Association recently forecast freight tonne-kilometres would “grow by 4.9% on average over each of the next five years, helped by a stronger economic and trade backdrop than we saw over much of the previous fiveyear period”.

This underlying trend is not just driving activity in the conversions segment of the market. Some operators are buying more aircraft; witness UPS Airlines ordering 14 more Boeing 747-8 Freighters early in the new year and Qatar Airways in April ordering five 777 Freighters. Operators are also introducing more leased capacity: for example, UPS has reportedly leased seven converted freighters, and early in May DHL Express announced the lease of a second Atlas Air Boeing 747-400F to operate a South Korea–China– Europe–China service, in addition to its transpacific eastbound and westbound flights from Shanghai to Cincinnati.

The air cargo market’s upswing is also stimulating developments in other areas. Boeing has announced it is lifting production of its Boeing 767 Freighter to 36 aircraft a year (from 30) and Airbus is reportedly considering a freighter option for the A330neo.