The Cessna 208 Grand Caravan is part of Thranda's Dynamic Generation Series, featuring two models in one: the C208 Caravan 675 and C208 Grand Caravan. Both aircraft come with passenger and cargo versions.

The aircraft features 11 liveries with PBR (Physically Based Rendering) effects with true-to-life plate deformation, to-the-rivet precision and weathering effects such as dirt and grime. A dynamic livery editor can be used to create virtual paint schemes with an option to assign any colour to any available paint segment, including metallic materials and weathering overlays. 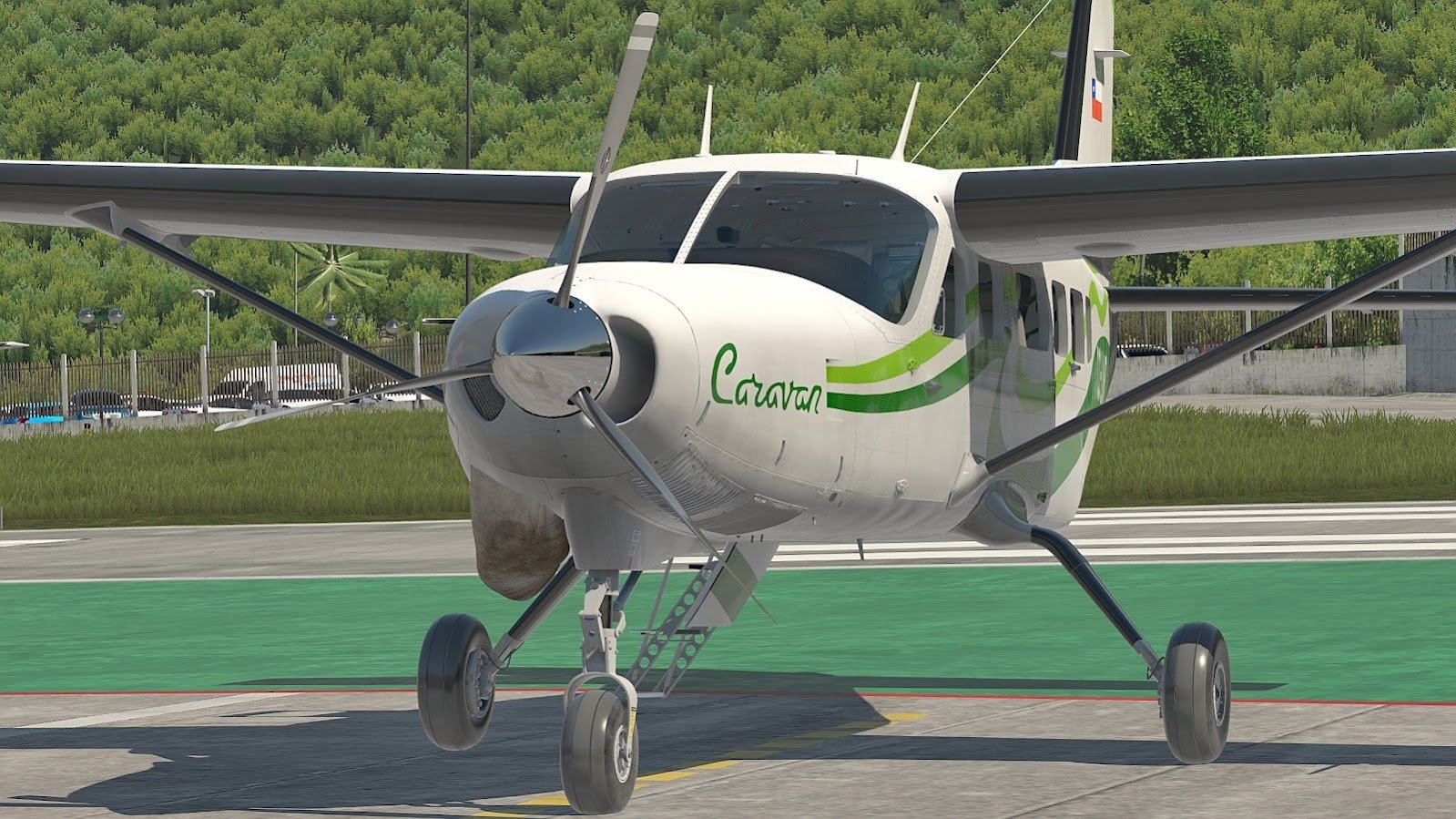 A custom FMOD sound system is adjustable in real-time with audio effects such as blade slapping, individual buttons and switches in the cockpit and unique engine sounds. 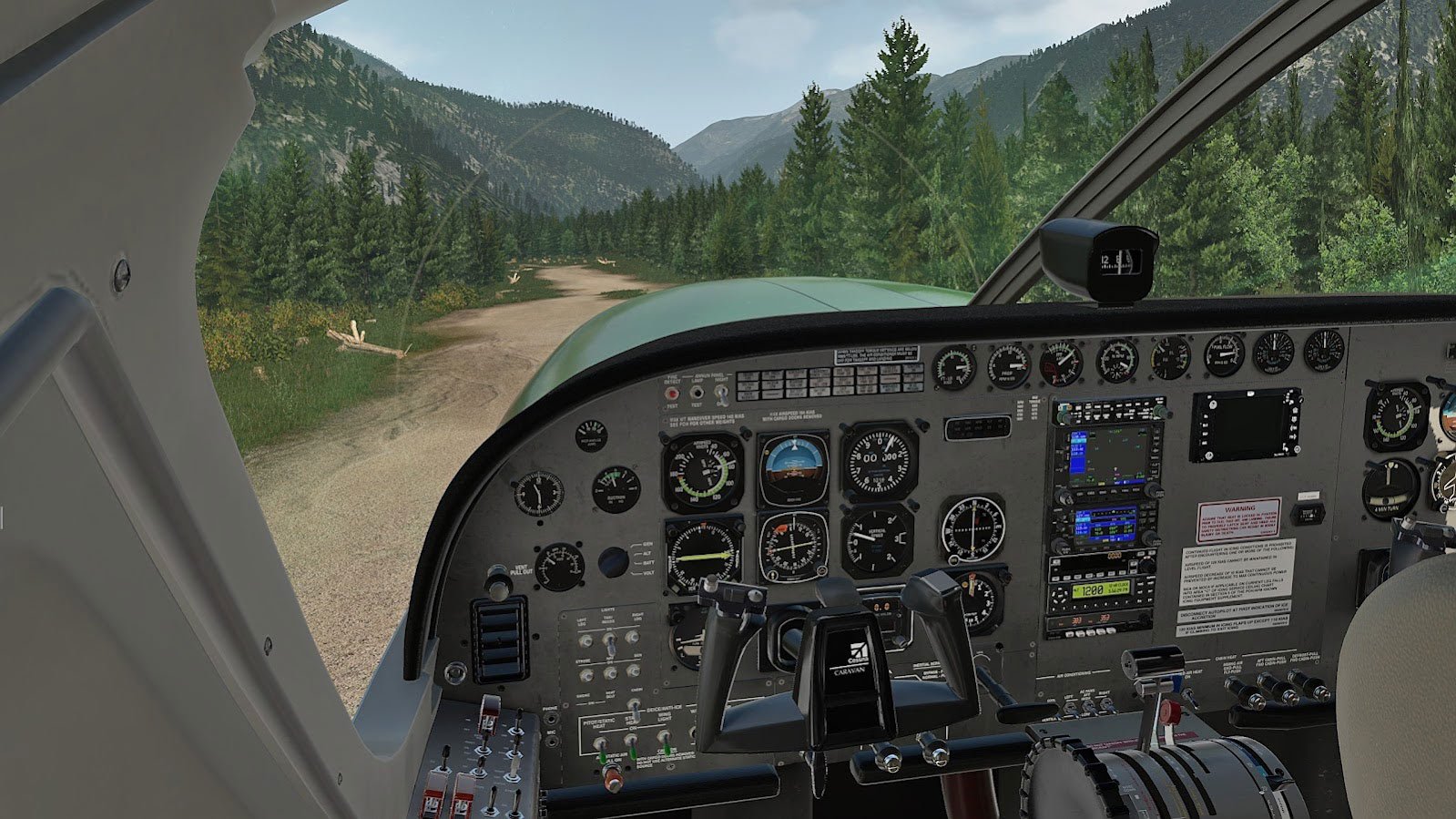 Other highlights include a fully configurable 3D instrument panel with more than 50 gauges, such as the Aspen EFD 1000 or RealityXP GTN750 (sold separately). It comes with four instrument panel layouts, which can be customised by moving instruments around using a simple and intuitive interface. 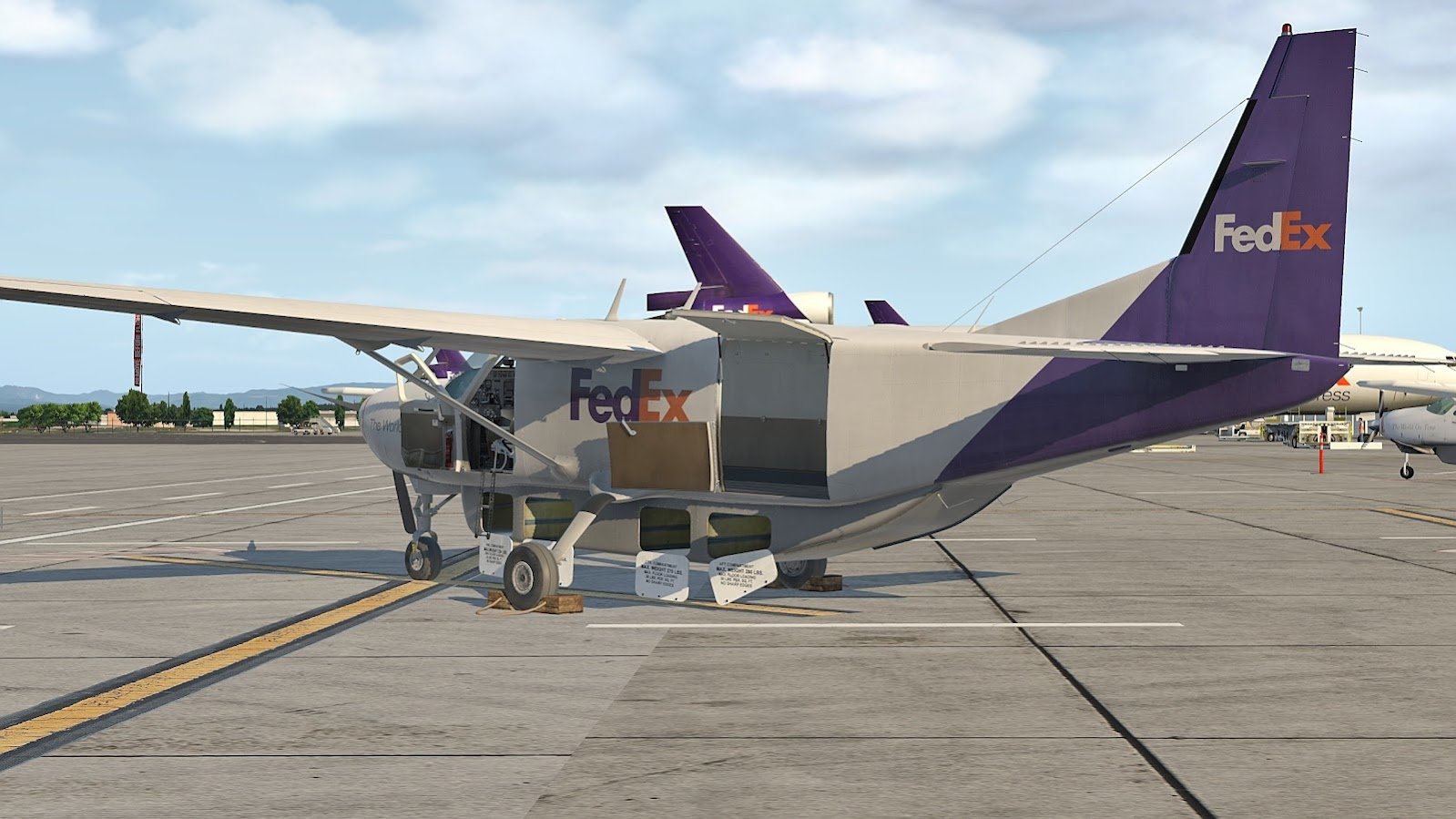 The aircraft features authentic flight dynamics designed with the help of active Caravan pilots and a fully modelled Pratt and Whitney PT6A-114A turboprop engine with custom ITT temperature logic. It also sports realistic fuel and electrical systems, including the battery, avionics busses, generator, starter, external power and a standby alternator system. A custom menu can toggle between simplified or realistic engine modes. It is also possible to perform realistic start-up procedures with an option to start with the up running or in a cold-and-dark state. 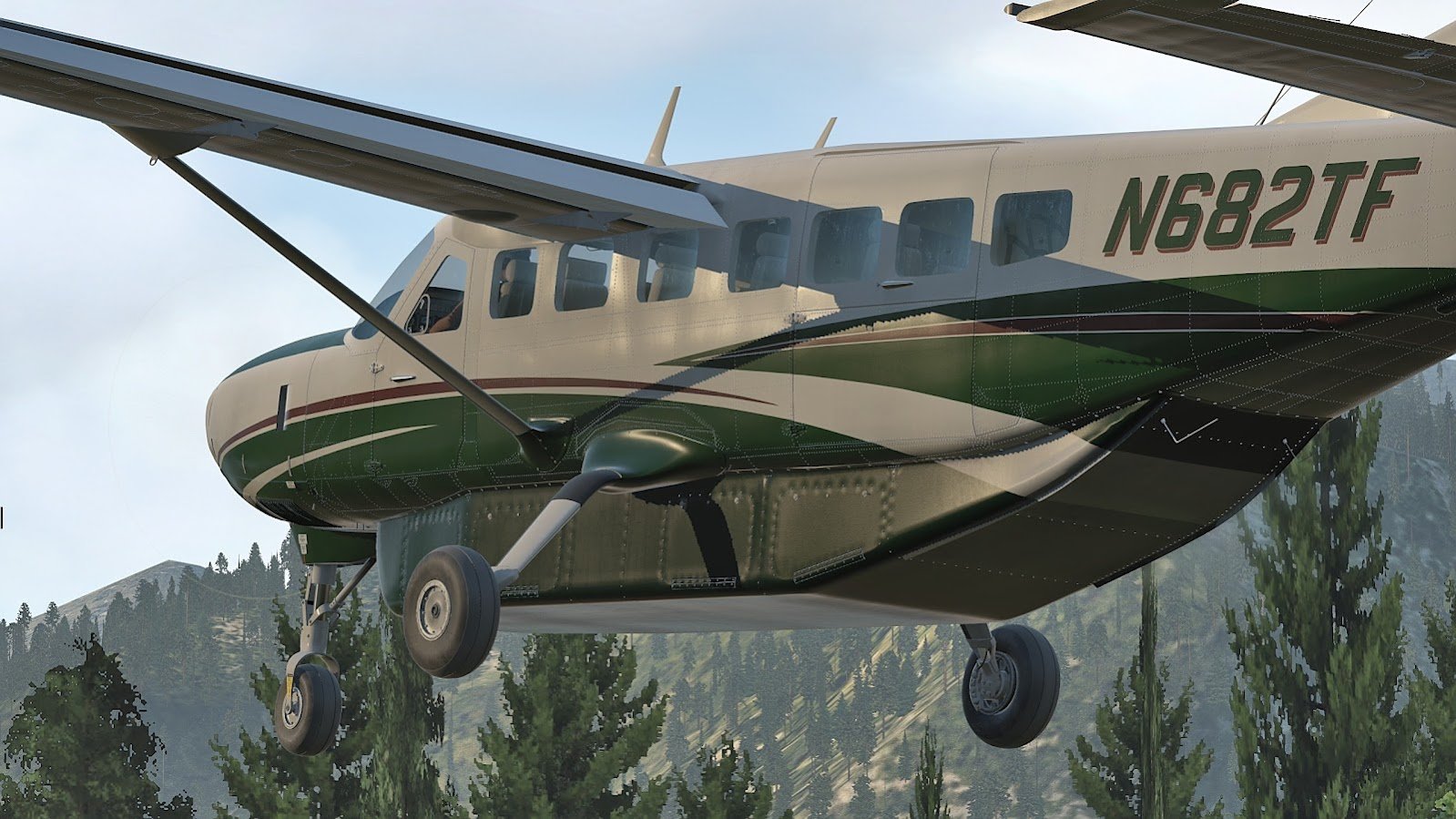 An options menu can be used to add a cargo pod, install external fuel tanks and set the payload/fuel and centre of gravity. It is also possible to control individual seat positions to create a hybrid passenger/cargo version of the aircraft. 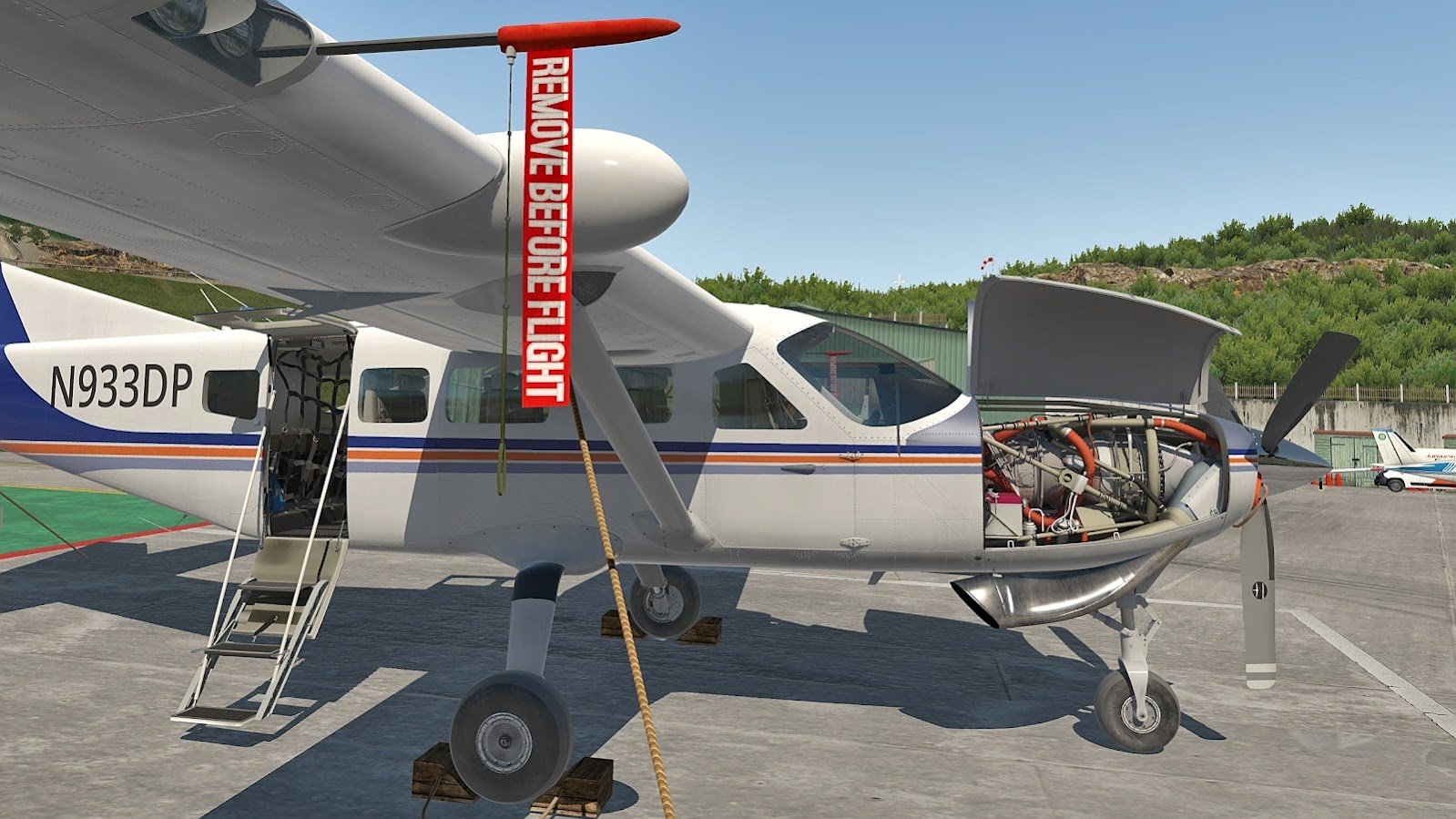