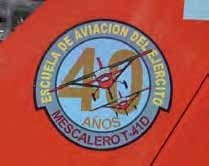 Two of the Argentine Army’s Cessna T-41D Mescaleros have been given special markings to celebrate the aircraft’s 40 years of service with the Army Aviation School. During the annual Argentine Army Aviation Day on November 25 at Campo de Mayo, near Buenos Aires, T-41Ds AE-051 and AE-055 were displayed with the new insignia. ESTEBAN BREA 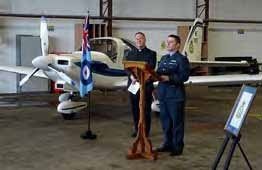 RAF Woodvale in Merseyside celebrated its 75th anniversary on December 7. A rededication service was held in one of the hangars and featured an address by the station commander Wg Cdr David Hooton. Prayers were led by Woodvale’s chaplain Monsignor John Walsh. The base is currently home to 611 Squadron. COURTESY ALDON FERGUSON 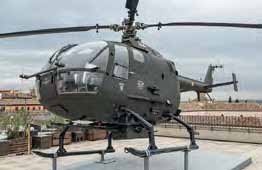 CASA-built MBB Bolkow Bo-105CB HR15-62/ ET-163 is now on permanent display in the Spanish Army Museum’s gardens in Toledo. It was previously in storage at Seville’s El Copero army base. The helicopter is one of 18 used by Batallón de Helicópteros de Ataque (Attack Helicopter Battalion) BHELA I at Almagro. ROBERTO YAÑEZ