As an avid hiker, it isn’t unusual for me to spend hours poring over maps, admiring the topography represented by the contour lines that tell the story of elevation and slope. Taken together with my flight simulation hobby, topo maps have led me to discover some interesting airfield locations that I otherwise might not have stumbled upon. 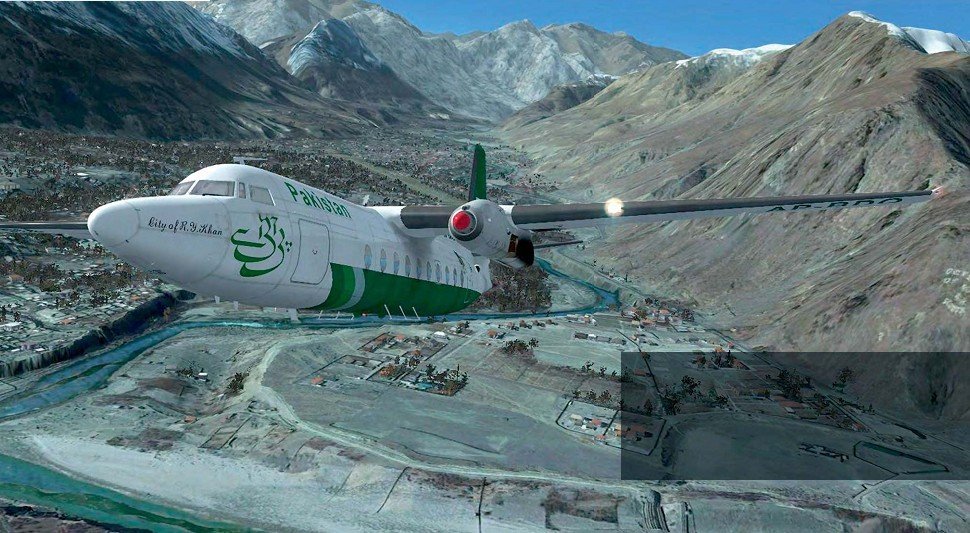 Due to the combination of rising terrain and a narrowing valley, departures are made to the east off Runway 7, climbing out along the Gilgit River Valley to the southeast before joining the Indus River Valley southbound.

I spotted the airport at Gilgit, in the Pakistan-administered mountainous north of the country, as I was scrolling a map westward from the iconic high altitude-airport of Lukla, Nepal. Scattered throughout the Himalaya, Karakoram and Hindu Kush mountain ranges of South Asia are airports carved out wherever enough flat land can allow for an airstrip. Serving the local population of nearly a quarter of a million people, Gilgit Airport is an important gateway to the region via the capital city of Islamabad.