Tom Kaminski reports on VMA-223, a US Marine Corps AV-8B Harrier II squadron that has been on many combat deployments in recent years. 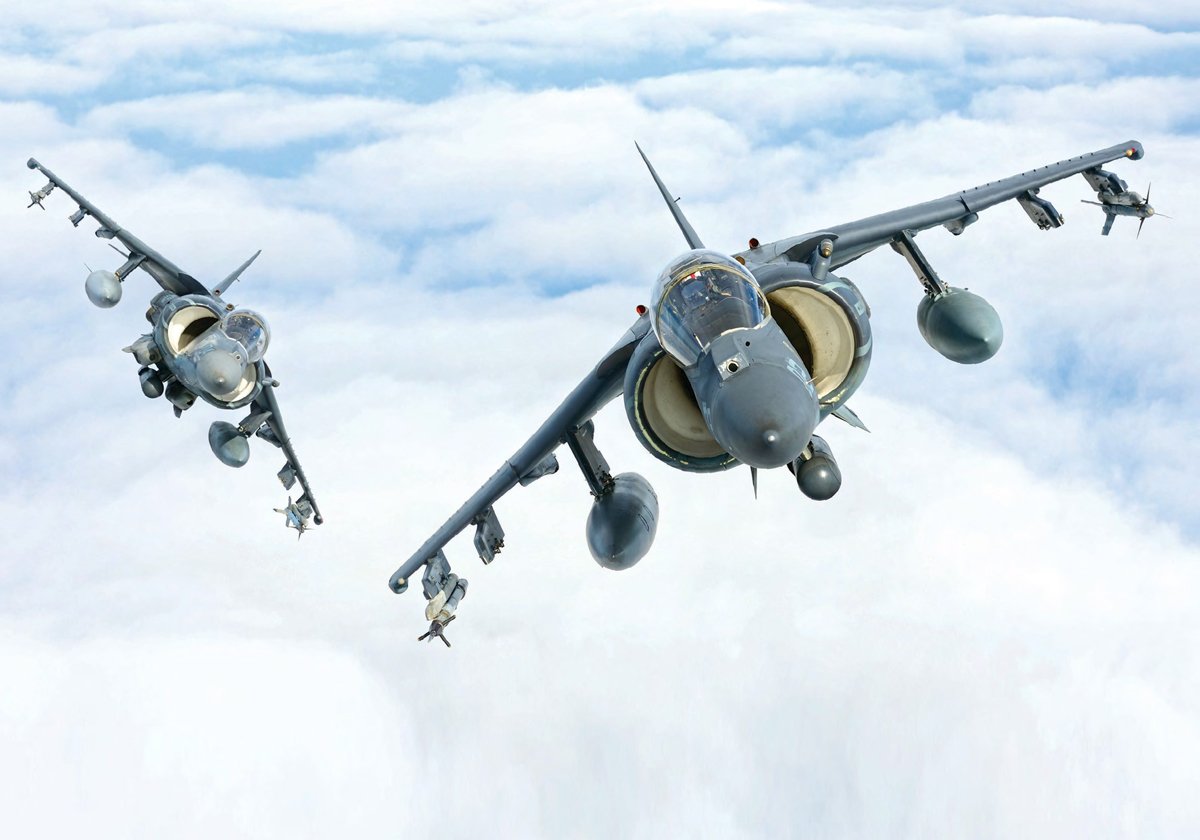 Main photo: Two VMA-223 AV-8B+ Harrier IIs carrying AN/AAQ-28 Litening targeting pods on the centreline stores stations. They also each have a pair of 300 US gal external fuel tanks on the inboard wing stations, plus an AIM-9 Sidewinder training round and an air combat manoeuvring instrumentation pod on the outer positions. The trailing aircraft is also equipped with two pods associated with the 25mm GAU-12 gun system under the fuselage.
Key-Jamie Hunter