Assembling a fleet of three Boeing B-17s to film 1962’s The War Lover was, in itself, a great achievement. Crossing the Atlantic in them, and flying the trio for the cameras, became the stu_ of legend 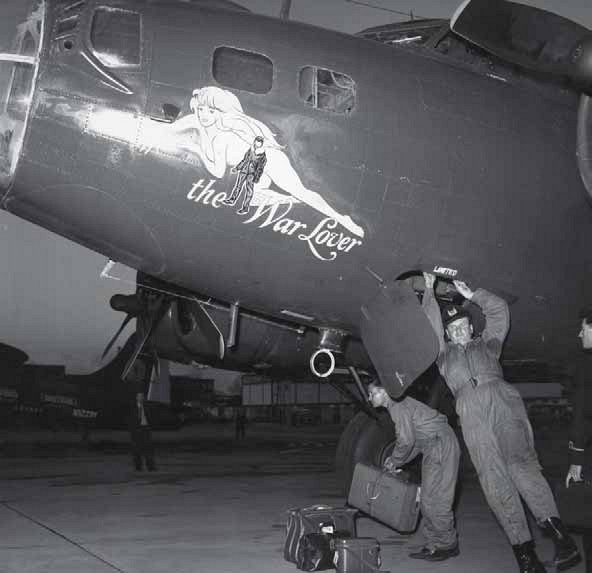 John Crewdson, no doubt relieved to have made it, attends to PB-1W N5232V after arriving at Gatwick on 8 October 1961. Behind is the other former US Navy machine, N5229V. Both machines had been specially painted for the trans-Atlantic crossing.
KEY COLLECTION

At the age of 19, in 1946, John Crewdson joined the British Army and became an accomplished light aircraft pilot, on Austers, with the Glider Pilot Regiment. A little later he moved to Canada, transferring to its armed forces. He expected to _ y with the country’s projected army air corps, but in the event it was never formed. Instead he worked as an instructor and as a glider tug pilot, of which he soon grew tired. He therefore travelled south, down to the USA, where he took up cropdusting. This he enjoyed greatly, and soon afterwards he gained his helicopter ratings.