FROM THE WORKSHOP B-17G CITY OF SAVANNAH 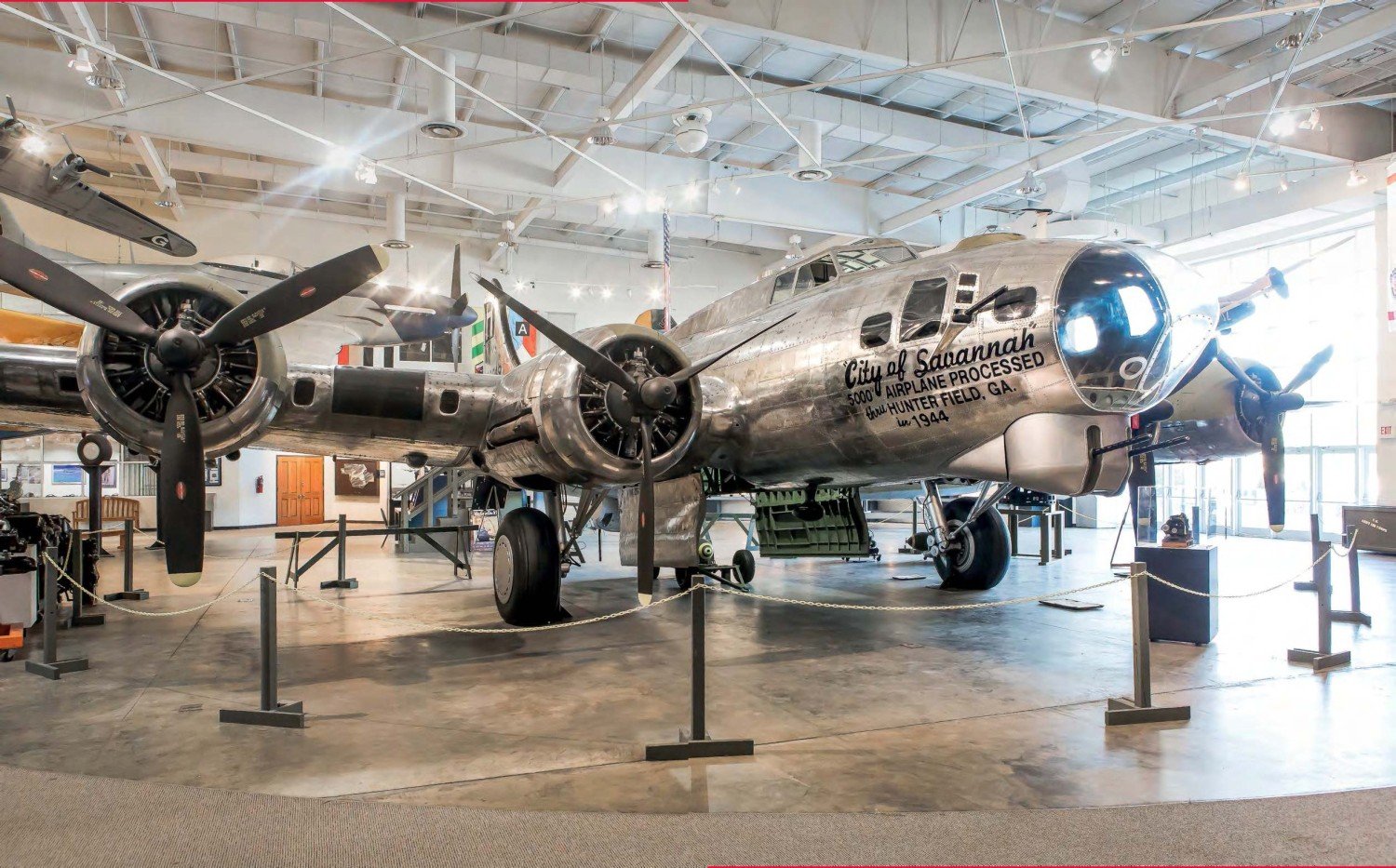 B-17 44-83814 in the museum’s Combat Gallery. The ‘Square H’ tail marking is a nod to Lt Ralph Kittle and his crew who, having flown 43-39049 ‘City of Savannah’ to Britain from Hunter Field in December 1944, joined the Knettishall, Suffolk-based 388th Bomb Group in another B-17. ALL PHOTOS NMMEAF UNLESS STATED

When the National Museum of the Mighty Eighth Air Force (NMMEAF) at Pooler, near Savannah, Georgia, opened to the public on May 14, 1996, its largest gallery had been designed to house a B-17 Flying Fortress – and the search was on to find one.