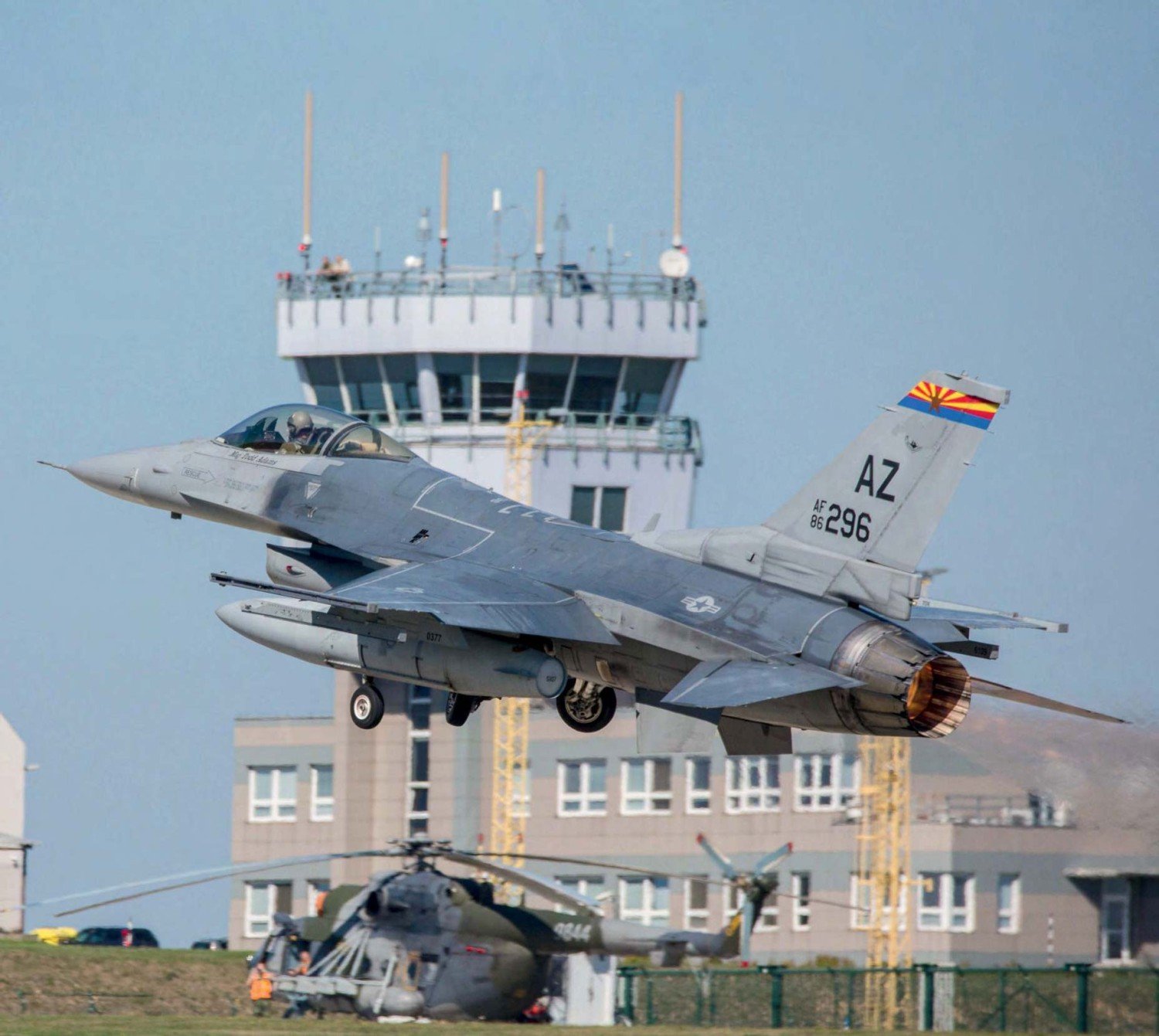 Arizona ANG F-16C Block 32 86-0296 ‘AZ’ lifts off the Náměšť runway in full afterburner. A Czech Mi-17 is seen in the background, in front of the tower.
Timm Ziegenthaler 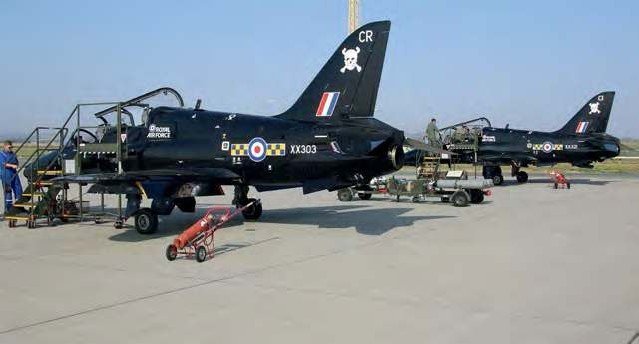 Two RAF No 100 Squadron Hawk T1As – XX303 ‘CR’ and XX321 ‘CI’ – deployed to Čáslav in late August. They spent the first week participating in Exercise Central Hawk, working with locally based Gripens and L-159s in air combat scenarios. They joined AMSE in the second week.
All photos Alan Warnes unless stated