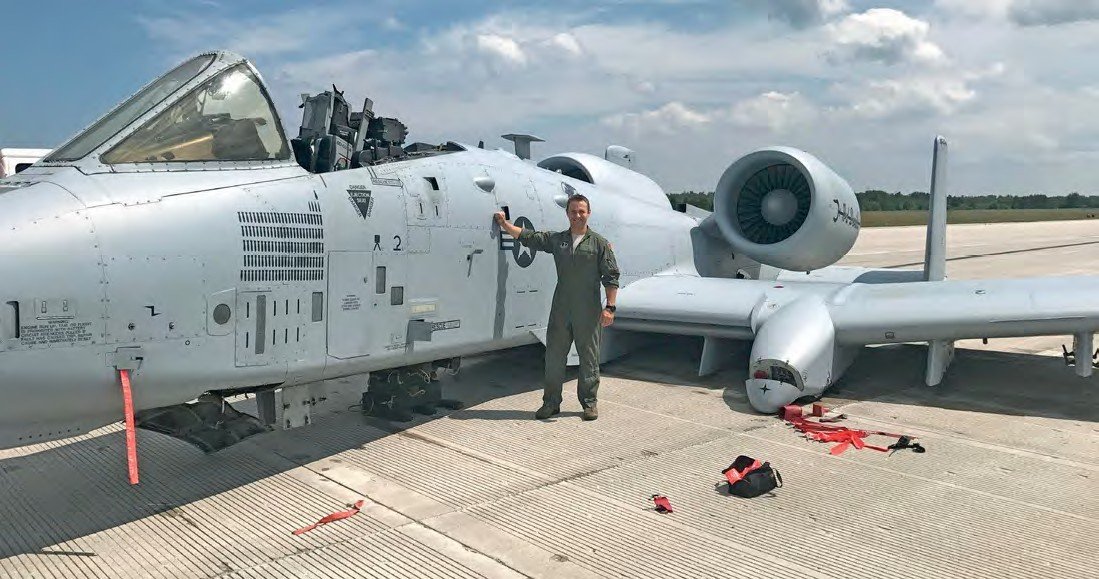 Capt Brett DeVries with A-10C 80-0264 after being forced to land with the undercarriage retracted at Alpena Combat Readiness Training Center on July 20.
Michigan ANG

THE MICHIGAN Air National Guard’s 127th Wing has revealed details of a quite extraordinary incident involving one of its A-10C Thunderbolt IIs (80- 0264/’MI’) operated by the 107th Fighter Squadron ‘Red Devils’ at Selfridge Air National Guard Base, Michigan. The aircraft had taken off from Selfridge on the afternoon of July 20 for a routine training flight to the nearby Grayling Air Gunnery Range. It was one of a flight of four A-10Cs making the 30-minute flight to drop practice bombs and perform strafing runs with the type’s 30mm GAU-8 Avenger ‘Gatling’ gun.