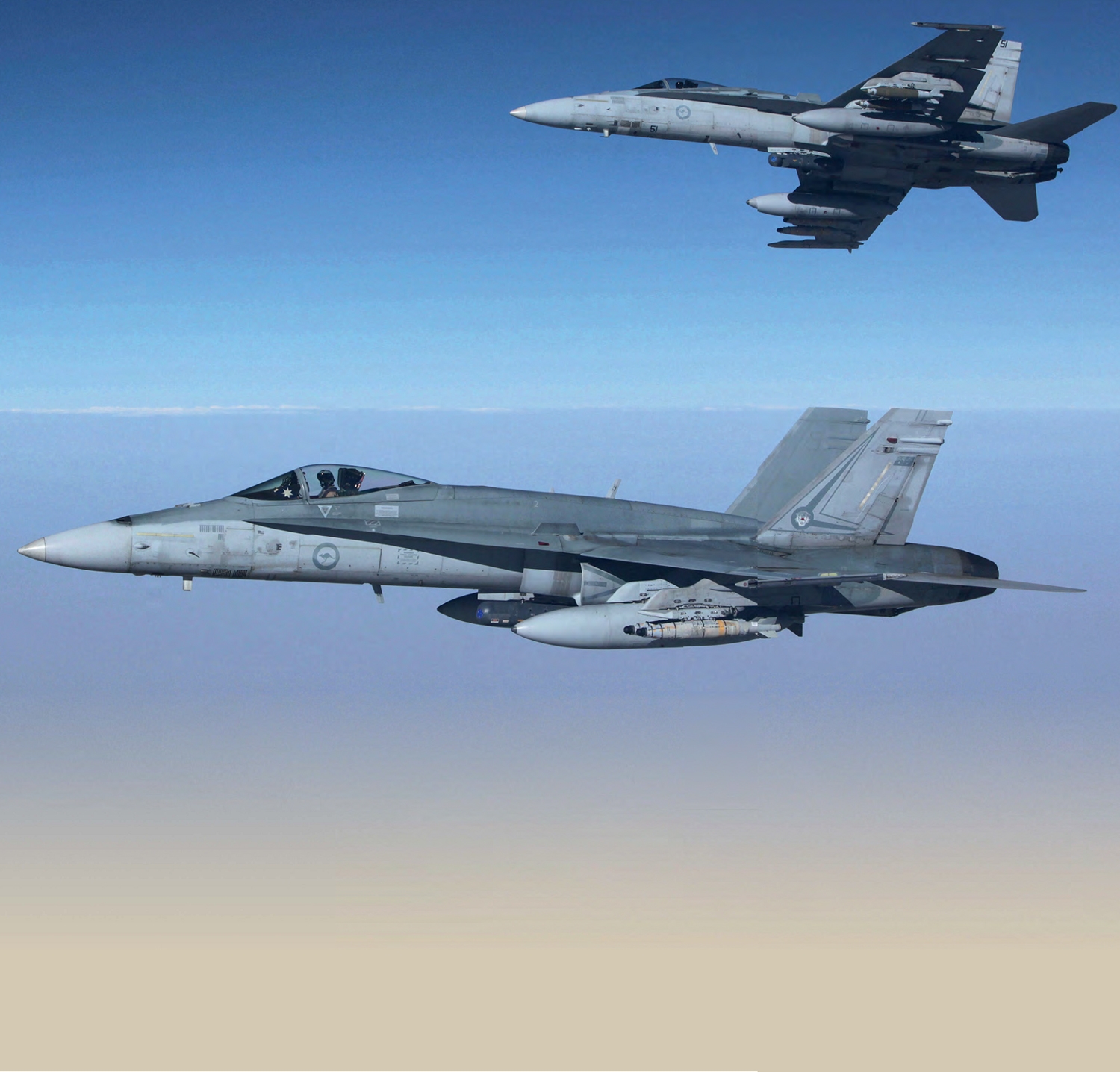 The Royal Australian Air Force has deployed both its F/A-18As, as pictured, and F/A-18F Super Hornets for OIR as part of Operation Okra. Australian DoD

Australia originally limited itself to operations over Iraq under a clear mandate from the Iraqi Government. Eight F/A-18F Super Hornets from Nos 1 and 6 Squadrons, a KC-30A tanker transport from No 33 Squadron and an E-7A Wedgetail AEW&C platform from No 2 Squadron began operating from Minhad, UAE, as part of Operation Okra from September 29, 2014.

The Super Hornets flew their first armed mission on the night of October 5-6. On the 9th, the RAAF attacked its first target in Iraq, dropping two bombs from an F/A-18F on an “IS facility”.