Doug Gordon hears from EF-111A aircrew how they practised for their wartime role in the European theatre, though it was the Middle East and North Africa that the type would see combat. 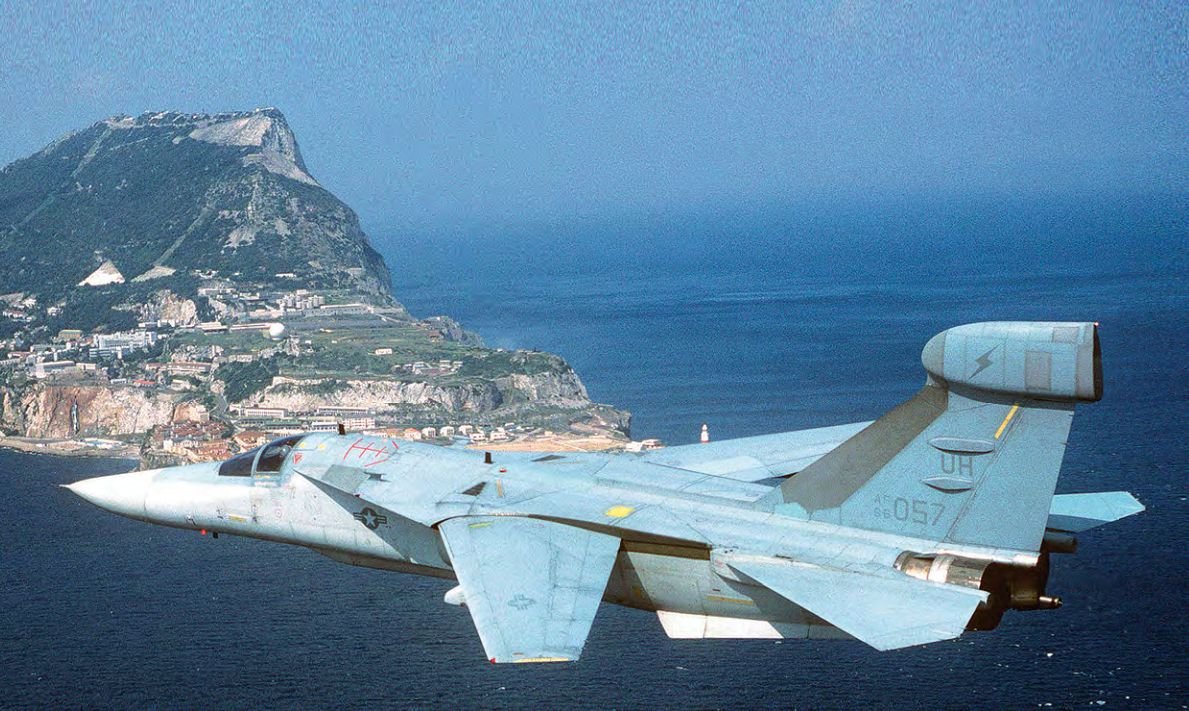 A 42nd ECS EF-111A during Exercise Open Gate in 1989 with Gibraltar in the background. A detachment of Ravens operated from Morón AB in Spain for the exercise. USAF Archives

The General Dynamics/Grumman EF-111A Raven did not start life as a natural electronic countermeasures aircraft, rather it was born out of a necessity to fill an urgent requirement. Following the departure of the Douglas EB-66 Destroyer from the European theatre of operations in 1972, the USAF had no electronic warfare (EW) assets on the Continent. Replacements for the EB-66 Destroyer had been considered for some time. The only other dedicated EW platform that was available at the time was the Grumman EA-6B Prowler, which the USAF was set against acquiring for a variety of reasons. Most notable being the different operational requirements of the Air Force that the Prowler would not meet in terms of range, loiter time on station, endurance and speed.