Combat in the Canaries

Ben Gorski and Manuel Acosta Zapata join Exercise Ocean Sky, held on October 19-30 at Gando air base on Gran Canaria, and designed to test the air defences of the Canary Islands. 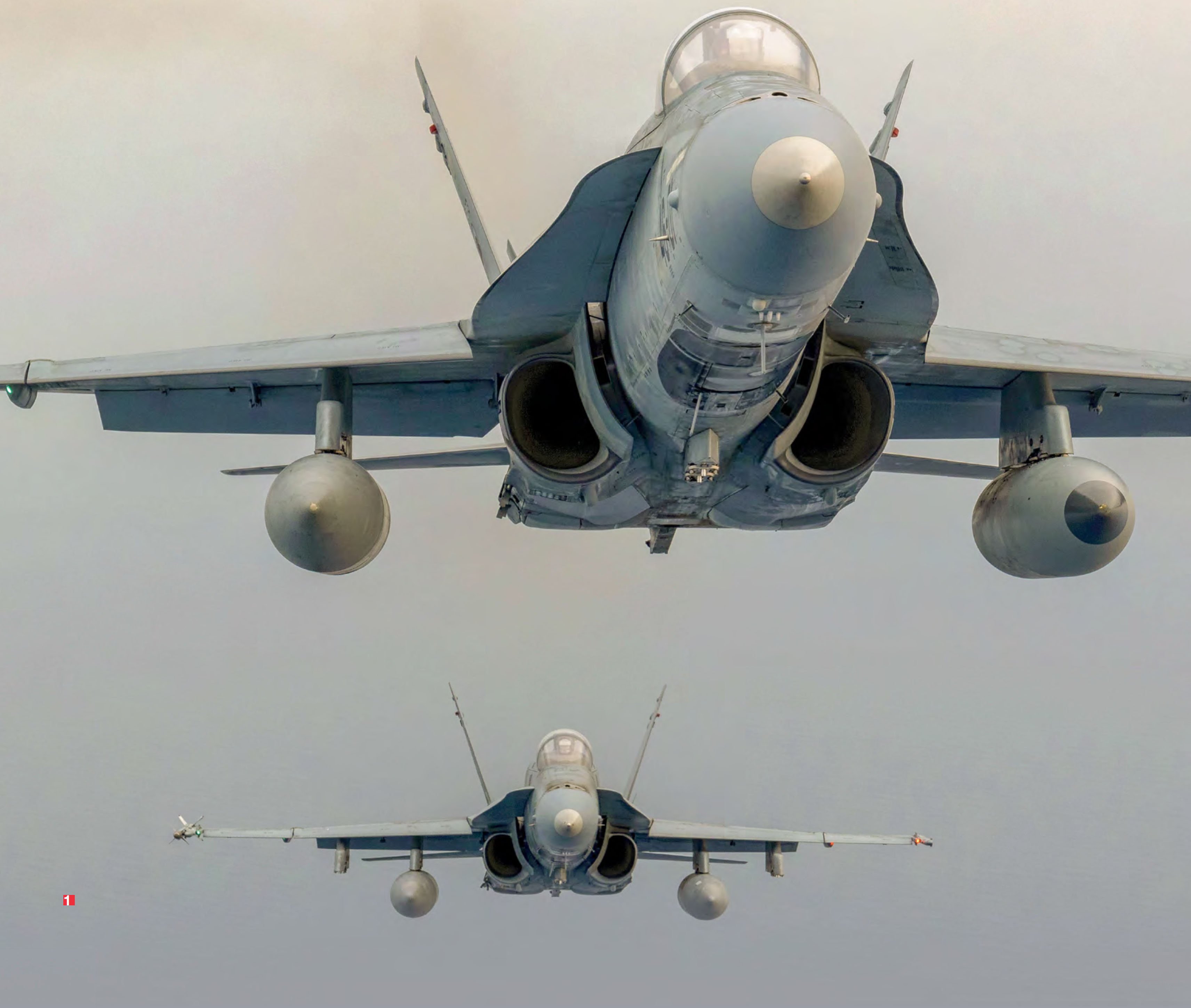 A pair of Ejército del Aire Hornets approach the tanker over the Atlantic. Both F/A-18A+ jets are from Ala 46 based at Gando. Like the EF-18Ms, these aircraft have received several structural and avionic/software upgrades, emerging with the F/A-18A+ designation, also referred to locally as F/A-18CX.

Geographically separated from the Spanish mainland and located just off the coast of Morocco, the Canary Islands present something of a challenge to the Ejército del Aire (EdA, Spanish Air Force) in terms of air defence. Known as DACT (Dissimilar Air Combat Training) since 2004, the rechristened Exercise Ocean Sky at Gando air base is an annual test of air combat resources, with fighters sharing the runway at the international airport of Gran Canaria.