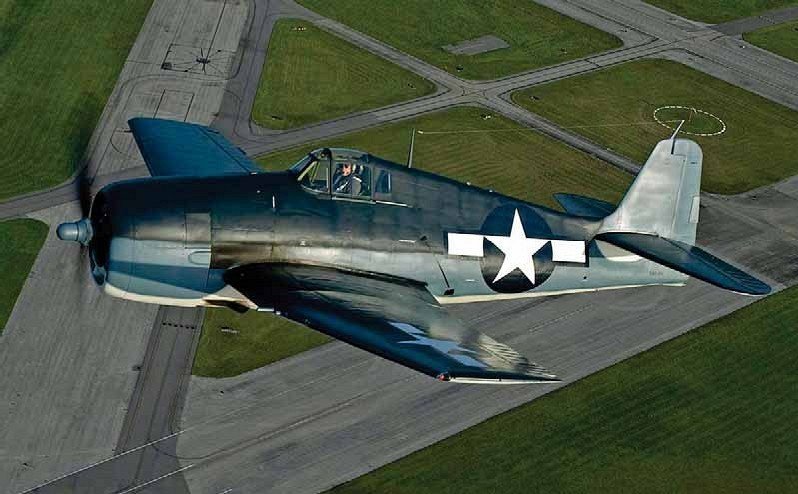 The Collings Foundation Grumman F6F-3N Hellcat, BuNo 41476, made its first postrestoration flight at New Smyrna Beach, Florida, on 15 July with regular Collings Wings of Freedom Tour pilot Rick Sharpe at the controls. Acquired by the Stow, Massachusetts-based foundation during 2012 from the National Museum of the Marine Corps at Quantico, Virginia in exchange for a Boeing FB-5 biplane fighter, the Hellcat has been restored to fly by Gary Norville’s team at New Smyrna. Originally delivered to the US Navy on 15 January 1944, 41476 had been singled out for secret night fighter modifications on Grumman’s Bethpage, New York production line. Work included a modified instrument panel incorporating a radar scope for the pilot, and the installation of an AN/APS-6 radar pod under the starboard wing. About 200 F6F-3Ns were eventually built.

“Originally delivered to the US Navy on 15 January 1944, the Hellcat was singled out for secret night fighter modifications”

The Collings machine was assigned to VF(N)-76, which in January 1944 became the first unit to take the type to sea from Pearl Harbor with Task Force 58, the long-range naval striking arm of the US Pacific Fleet. Due to the scarcity of trained night fighter pilots, the unit’s aircraft were dispersed in four detachments of four aeroplanes each to four Essex class aircraft carriers during the Philippines campaign. Nocturnal attacks by Japanese aircraft had until then been unopposed in the air, but the Hellcats immediately made their mark, VF(N)-76 becoming the highest-scoring night fighter unit, downing 37 enemy aircraft between February-September 1944. After serving with VF(N)-101 — where the Hellcats replaced F4U-2 Corsair night fighters — 41476 subsequently flew on night fighter pilot training duties, and post-war became an instructional airframe at Naval Air Station Norfolk, Virginia.

Once back at the Collings Foundation HQ at Stow, the Hellcat will join another night fighter in the shape of F4U-5N Corsair BuNo 124692, which flew 77 hours on combat missions from the USS Essex with VF-3 during the Korean War.