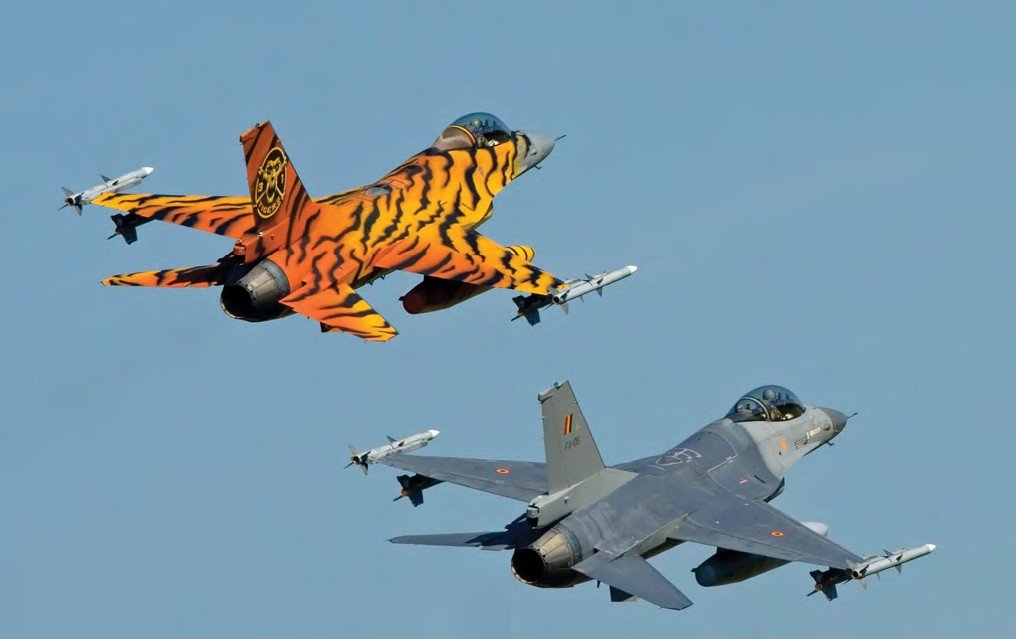 Belgium, the Netherlands and Luxembourg started sharing their air surveillance Quick Reaction Alert (QRA) task on January 1, putting in effect an agreement to maintain a single QRA for the nations’ combined airspace dated March 4, 2015. The three nations signed an additional technical arrangement in late December, covering details of the initial agreement. Royal Netherlands Air Force Commander Lieutenant General Dennis Luyt, his Belgian counterpart Major General Frederik Vansina and Pierre-Louis Lorenz, the ambassador of Luxembourg in the Netherlands, signed the TA during a ceremony at Rotterdam Airport in the Netherlands on December 21.

The signing ceremony was also attended by the Dutch and Belgian Ministers of Defence, Jeanine Hennis-Plasschaert and Steven Vandeput.

Until January 1, the Netherlands and Belgium each maintained a national QRA with two F-16s on a 24/7 alert status. The Belgian jets also covered Luxembourg airspace, which does not have its own air force. The Royal Netherlands Air Force and the Belgian Air Component now alternate the QRA task on a four-month rotational basis. Belgian F-16s currently provide the BeNeLux QRA: Dutch jets take over on May 1. Belgian QRA aircraft fly from either Florennes or Kleine Brogel, Dutch F-16s operate from Leeuwarden or Volkel. Both nations’ QRA-assigned F-16s are armed with two AIM-9L or AIM-9M Sidewinder and two AIM-120B AMRAAM air-to-air missiles. In the Netherlands, the QRA aircraft are guided by the Air Operations Control Station in Nieuw Milligen, while the airspace of Belgium and Luxembourg is controlled from the Control and Reporting Centre at Glons. The aircraft operate under NATO command.

One important reason for sharing the QRA task is to free more aircraft and personnel for other duties, including participation in international operations like the air strikes against the socalled Islamic State in which both nations have recently been involved. This will be even more important once the F-16 is replaced by the F-35A, which in the case of the RNLAF means a combat aircraft force reduction of 61 to only 37. The BAC intends to replace its current fleet of 59 F-16s with 34 F-35As.