Thirty years ago, the Shuttleworth Collection’s DH88 Comet Grosvenor House returned to flight for the first time – and made a memorable public debut.The man at the controls, George Ellis, recalls his formative experiences of the scarlet racer WORDS: BEN DUNNELL 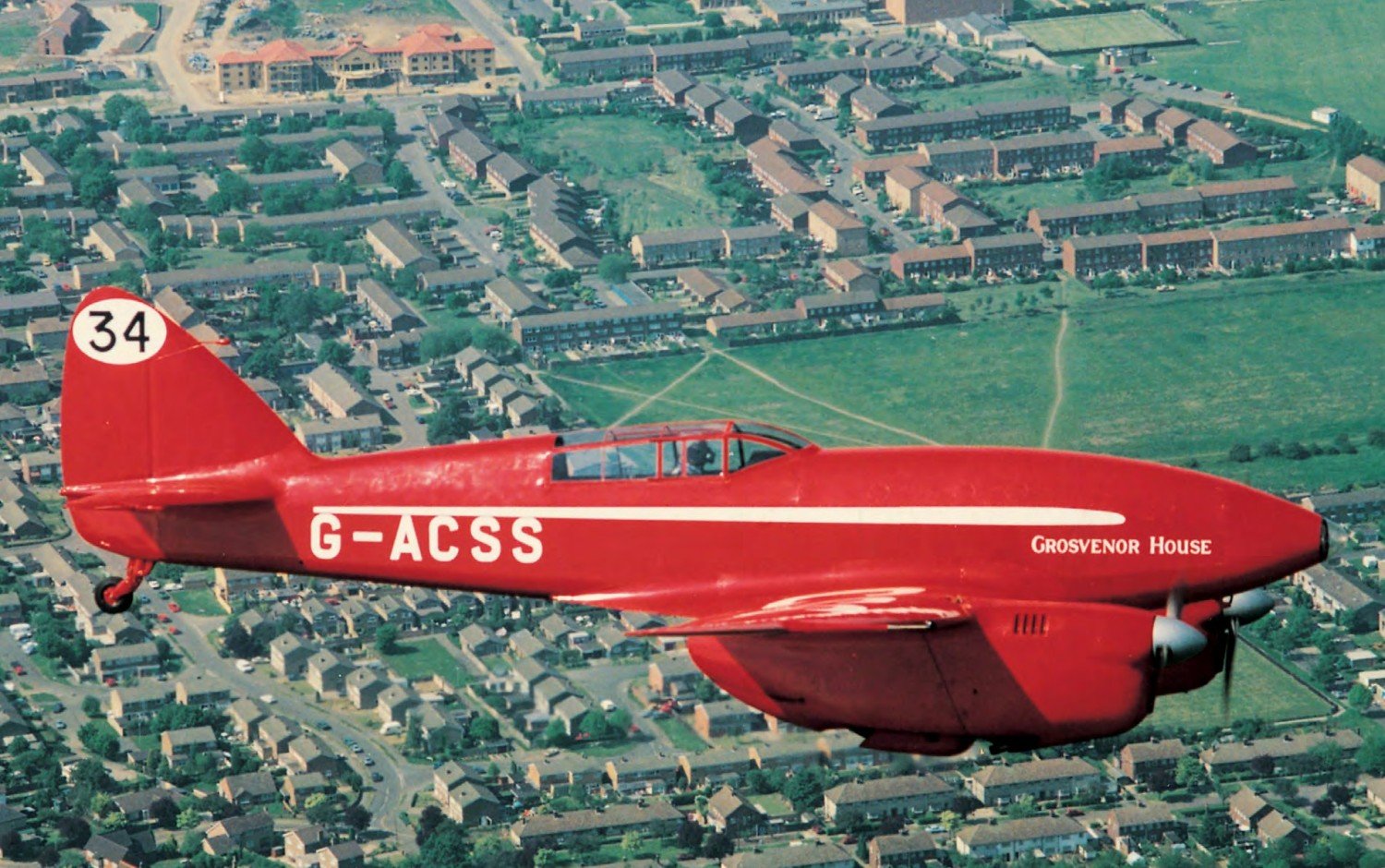 The first air-to-air sortie with DH88 Comet Grosvenor House after its restoration was finished in 1987.
AIR PORTRAITS VIA AEROPLANE

It was somehow meant to be. For its first public post-restoration appearance, de Havilland DH88 Comet G-ACSS Grosvenor House found itself back at RAF Mildenhall, the airfield from which it had flown into history. The original occasion, of course, was the start of the MacRobertson Air Race to Melbourne, Australia, in October 1934. The return was in May 1987, for the Suffolk air base’s then annual Air Fete. Just as it had all those years before, the red racer made for a magnificent spectacle.