US Marine Corps F-35Bs headed back to sea in October and November 2016, this time aboard the USS America, for the third phase of developmental test (DT-III) and a proof-of-concept demonstration. 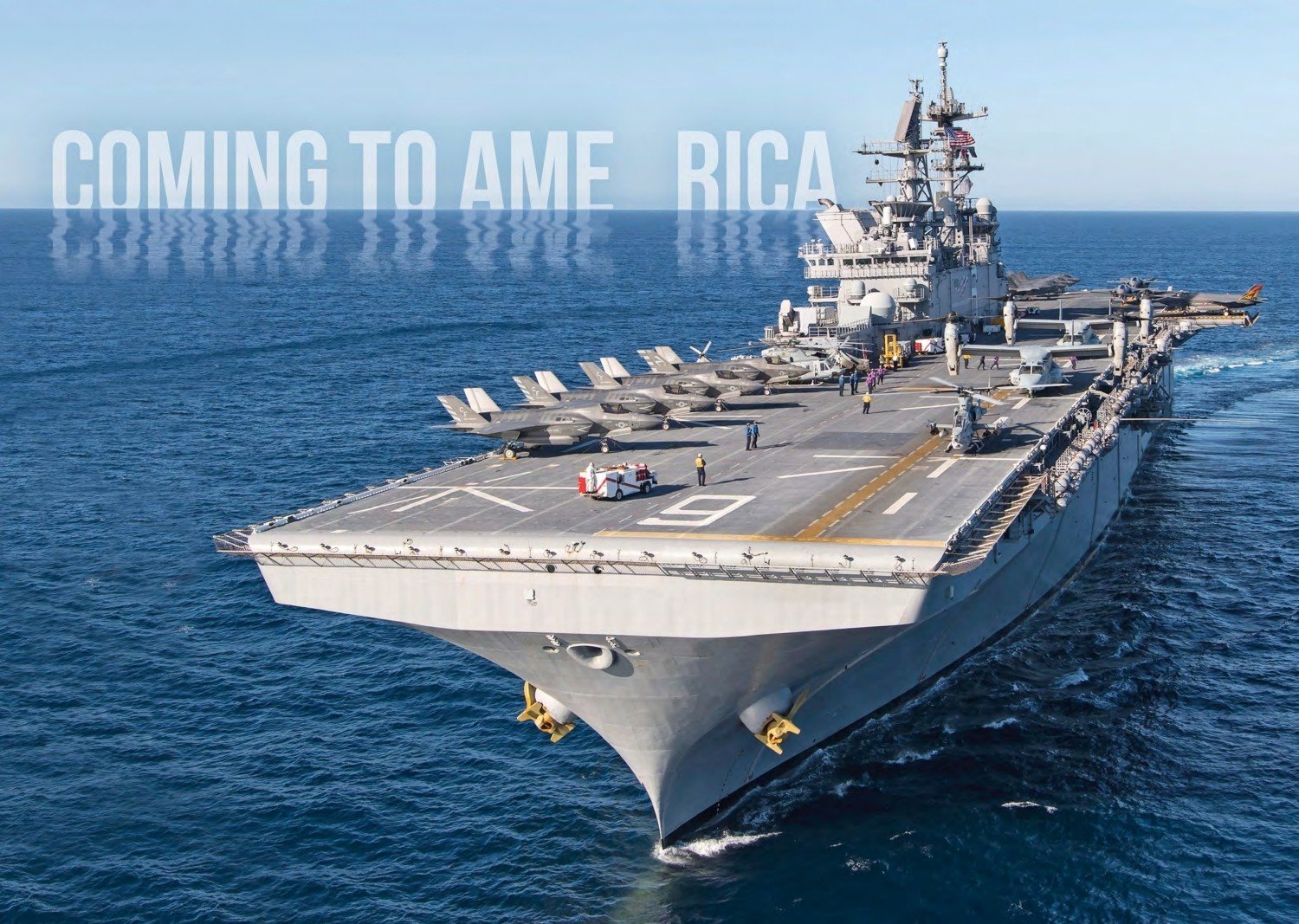 F-35Bs, AH-1Z, MV-22Bs and UH-1Ys share the flight deck of the amphibious assault ship USS America (LHA 6) during the latter stage of DT-III and the proof of concept phase.
Lockheed Martin/ Andy Wolfe 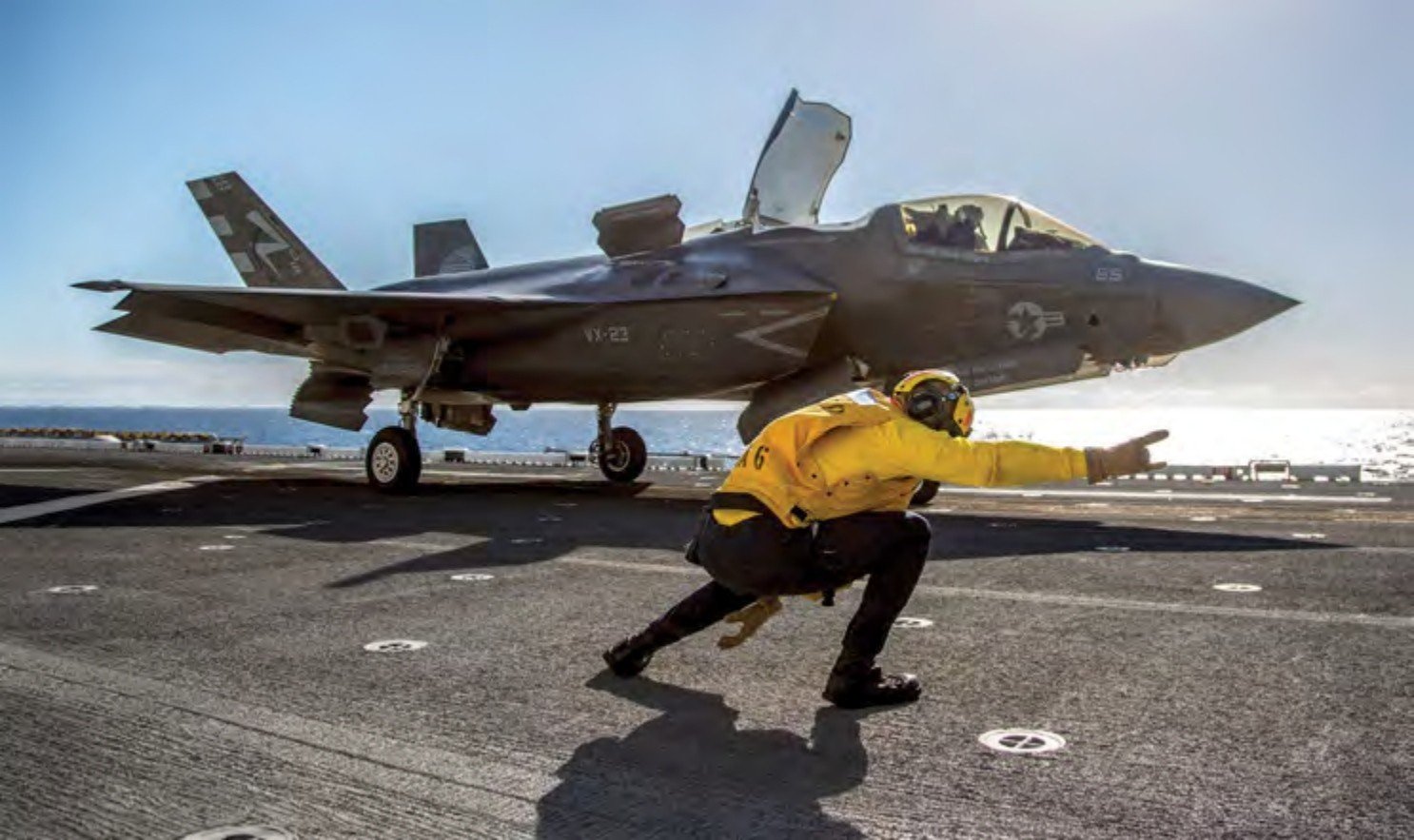 HAVING DECLARED INITIAL operational capability (IOC) in July 2015, the US Marine Corps is busy ticking the necessary boxes in order to deploy its Lockheed Martin F-35Bs into the field. Seven Lightning IIs were embarked for the initial developmental test (DT) work as part of DT-III. Five F-35Bs landed on the Corps’ newest amphibious assault ship, the USS America (LHA 6), on Friday, October 28, as the vessel cruised off the coast of southern California. An additional pair joined them the following day.