IN THE COMPANY OF LEGENDS 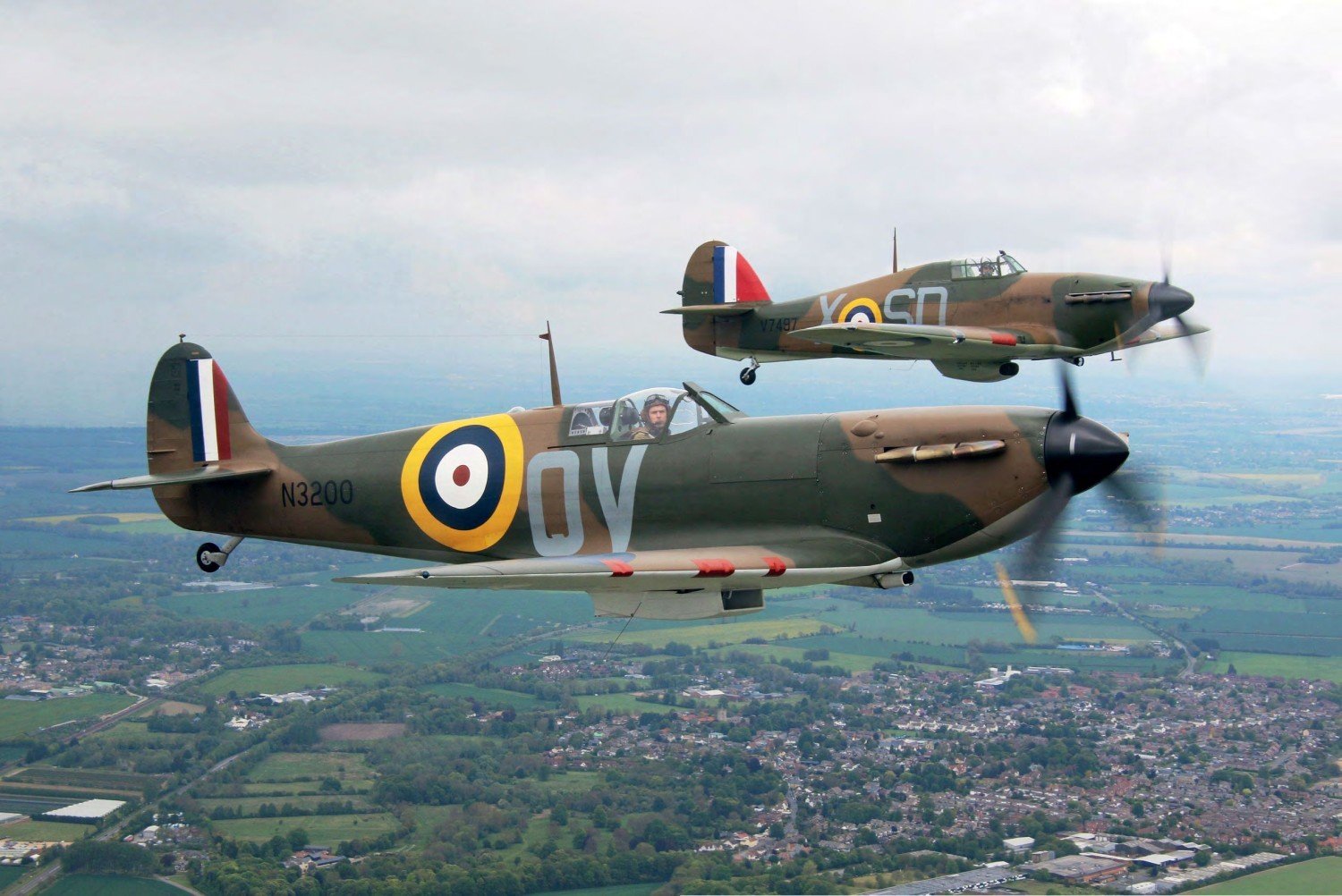 With each of the fighters taking the lead throughout the experience, the photographic opportunities are firstrate. ALL KEY-JAMIE EWAN

As we climb sedately away from the hallowed ground of Duxford in the splendour of a 1943-built de Havilland Dragon Rapide, both its Gipsy Six engines purr reliably. Before long, their rhythmic song is broken by a growing snarl as a Spitfire tucks in beside us, a truly emotive sight. Suddenly from behind, another iconic shape appears in the form of a Hurricane. The next 20 minutes feel as though they simply disappear as you become gripped by the sight of two fighters dancing around the vintage airliner. With one last salute, the pair peels off, leaving the Rapide powerplant’s melody to soundtrack the rest of the flight. Inside the cabin, it’s smiles galore as the lucky few try to grasp what has just happened. But then it hits – we’ve just shared a piece of sky with the Battle of Britain’s finest.