The former US Navy aircraft completed the first of several test flights on January 2 (see March issue) and will be based at the Fagen Fighters WWII Museum. The machine now represents BuNo 72534 Death N’ Destruction, the mount of VF-83 ace Don McPherson during its time operating from USS Essex in 1945. The same fighter was also flown by Bill Kingston Jr and Lyttleton Ward, both of whom also became aces flying various Hellcats.

In a remarkable reunion, Don – now aged 99, and the only one of the trio still living – was able to see the restored Hellcat in person when it stopped at Beatrice, Nebraska, on March 28. 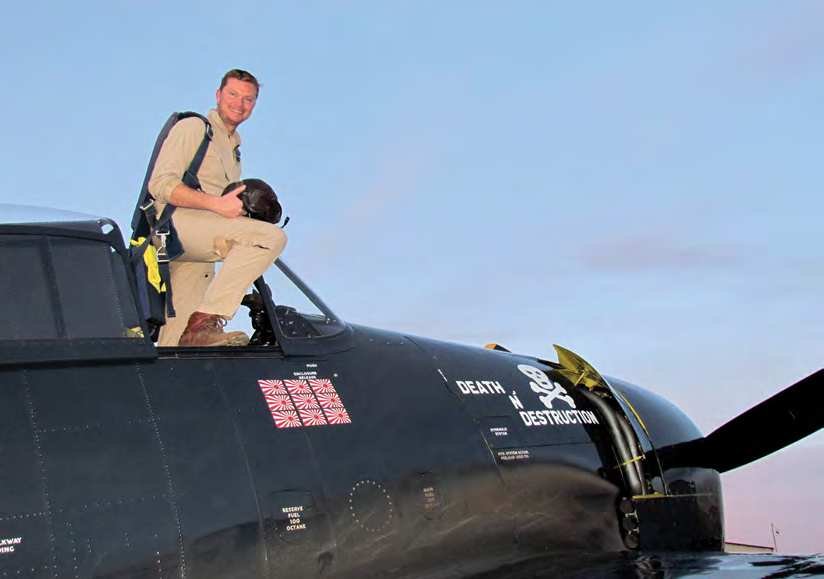 Steve flew the Grumman alongside Evan Fagen in North American P-51D Mustang Sweet Revenge at the event, which was attended by hundreds of Don’s family, friends and local supporters.

With the Hellcat safely delivered to Granite Falls, Evan flew it for the first time on April 5. Visit: www. fagenfighterswwiimuseum.org