Gordon Smith catches up with some of the key players from Embraer and Helvetic Airways, as the Swiss carrier adds the E195-E2 to its fleet

HB-AZI has been spotted in Hamburg, Germany, since joining the Helvetic fleet in late June
V1IMAGES.COM/DIRK GROTHE 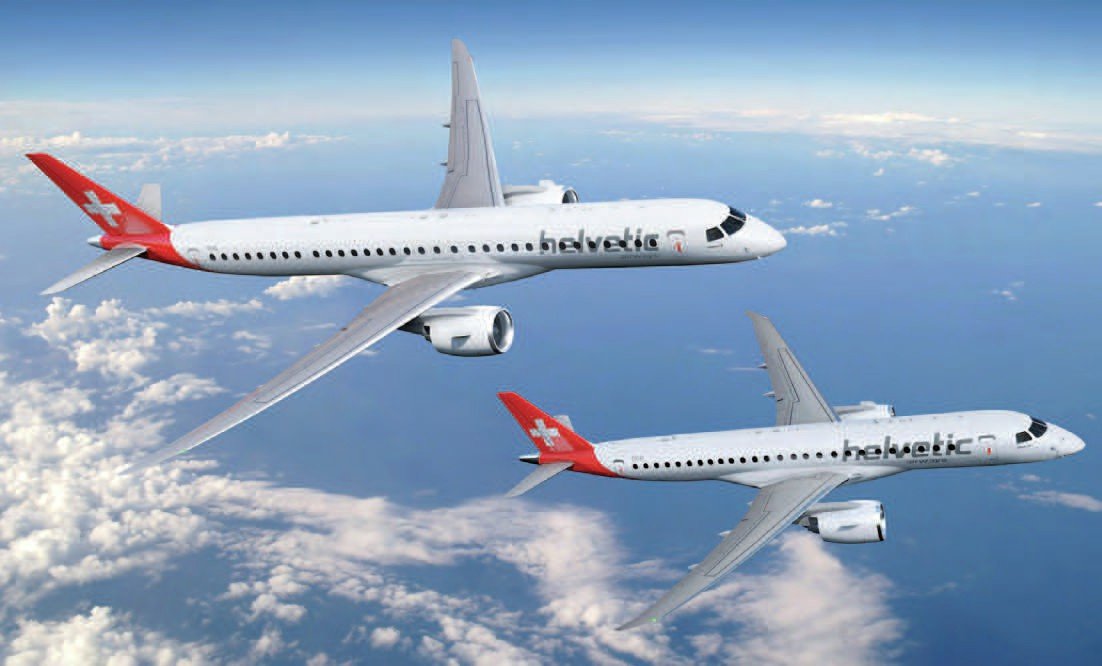 Just a couple of years ago, joining a Helvetic Airways service would likely have meant getting on board either a Fokker 100 or Embraer E1 jet. Fast forward to now, and it’s a rather different story. While the pandemic raged across the airline’s core European markets, the Zürich-based carrier was busy overhauling its fleet in the biggest shake-up in the company’s history. It’s farewell to the Dutch examples, and hello to a new generation of regional narrowbody in an all-Brazilian line-up. Complementing a quartet of Embraer E190s are a dozen E2s – comprising both the E190-E2 and E195-E2, with the latter touching down at Helvetic’s base for the first time in late June. The arrival of the largest of the São José dos Campos family of jets marks a major milestone, both for the airline and the manufacturer.