During his time as an RAF photographer, Rick Brewell was involved in two air-to-air photoshoots with Concorde. He explains to editor Dino Carrara about the challenges of those sorties. 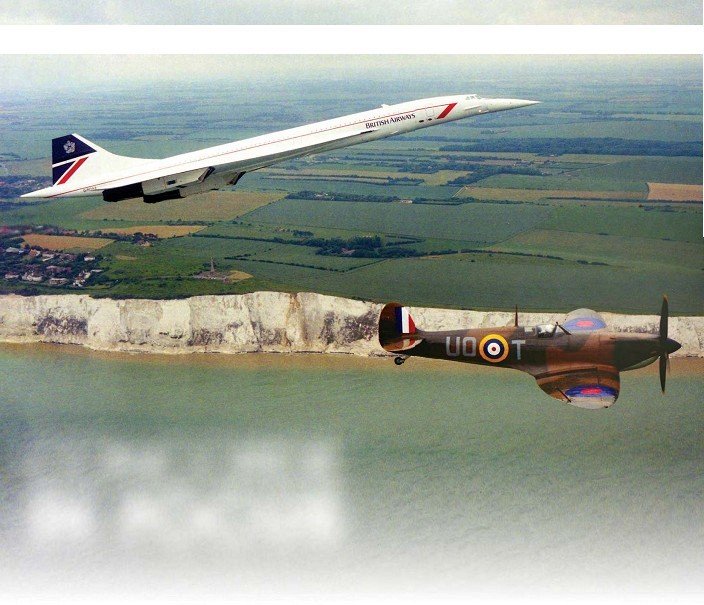 Two icons together. A British Airways Concorde and BBMF Spitfire with the famous white cliffs in the background along with The Dover Patrol Monument. This memorial pays tribute to those who lost their lives keeping the English Channel open for navigation during the World War One. It also honours those in the Royal Navy and Merchant Navy who were killed in the Dover Strait from 1939 to 1946 (sic).
All photos WO Rick Brewell (ret’d)/MOD 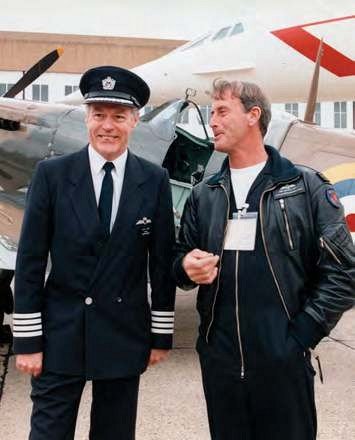 Sqn Ldr Paul Day, then OC of the BBMF, shares a joke with Concorde captain Jock Lowe. Both were present at the event held for the debut performance of the ‘Speedbird Salutes The Few’ piece of music on June 13, 1990 commissioned by British Airways.

As I drove to London’s Heathrow Airport on June 13, 1990 for an assignment, I knew it was going to be a memorable day, both on the ground and in the air. However, unlike thousands of other people making their way to the busy hub that Wednesday, I wasn’t catching a fight. Instead, I was covering an event involving veterans from the last world war and two legendary aircraft.