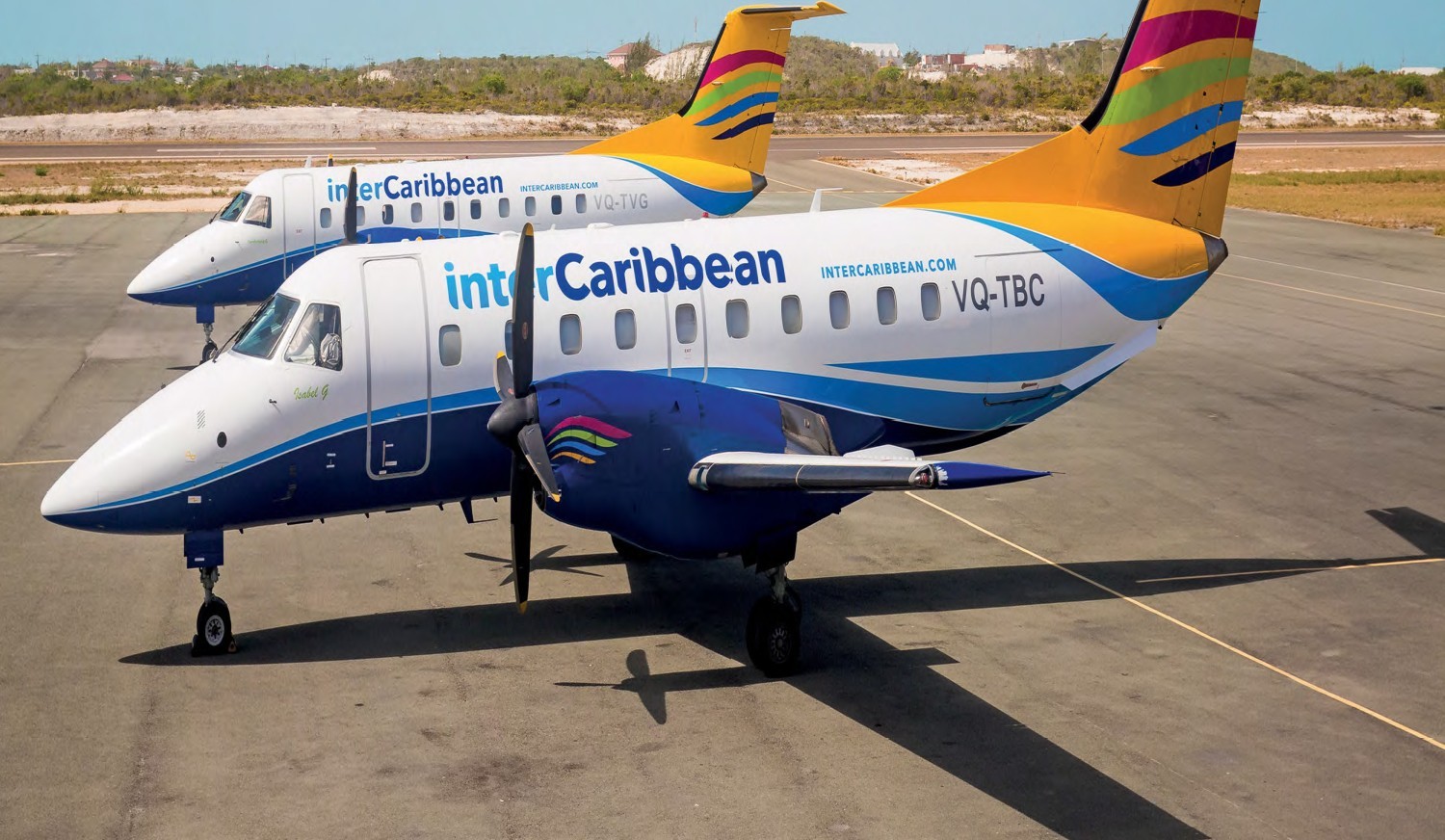 EMB 120RT Brasilias on the hard stand ahead of the next flight.
All photos interCaribbean Airways

It might seem unlikely that an air taxi company operating a single Cessna light aircraft for on-demand services linking the three airports in the Turks and Caicos Islands could grow to become a vitally important regional carrier linking most countries in the northern, western and eastern parts of the Caribbean region. But in the space of 25 years a carrier that began flight operations on February 6, 1992 as InterIsland Airways and has subsequently seen two name changes – first to Air Turks and Caicos in 2003 and then in 2013 to interCaribbean Airways – has done just that.