Up in the Contrails 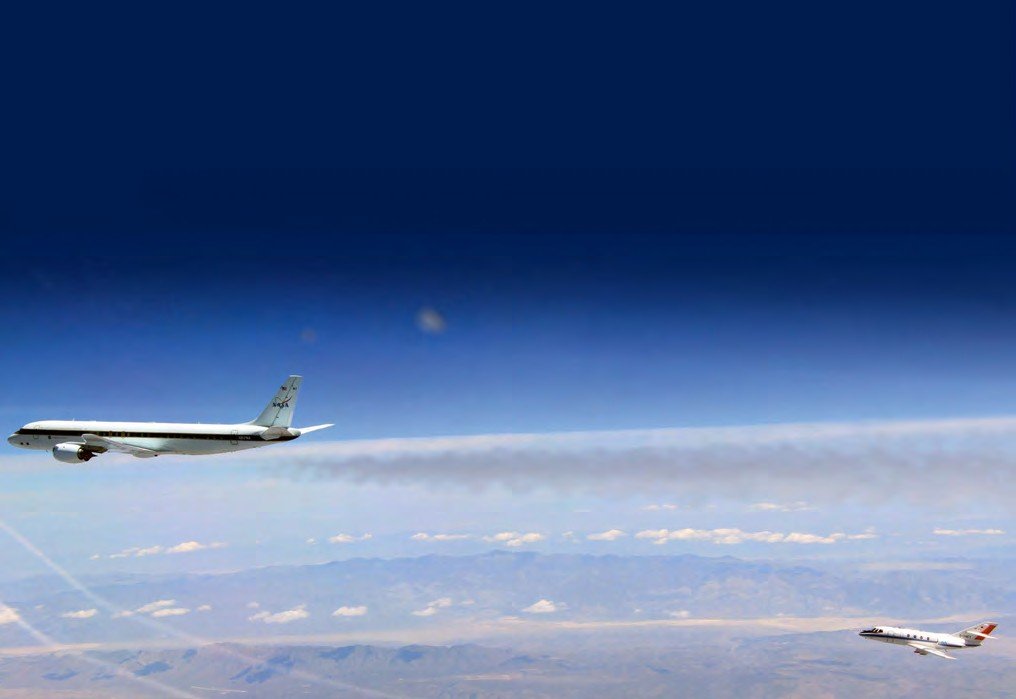 The DLR Falcon trailing behind the NASA DC-8 as part of the test flights studying particle emissions from biofuel.
DLR

Biofuels can halve soot emissions from jet engines, NASA’s Alternative Fuel Effects on Contrails and Cruise Emissions Study (ACCESS) has found. Research flights took place in 2013-2014 but only now have the results been published after years of study. The key finding was soot particles were 50-60% lower compared to contrails from engines burning 100% Jet A1.

The flights involved three research aircraft – NASA’s HU-25C Guardian, a Falcon 20 from the DLR (German Aerospace Centre) and the National Research Council of Canada CT-133 – which took turns trailing behind NASA’s DC-8 at distances ranging from 300ft (90m) to more than 20 miles (32km) to measure emissions from the DC-8. That aircraft’s engines burned a 50-50 blend of aviation fuel and a renewable alternative fuel of hydro processed esters and fatty acids produced from camelina plant oil.