Maintaining excellence in close air support is the raison d’être of No 4 Squadron of the Royal Australian Air Force. Phil Buckley reports from this unit of No 78 Wing at RAAF Base Williamtown, New South Wales to learn more of its specialist role.

No 4 Squadron PC-9/A(F) A23-031 takes off from RAAF Base Tindal, Northern Territory, during Exercise Pitch Black 2016. The unit’s pilots are trained to replicate other close air support platforms including bombers, fighters, gunships, light attack aircraft or helicopters.
CPL Terry Hartin/Commonwealth of Australia 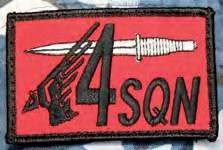 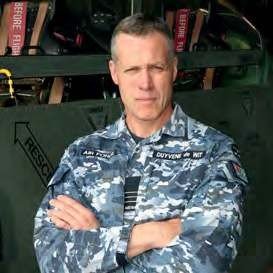 The commanding officer of No 4 Squadron, WGCDR Michael Duyvene de Wit. His 20 years’ RAAF service includes periods as an instructor with No 44 Wing – part of the Surveillance and Response Group – and as flight commander of his current squadron.
Phil Buckley

With four Pilatus PC-9/A(F) basic trainers on its books, No 4 Squadron is no ordinary training unit. Described as an air services integration squadron, it teaches personnel how to employ air power and support ground commanders in a close air support (CAS) environment. WGCDR Michael Duyvene de Wit is the commanding officer, overseeing a small but specialised and effective unit with six to ten aircrews and 25 uniformed maintenance staff, along with combat and logistics controllers, office and life-support staff. He told AFM: “4 Squadron is highly efficient due to very bright and capable personnel.”