Evergreen Aviation Technologies (EGAT) in Taiwan is to undertake conversion work for the 767-300 Boeing Converted Freighter (BCF) programme, which will involve modifying passenger 767-300s into freighters. The first 767 to be converted will enter EGAT’s facility this year, with redelivery as a BCF anticipated in 2018. EGAT has carried out airframe conversions for Boeing before. In the 2000s it produced the manufacturer’s fleet of Boeing Dreamlifters, the converted 747-400s used to transport fuselage subassemblies for the 787 from subcontractor factories to the Dreamliner assembly lines in Seattle and North Charleston. EGAT also converted a 747-400 into a Propulsion Test Platform for GE Aviation in 2014. The 767-300BCF will have similar cargo capability to the 767-300 production freighter, with approximately 50 tonnes of structural payload and 24 pallet positions on the main deck. The aircraft will have a range of approximately 3,000 nautical miles (5,550km) and a 412,000lb (187,270kg) maximum takeoff weight.

The 767-300BCF is one of several conversion programmes underway that are giving former passenger airliners second lives as freighters. A BCF option for 737 Classic models is already available, and a 737-800BCF programme launched in February 2016 is due to deliver its first aircraft later this year. Meanwhile, Airbus has a passenger-tofreighter (P2F) conversion option for its A320/ A321 and A330 families. The A320/A321 P2F was launched in 2015 in partnership with EFW in Germany and ST Aerospace in Singapore. The first A320 P2F is due to be delivered to Egyptair in 2018. 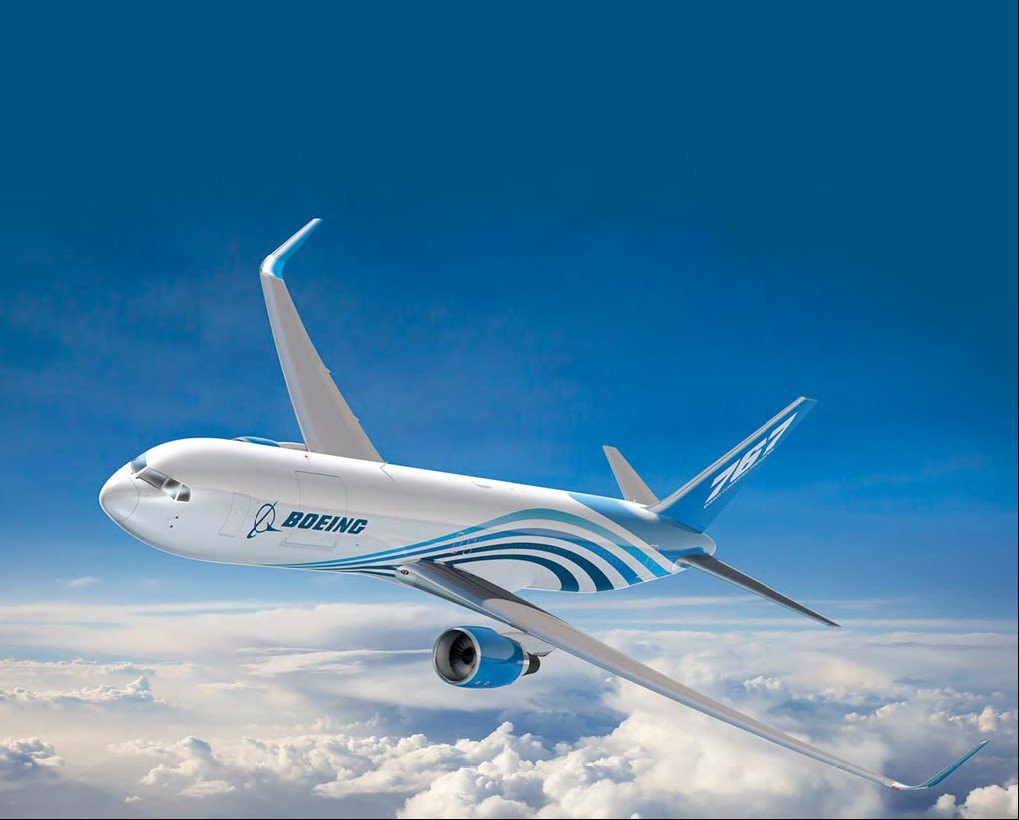 Boeing has received 27 firm orders for the 767-300BCF. Its latest current market outlook forecasts a need for 400 conversions in the widebody aircraft segment over the next two decades. Boeing